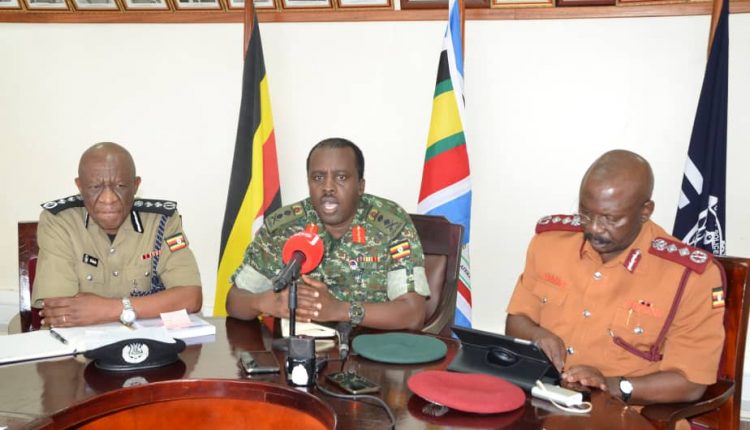 Kampala; 28th August, 2018; Unwanted Witness-Uganda, is deeply concerned by the repetitive threats being issued by different security agencies targeting dissenting opinions on the Internet following the arrest and torture of Hon. Robert Kyagulyanyi Ssentamu and 33 opposition politicians ahead of a by-election in Arua district, North Western region of Uganda.

In a space of only two days, the state’s security machinery has turned guns to Internet users announcing a crack down on dissenting voices online under the guise of curbing hate messages.

“Such threats by security agencies are undemocratic, unconstitutional and violate internet freedoms as they are meant to instill fear among Internet users who have in the past weeks used the platform for a common cause,”said Dorothy Mukasa, Chief Executive Officer, the Unwanted Witness Uganda.

She noted that the state has persistently exhibited disrespect for Internet freedom in Uganda through application of repressive cyber laws to criminalize any dissenting opinion, a practice that violates National, regional and International human rights standards.

Article 29 (a) of the 1995 constitution of the Republic of Uganda guarantees citizens’ right to freedom of speech and expression, including freedom of the press and other media. This is further reaffirmed by Article 19 of the Universal Declaration of Human Rights and the International Covenant on Civil and Political Rights, stipulating that “everyone has a right to hold opinions without interference, and to seek, receive and impart information and ideas of all kinds through any media and regardless of frontiers.”

In the past two weeks Ugandans particularly the youths in Uganda, East Africa and other parts of the world were visibly active online under the #FreeBobiWine campaign, calling for the release of jailed and tortured political prisoners in Uganda, this has been the highly trending hashtag in the history of internet use in Uganda.

However Ugandan security agencies particularly the police are known in the past for creating different cyber units used for cracking down on freedom of speech online. In 2017 Unwanted Witness documented over 25 Ugandans who were either arrested, kidnapped or interrogated by police for their online expression. These included, journalists, academia, artists, activists and serving army officers among others.

Unwanted Witness therefore calls upon the constitutional court to expedite the process of determining the numerous constitutional petitions that challenging Uganda’s repressive cyber laws including section 25 of the Computer Misuse Act, 2011 as filed in 2017.