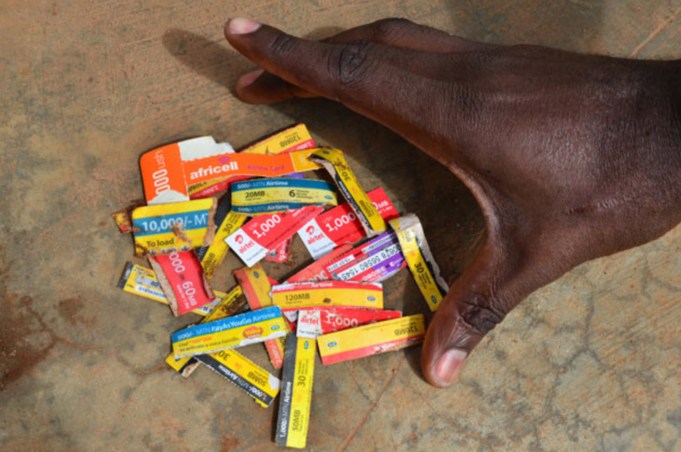 Kampala, July 24th  2018; Ugandan media is a washed with concerns of scratch card phase out as the deadline of July 31st 2018 set by Uganda Communications Commission roams.

The decision calls for a far-reaching concern, and regarded as a threat to the growing access to information  levels in the country.

It takes a minimal three hours for a peasant mother in Benet Parish in Kapchorwa district, to access a mobile money agent in Cheptui trading Centre, who opens his shop at mid-day. But the same peasant previously needed to just walk a stone-throw away distance to reach a retail shop for an airtime card. This is a retrogressive effect to the Social lives of Ugandans.

The right to access information as provided for in Article 41 of the 1995 Constitution is subsequently threatened.

While Technology presents multiple secure and convenient means to load airtime, the regulator ought to as well consider areas that are far from the high-end of the technological revolution.

Hardly a month after the introduction of a retrogressive Social Media and Mobile Money tax, the regulator issues a sweeping directive banning scratch cards without necessarily considering the structural set up of the supply chain of the product.

Telecom Companies have of late been pushed to the extreme, with severe threats of license cancellation once they stand to object to some of the government directives with traits of malice associated to national security.

Telecom Companies have often held regional agents’ meetings stressing their intention not to extend any further networks of supply of a service, in spite of their thin presence in the countryside.

In Nadunget Parish in Moroto district, a Mobile Money agent plies through the six Villages and beyond once a week, to transact business for the locals on top of a surcharge of 2,000 before any transaction.

This is a clear indication of the thin presence of the service, which effective July 31st will be determinant of airtime loading abilities. Unlike Mobile money, airtime is not an option which can be substituted with a similar service, as there isn’t any.

Situations have risen even in the most high-end urban areas where a meagre 500/= worth of airtime has saved a life, not dependent on the availability of a Mobile Money service.

This situation puts access to airtime at a crossroads, not only in the rural, but also urban set ups will suffer a similar fate.

UCC derives this decision from a spate of kidnaps and murders by assailants in the country, with profuse hardship to attach scratch cards to this particular criminality. However there is no proof that electronic airtime loading curbs criminality.

How often do you just stand at a retailer’s stall, loading airtime cards in a rush, just defines how convenient scratch cards are, later alone user friendly. The level of believability attached to scratch cards, gives the consumer a handy of trust, even after scratching.

UCC shares that about 23 million Ugandans have Mobile Money accounts, at least according to Mr. Ibrahim Bbosa, but they should also know that this does not necessarily justify accessibility of the service amongst consumers, just like commercial banks would keep dormant accounts before holders would decline them.

And besides, not every penny on the mobile money account is meant for airtime since many saving groups keep their float on handy and convenient mobile money accounts. This therefore remains an eminent threat to the growing saving culture amongst Ugandans, a norm that had evaded the Ugandan society.

The egocentric comparisons drawn by UCC in regard to Canada, Austria and other economies, are all far to reach examples compared to Uganda. A fact that Canada has introduced a Tax on digital service suppliers, doesn’t justify Uganda government to institute OTT. The economic scenery, the reach and visibility details are all against the odds in the practice.

While many high-end market consumers would fancy electronic top up options like easy load, me2U payway, pebuu and electronic voucher credit, we also ought to plan for the middle and all other lower-end market customers, whose phone sets are everything but life.

It is not too late yet, UCC can always get out of difficult situations just like it is with the OTT charge on social media and mobile money tax.

Uganda does not have the economic muscle yet to do away with scratch cards, much as options are visible. A large bulk of the Country’s economy is sustained by the informal sector, occupied by semi-literate men and women who have nothing to do with hi-tech but their businesses are run on phone. This is likely to affect their productivity due to lack of proper response mechanisms.

While the country appreciates the ever-changing times that call for high technological pulse by all, economies do not just wake up to respond to shocks and slumps but collapse.

The phone economic dependency syndrome is at its record highest in the business sector, which would require deeper shocks to respond.

Recommendations would float in, but staying the decision would sound ideal until telecoms set up to the task structural networks to provide a growing service.