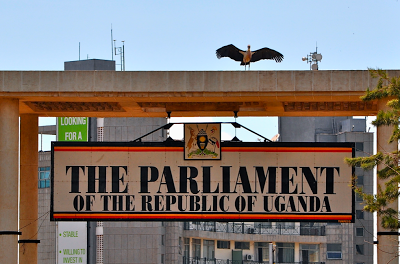 Kampala, 08th/01/2016; Barely six months after the Anti Terrorism Act, 2002 was amended the government is plotting to amend the same law targeting how civil society organizations attract funds. In a move activists at the Unwanted Witness Uganda have described as targeting the civic political space, the government of Uganda seeks to curtail foreign funding which goes to opposition political parties and other civil society organizations through making draconian amendments to the Anti- Terrorism Act 2002.

The new Anti-terrorism Amendment Bill was introduced on the floor of parliament on December 24th 2015 by the Internal Affairs Minister Rose Akol Akullo who sought parliament to discuss and pass the amendments within that period without going through the line committee (The Defence and Internal Affairs).

The new amendment, and the nature in which it was presented according to the Rubaga South MP John Ken Lukyamuzi, was intended to put barriers on opposition political parties during the forthcoming elections and other civil society organizations from receiving foreign funding to carryout their activities.

In June 2015, parliament passed the Anti- Terrorism (Amendment) Act giving the Inspector General of Police (IGP) broad powers without judicial scrutiny to freeze or seize assets he deems linked to terrorism. It authorizes the IGP to order any financial institution to freeze any account it holds if he “has reason to believe” that the account contains funds “reasonably linked or intended for terrorism activities. If the funds or property in question are not held in a financial institution, the IGP is authorized to seize them.

The current law to sidelines judicial oversight processes for any surveillance activity to be carried out. Currently, the government is using the said loophole/ gap in the Anti-Terrorism Act 2002 and the Regulation of Interception of Communications Act 2010 laws to orchestrate targeted surreptitious surveillance on HRDs and political opponents. This According to Jeff Wokulira Ssebaggala the Chief Executive Officer of the Unwanted Witness Uganda is ‘aimed at furthering the shrinking civic political space in Uganda’.

The Unwanted Witness Uganda respectfully calls on the government and parliament in particular to desist from the habit of passing draconian legislations aimed at stifling political dissent and other fundamental human rights and freedoms. The above act has led to the continued shrinking civic political space in Uganda.