Discriminated by the Digital Identity Ecosystem.

The 23-year-old Janet is a mother of two children and operates a mobile phone shop in Uganda’s capital, Kampala for a living. As a sole breadwinner, Janet (using the first name to protect her anonymity) works hard to pay school fees for her firstborn as well as contributing to the welfare of her mother in the village. She had never thought of owning a bank account until late June 2019, after realizing that keeping money at home was no longer sustainable.

Janet decided to open up a savings account with her dream bank, United Bank of Africa, where she comfortably filled all the account opening forms only to be told shunned for lack of a National Identity Card. Although it is not listed among the account acquisition requirements, the bank says it is imposed by the central bank.

The rejection resuscitated Janet’s painful experience she had endured for the past 11 months struggling to register and obtain a national ID from a government agency, National Identification and Registration Authority (NIRA) all in vain.

“Processing an ID at NIRA is a nightmare….I lost revenue while queuing at NIRA without any success and now all I get is exclusion from public services,” frustrated Janet narrates.

Janet’s financial exclusion story is a clear demonstration of how the ID system touches upon a wide spectrum of people’s lives making it essential for the system to be considered through a human rights lens. Access to identification and public services affects all fundamental rights, including political, social, economic and cultural rights.

President Yoweri Museveni launched the system in 2014 but before attaining full coverage, government is reportedly developing a digital system to ensure that only National ID holders are able to access healthcare services at public health facilities, currently an ordinary Ugandan cannot obtain services including,  a passport, government education scheme, recruitment in security forces, SIM card and a bank account without a National ID.

The integration of national identity database with access to public services is highly concerning considering that close to 20% of Ugandans do not have a National ID and many others who have lost their IDs are excluded by either delays when applying for replacements or the cost of UGX 50,000 (USD 14).

More concerning is the absence of a legislation safeguarding citizens’ fundamental rights during the integration process, as government agencies simply make institutional decisions with little or no communication to the public leaving many citizens excluded from services contrary to the constitution. Article 21(1) of the 1995 Uganda constitution states that “All persons are equal before and under the law in all spheres of political, economic, social and cultural life and in every other respect and shall enjoy equal protection of the law.”

“What service providers are doing is illegal since it is not provided for anywhere in Ugandan laws,” Peter Walubiri, a legal expert asserted.

The electronic ID system is the country’s largest data-intensive system that has ever existed, however, integrating national ID and public services fails to factor in the numerous challenges crippling the ID system, ranging from lack of proper budget and staffing to fully meet its mandate, bribery among others. 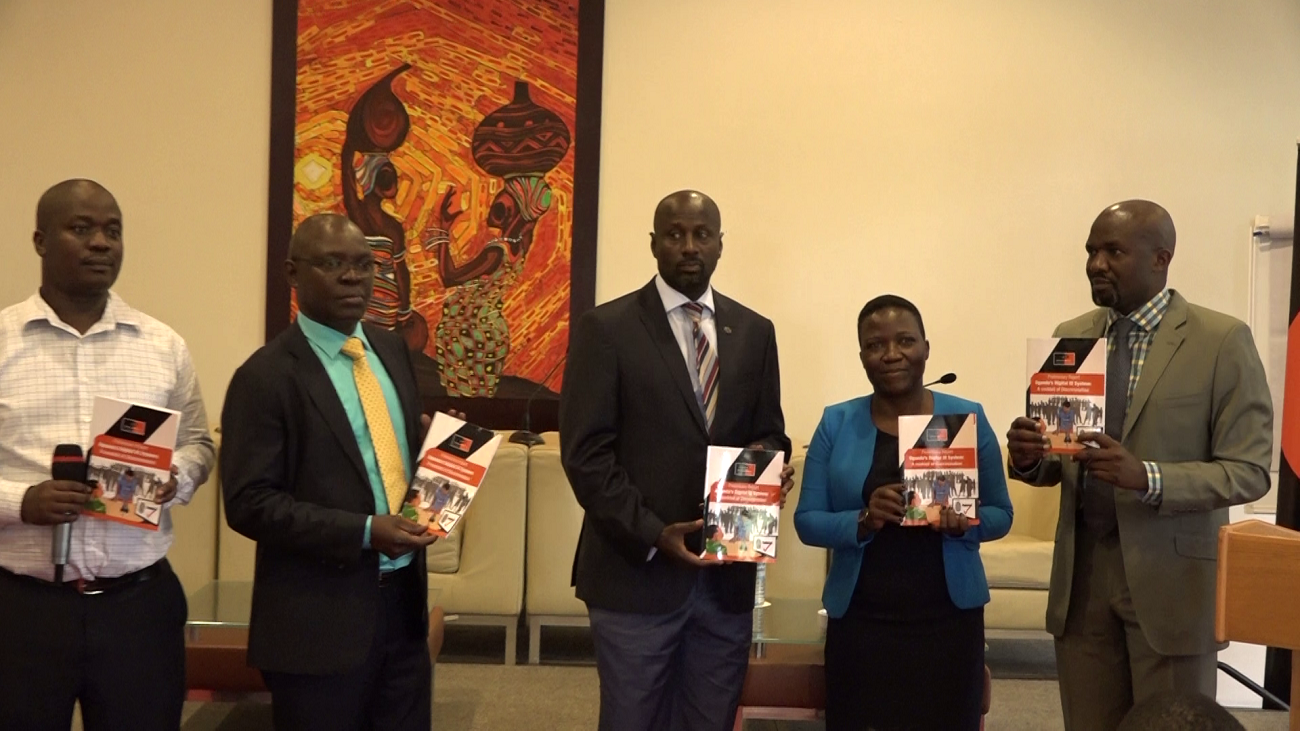