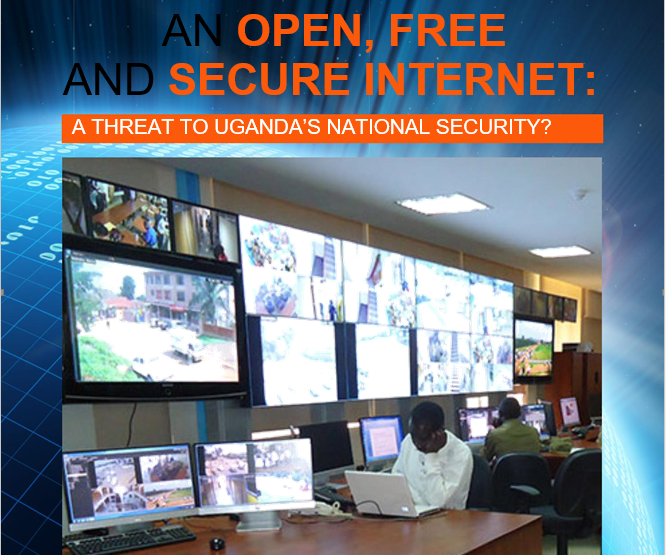 Kampala, 31st/07/2018; A new report by Unwanted Witness Uganda is raising concerns about the increased enactment and application of restrictive laws disguised as protecting public order to unlawfully infringe on fundamental freedom online by different government agencies in Uganda.

According to the report titled ‘An open free, and secure Internet a threat to Uganda’s national security?’ several Human Rights Defenders including, Civil Society actors, online activists, Journalists and minority communities are constantly facing reprisal as government continues to restrict citizen critical voices in the pretext of “protecting national security.”

“While Uganda government is using restrictive legal mechanisms to justify exceptional surveillance and criminalization of Internet use, there isn’t any national law regulating what would otherwise constitute the legitimate, necessary and proportional state’s involvement in communication surveillance,” reads parts of the report.

The report notes that the absence of such legal safeguards have resulted into unlawful infringement on citizens’ right to privacy and consequently threatening the protection of the right to freedom of expression and opinion online.

Article 27 (2) of the 1995 Uganda Constitution stipulates that that “no person shall be subjected to interference with the privacy of that person’s home, correspondence or other property,” while Article 29 (1) (a) states that “every person shall have the right to freedom of speech and expression which shall include freedom of the press and other media.”

Regrettably existing laws and policies whose spirits and letter serve to undermine these constitutional guarantees. These range from monitoring and intercepting personal communication, vague and broadly defined provisions, lack of independent judicial oversight to procurement of infectious malware.

The report thus calls upon Parliament to amend the retrogressive provisions in the Cyber laws to meet human rights principles of legitimacy, necessity and proportionality.