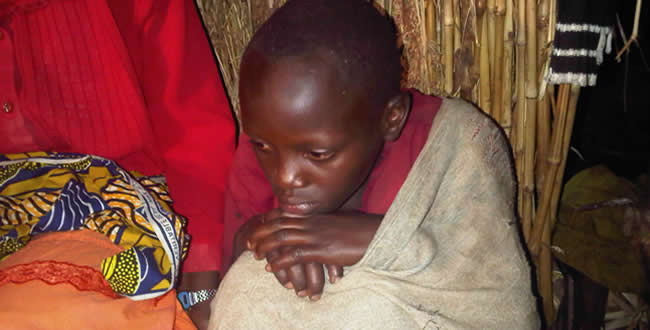 Gender Based Violence (GBV) is a result of power inequalities powered discrimination based on gender. GBV is now more than ever entrenched in the social beliefs, systems, perceptions, attitudes about women and men and their roles in society; it includes; Domestic Violence, Violence against Women and Sexual Based Violence.

Whereas the 1995 constitution of Uganda reinforces the principles of equality and prohibits discrimination of all forms including based on sex, among others1, it also protects the rights of women2 mandating the state to accord women full and equal dignity of the person with men, and provides a very strong platform for gender mainstreaming in all sectors, GBV still manifests itself in Uganda.

While the government of Uganda and a number of NGOs have had a number of interventions that aimed at eradicating GBV. These interventions majorly targeted rural community populations and the society poor. Many urban dwellers and working women were reached hence the existence of GBV among the middle class.

The many programs that aimedat ending Gender Based Violence never took root, and more actions to stop the vice need to be carried out. Various researches show that there is raised awareness on some, however the increased violence against women in the middle class needs to be addressed.

Women and girls statistically make up the majority of the victims of GBV worldwide and the same is true of Uganda. GBV affects both sexes of society and the country. Therefore, while GBV is often mistakenly seen as a “woman’s issue”, long-term solutions to prevent and respond to GBV must include the participation of men and boys. Strategies to prevent and respond to GBV must therefore include dialogue between men and women, boys and girls, aimed at changing the cultural, social, economic and other systems and structures that deny human rights and equality between women and men. Existing efforts to involve men and boys in fighting GBV should be encouraged and be taken into account in prevention and response activities.

GBV is a form of injustice. Women fear taking their cases to courts due to their cultural background that does not encourage them to address relevant issues through courts. Even those who overcome the issue of fear face the challenge of paying for costly legal assistance. Whereas many discriminatory laws have been revised, difficulties persist in that the populations are not informed about the gender sensitive laws that have been enacted, nor are they informed about their rights under these laws.

Gender-based violence (GBV) remains rampant despite of various measures adopted to address it. A significant number of gender discriminatory laws have been revised, although not exhaustively, but their dissemination needs to cover the entire nation. Different influencing factors have been identified including poverty, ignorance, consumption of alcohol, to name a few.

Nature and Extent of GBV

While several legal instruments and policies have been passed to curb GBV, the practice has not withered. It has instead increased notwithstanding that a number of interventions to curb it have been undertaken both at national and community level. Several studies over the years have pointed to high levels of gender-based violence in Uganda as majorly a rural norm and practiced by the societal poor. In a recent study/ survey of working women in corporate companies/ organizations it was reported that many interviews were suffering, have suffered physical violence. Over 35% reported having suffered some form of marital violence. In the majority of cases, the perpetrators came from the community – predominantly husbands or ex-partners. While all this happened only 2% reported the violence or wished to talk about it. Many preferred to suffer silently and felt ashamed to talk about the violence they were facing.

Its from this backdrop that Unwanted Witness is currently undertaking documentation of various cases of GBV among Ugandans middle class with legal support to victims in order to obtain justice.

1 Article 21 Equality and freedom from discrimination