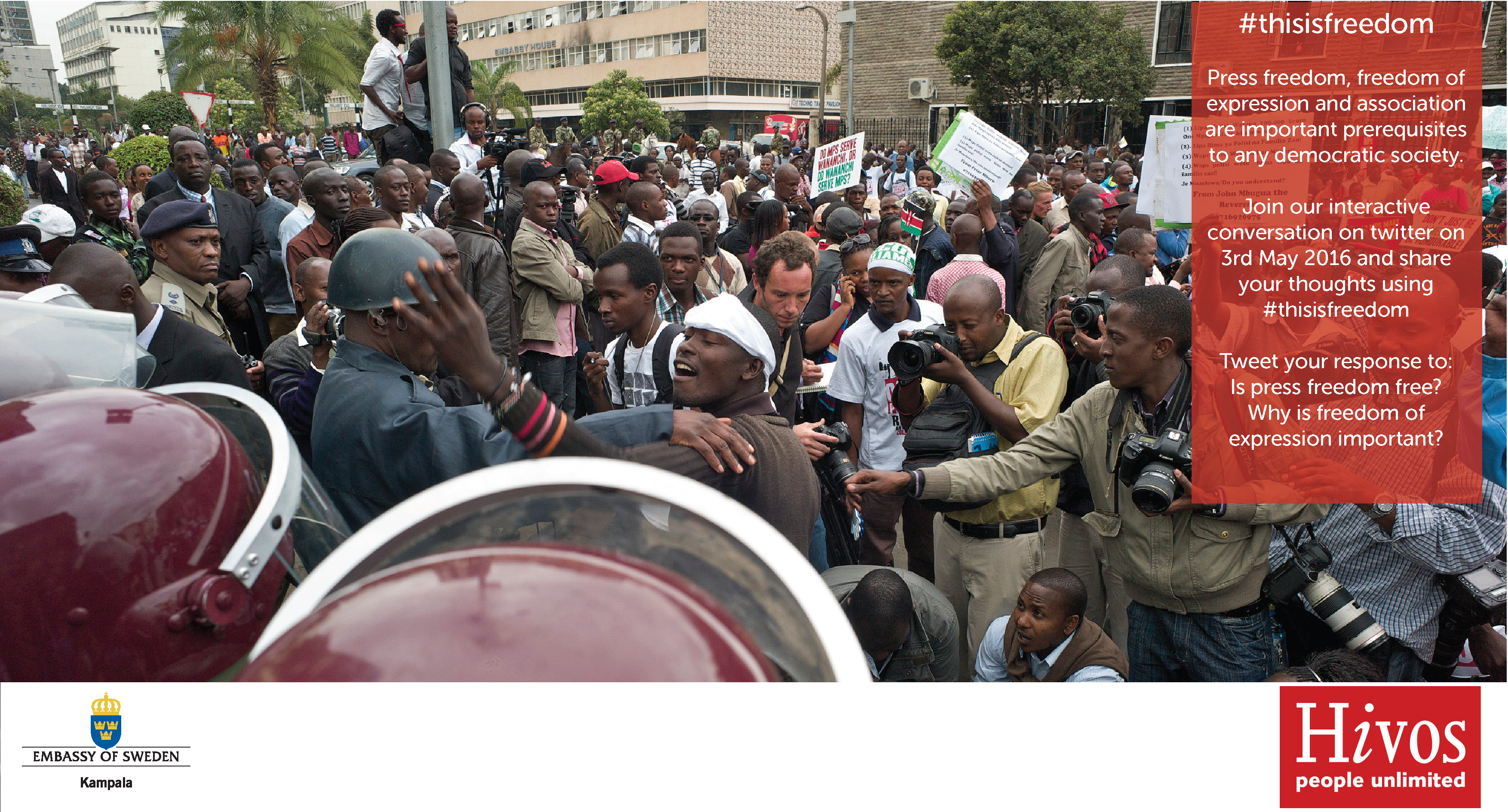 Kampala, 3rd/May/2016, As Uganda joins the rest of the world to mark this year’s World Press Freedom Day, the Unwanted witness Uganda welcomes the move by government to table the Data Protection and Privacy bill 2015 before Parliament and calls upon Parliament to widely consult stakeholders to ensure that once passed into law, the law carries expressed views of citizens, promotes and protects citizens’ right to privacy which is a gateway to other freedoms including expression.

State minister of Finance and economic monitoring David Bahati presented the long awaited Bill before Parliament on 20th April 2016 on behalf of Information Communication Technology (ICT) minister John Nasasira. The bill is currently before the committee and consultations are expected to start soon.

Considering that in Uganda today we are living in quantified society, 20 years since the promulgation of the 1995 Constitution of the Republic of Uganda, there’s been no law to enforce article 27 of the 1995 Uganda constitution which prohibits interference with any person’s privacy, home, correspondence, communication or other property.

The absence of the law has not only had a whopping negative effect on journalists’ sources but the entire civil society organisations and Human Rights Defenders as their communications have been intercepted with impunity according to Privacy International “For God and My President” report and the collected information is used for blackmail, intimidation, office break-in for NGOs’ office and used to conduct illegal arrest and detention of activists and Netizen.

Well as, we are excited about the bill, the day has come at a time when the government is seeking to amend the Uganda Communications Commission Act to delete the Parliament’s oversight role to the ICT regulator and give a minister far-reaching powers to make decisions without being accountable to any state institution apart from the presidency. The Unwanted Witness in concerned by this move and foresees increased incidents of bloggers and Netizen get arrested and detained, more individual journalists will be fired from their jobs and media houses arbitrarily being closed down for expressing critical views to the establishment via either online or offline medias.

Also, the amendment will cause further blocking of the Internet as witnessed on the February 12th election eve with impunity whose actions grossly affected free expression and citizens’ participation in elections.

The Unwanted Witness recommends that Parliament stay the amendment to the Uganda Communications Commission Act but rather review all Uganda’s cyber laws because they present a motive of controlling of how people should use the internet, criminalize gadgets like computer, platforms and content online among others.

We also call upon Parliament to withdraw all citizens’ personal information or data that has been generated without protection mechanisms over the years by private companies on behalf of the government to avoid further misuse or abuse until the law is in place that would guide on access.

We are also disturbed by cases of direct online intimidation and harassment against Netizen by groups suspected to be with a connection to security apparatus in this country for posting critical materials. For a period of six months, we have documented about 5 (five) cases of intimidation and harassment. Most victims have either been ordered to delete their posts published on social media or face arrests by individuals masked their identity under a different profile photo. We believe free speech or expression flourish where there’s tolerance and respecting other people’s views.

We demand that police investigates this group of people and take necessary measures to ensure that online space remains free and open to promote freedom of expression and media.

“The situation highlighted above presents little on the positive side, which is likely to affect the enjoyment of online freedoms especially freedom of expression and privacy online. Ugandans deserve a better environment where opinions and thoughts are expressed freely without fear of intimidation or harassment among others” says, Jeff Wokulira Ssebaggala, the Unwanted Witness Chief Executive Officer.

Unwanted witness Uganda is a civil society organization that advocates for an open, free and secure Internet that contributes to the realization human rights and good governance in Uganda.