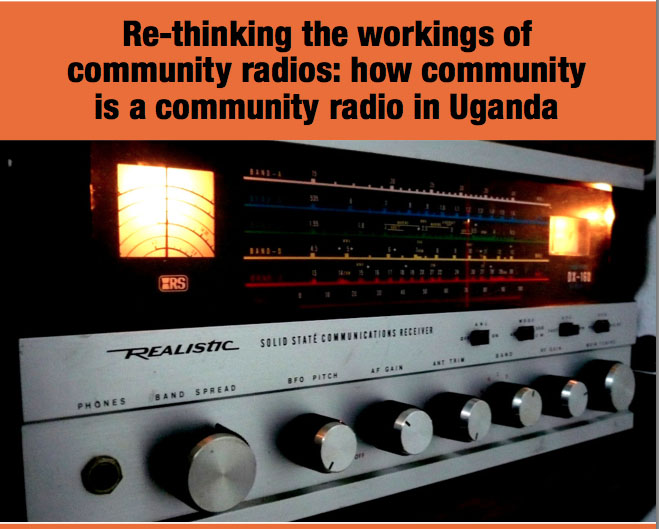 The media in Uganda was owned and controlled by the state until the liberalization of the economy in 1990s. The liberation saw the establishment of privately owned media houses that opened up for business. The liberalized radios provided alternative platforms and voices to especially hard to reach areas focusing originally on issues that affect the communities to which they serve. Through the media and especially radio, the communities were able to bring out their views which would reach those in leadership positions and the communities would receive in good measure feedback through the same medium of information exchange.

Radio has been noted to be the most common means of communication and information dissemination, the sending and receiving of information from leaders to people has been facilitated easily by radios. This has too enabled and empowered them through access to information over radios. Unfortunately many of the largely established radios in Uganda have a limited frequency that does not cover the entire country. This thus leaves many communities not served by the said radios. To bridge this gap, many non-state actors established community based audio media to relay information to particular communities based on linguistic, or ethnicity. These have positioned themselves as community ears and mouth pieces. The community radios do not only provide the communities they serve with timely information and news; they too have facilitated development in the said communities.

Community radios are currently experiencing various capacity gaps especially in utilizing various Information Communication Technology tools and financial constraining. Hence this has limited their niche and relevance. While many are using community based content in their programming, they are influenced heavily by the commercial radios in operating. Added to the above community radios have experienced

political control and patronage which has stood as a stooge in their development and purpose. Coupled to the above they are subjected to the rigorous and unfavorable legal and policy framework as that of the commercial radios hence limiting their anticipated service through regulatory control.

The study aimed at establishing a deeper understanding on how community are community radios; analyzing the legal environment, use of technology; ownership; and source of funding for community radios in post conflict areas. It mapped the environment and proposed recommendations for action that is expected to facilitate the growth of community radios.