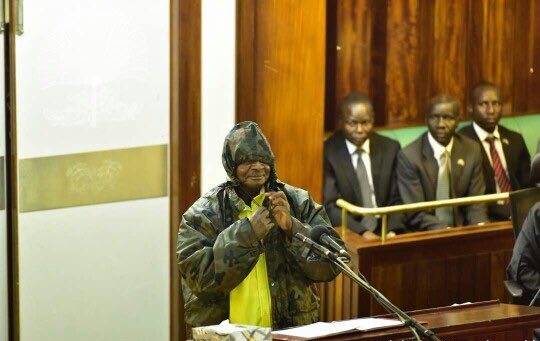 The surveillance plan follows spate of kidnaps and murders by unknown assailants in the country. Delivering the government’s security plan to Parliament the president said government will among other measures intensify social media monitoring, establish a modern forensic laboratory to mandatory capture citizens’ DNA and palm prints, all vehicles be installed with monitoring gadgets and acquire electronic number plate as well as installation of spy cameras on major towns and highways among others.

Article 27 (2) of the 1995 Uganda Constitution states that ‘no person shall be subjected to interference with the privacy of that person’s home, correspondence, communication or other property.’ The enjoyment of the right to privacy is further guaranteed by the African Union convention on Cyber Security and Personal data protection and Universal Declaration of Human rights and International Convention on Civil and Political Rights.

“We have the full confidence that the government works to maintain security of individuals and property, but its ought to do that in a transparent and accountable manner backed by an established legislation”. Says Dorothy Mukasa, the Chief Executive Officer, the Unwanted Witness-Uganda.

While Unwanted Witness-Uganda condemns in the robust manner the spate of insecurity in the Country, we also believe having a privacy and data protection law enacted before the Presidential directives are executed is critical to avoid gross data abuse by the same individuals charged with data collection responsibilities.

The Privacy and Data protection law provides for guideline to data usage, storage, retention, establishes an independent data authority and proposes punitive measures in cases of abuse, manipulation or otherwise.

Since 2016, the Parliament of Uganda shelved the Privacy and Data Protection bill, 2015 despite the numerous data collection processes by both state and non-state actors.

Unwanted Witness therefore recommends that; Parliament should urgently pass the much-awaited Privacy and Data Protection Bill, 2015 into law to protect the citizens’ personal data and privacy.