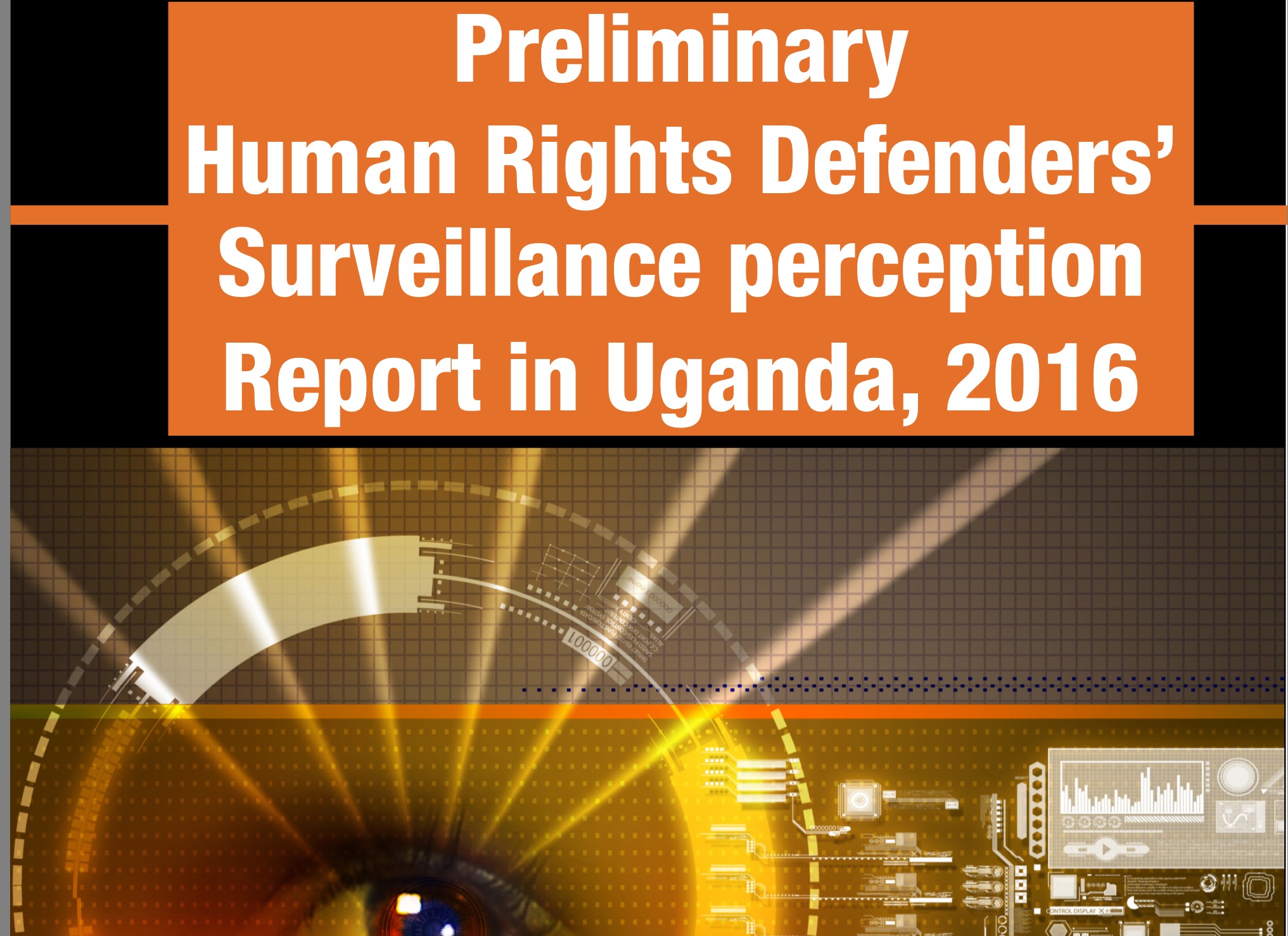 Kampala, 26/12/2016; Human Rights Defenders (HRDs) in Uganda’s capital, Kampala have expressed fear that Ugandan government is likely to retaliate as a result of their work due to state’s secret surveillance according to the Unwanted Witness Preliminary report on the Impact of surveillance to HRDs. Majority HRDs feared that monitoring of their activities online and information being collected through state surveillance is likely to be used against them as individuals or institutions in different ways including cause of disappearances.

The preliminary report which focused on HRDs in Kampala including lawyers and activists, is part of a national report which was commissioned by the Unwanted Witness and its partners from 2016 to 2017 to establish HRDs perception towards state surveillance in Uganda, its impact to their work and lives. The final national report will be released late April 2017.

According to preliminary research findings, all HRDs interacted with have time and again experienced interference during their online or telephone communication while some have even lost their communication equipment under unclear circumstances. The digital threats experienced by HRDs include attempted break –ins to HRDs’ emails and other social media accounts, interceptions of phone communications as well as spamming and messages of hatred.

“While some HRDs have taken steps to reduce their exposure to these risks and threats as well as mitigate the consequences, majority lack the knowledge, skills or the capacity at both individual and institutional level to deal with the increasing sophisticated surveillance and cyber attacks being meted out by the government,” reads the report.

The 2015 investigative report by Privacy International indicated that government had procured an intrusion malware FinFisher from Gamma international. The malware was used to infect hotel Wifis in Kampala, Entebbe and Masaka and Parliament’s Internet among others, targeting its critics namely; opposition political activists, journalists and Human Rights Defenders in NGOs among others.

Besides surveillance, government is increasingly arresting and detaining HRDs and activists because of their online activism. Laws such as the Penal Code Act, Computer Misuse Act 2011 and Anti Terrorism Act 2002 among others are being used to find charges against HRDs.

According to the preliminary report, the use of such retrogressive laws greatly impacts on people’s enjoyment of their right to privacy since the state has broad powers to intercept communications and surveillance without judicial oversight.

Government should amend retrogressive laws and policies such as the Regulation of Interception of Communications Act 2010, Computer Misuse Act 2011 and the Anti Terrorism Act 2002 because they give broad powers for communication interception and surveillance;

Expedite the passage of the Data Protection and Privacy bill to guarantee the right to people’s privacy and data protection;

HRDs need to be empowered with necessary tools, knowledge and skills to reduce their vulnerability to online risks and threats;