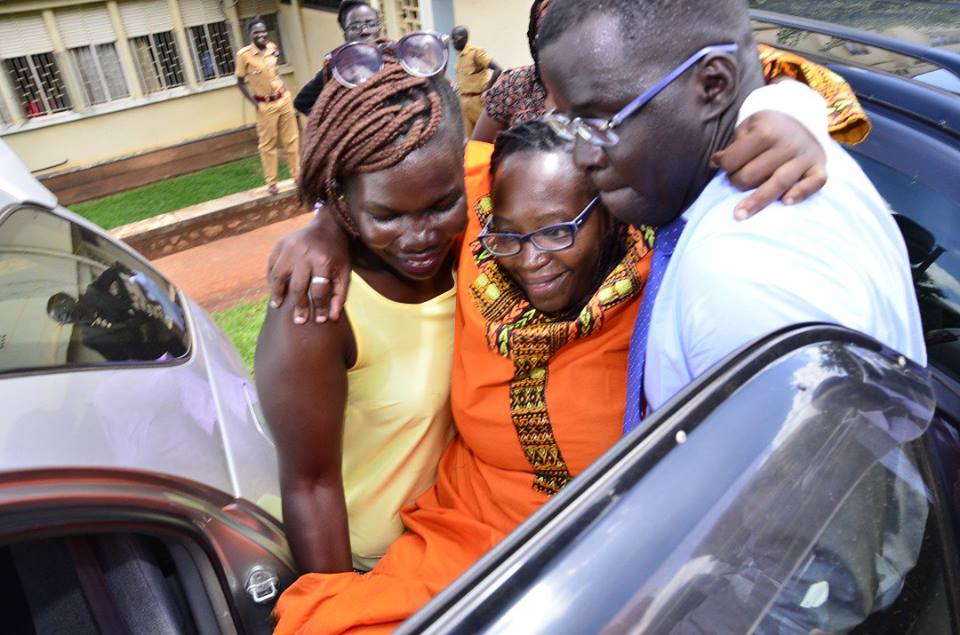 Kampala, 10, May 2017; Dr Stella Nyanzi, a research fellow at Makerere University, who has spent 33 days on remand at Luzira Maximum prison, has today been granted bail by Buganda Road Court Magistrate Eremye Mawanda.

Nyanzi who is facing two counts of; cyber harassment and offensive communication contrary to sections; 24 (1) (2) (a) and 25 of the computer misuse act 2011 was however given tough conditions of Shs 10m non cash, deposited her passport to the courts on top of refraining her from involving in acts that border to subjudice rule during the subsistence of the case.

Her five sureties including Jeff Wokulira Ssebaggala, the Chief Executive Officer at Unwanted Witness-Uganda, a digital rights non-government organisation, Dr Moses Khisa, a research associate, Solome Nakaweesa, Shillah Nnyanzi, a law advocate and biological sister to the accused, and Nana Annet were directed to pay Shs 10m not cash too.

However, unlike in the past, Nyanzi whose trial was adjourned to 25th May 2017 for her lawyers to respond to State’s application in respect to having her mental status examined, appeared indisposed coupled with three collapses on different spots including the dock in which she was allowed to seat throughout the court session.