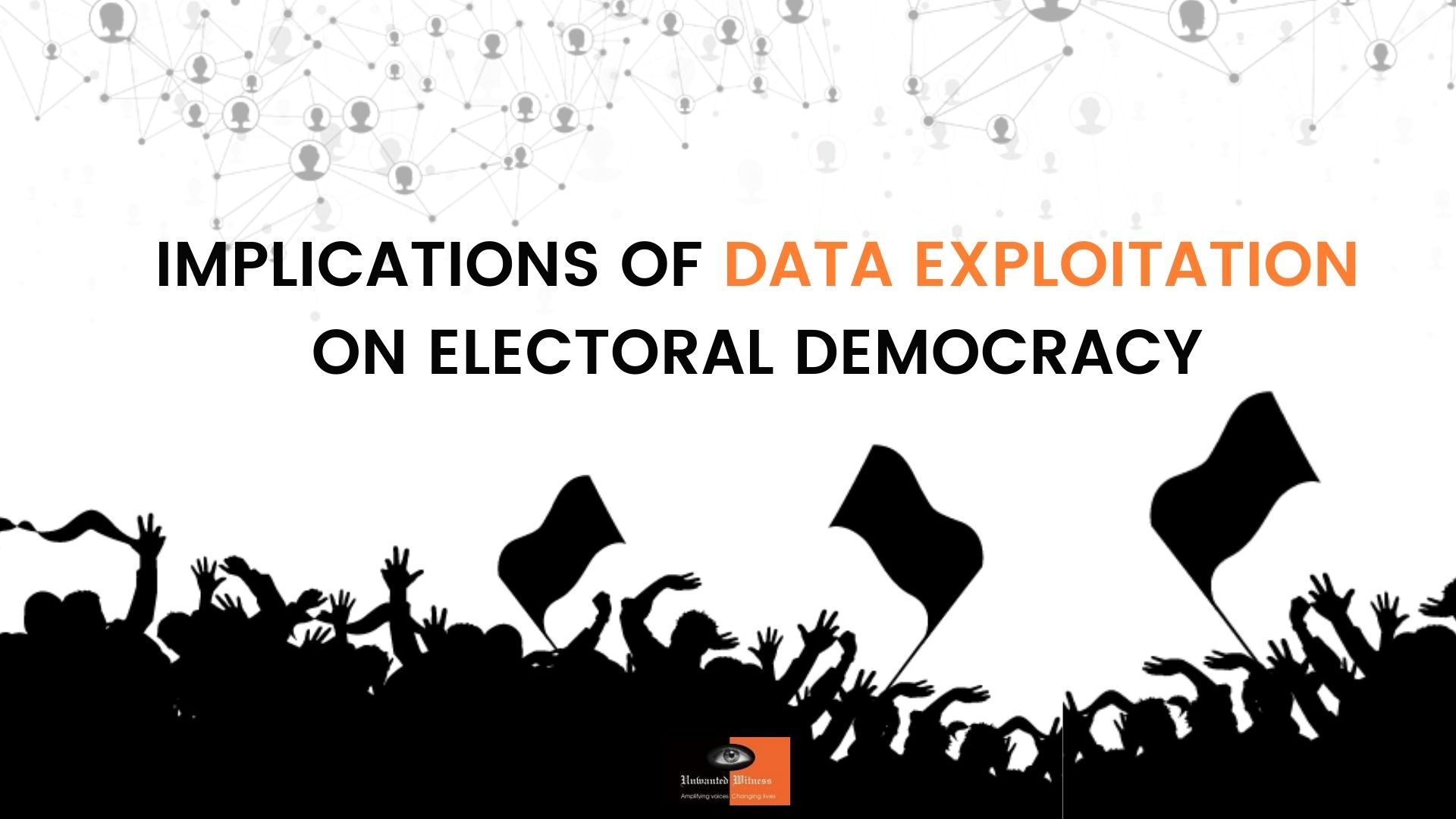 The last decade has seen an explosion in the use of digital tools in political campaigning. Perceptions have also changed in that time. The use of social media was first foreshowed as a positive revolution in the mass engagement of voters. More recently we have seen serious allegations of misinformation, misuse of personal data, and overseas interference. Concerns that our democracy may be under threat have emerged.

Unwanted Witness considers that there are certain baseline safeguards that should be in place.

Democratic engagement is increasingly mediated by digital technology, from campaigning to election results transmission. These technologies rely on collecting, storing, and analysing personal information to operate. They raise novel issues and challenges for all electoral stakeholders on how to protect our data from exploitation.

The entire election cycle is increasingly data-dependent. This is particularly the case with digital political campaigns which are ever data-driven. This campaign environment presents novel challenges due to the scale and range of data available together with the multiplicity, complexity and speed of profiling and targeting techniques. All of this is characterised by its opacity and lack of accountability. Existing legal frameworks designed to curtail this exploitation often also fall short, either in substance or enforcement.

At Unwanted Witness, we are interested in what is “behind the curtain” – what data has been collected and inferred about you that has resulted in you being targeted with this content.

Through the amassing and processing of vast amounts of data, by platforms, data brokers, and other intermediaries and trackers, individuals are profiled based on their stated or inferred political views, preferences, and characteristics. These profiles are then used to target them with news and other content aimed at influencing and manipulating their view, which raises questions as to the transparency, fairness and accountability of both the data use and the campaign. This phenomenon, in turn, may lead to a number of harms including harms to individual autonomy, to civic participation, and other more diffuse harms to the integrity of the political process that may include political polarization.

In attempting to address these issues, it is essential to examine the relevant legal frameworks in place. For instance, the Data Protection and Privacy Act 2019 does not offer sufficient safeguards and it lacks regulations which makes it had to enforce. The electoral laws have not been updated to sufficiently address changes in digital campaigning, are disjointed, and lack teeth, an issue exacerbated by a lack of resources, coordination and enforcement action. As a result, they risk not being effective.

In March 2018, a British political consulting firm Cambridge Analytica that combined misappropriation of digital assets, data mining, and data brokerage and data analysis with strategic communication during the electoral processes, acquired and used personal data about Facebook users from an external researcher who had told Facebook that they were collecting it for academic purposes.

The personal data of up to 87 million Facebook users were acquired via the 270,000 Facebook users. By giving a third-party permission to acquire their data, this gave the third party access to information on the user’s friends network; this resulted in the data of about 87 million users, the majority of whom had not explicitly given Cambridge Analytica permission to access their data, being collected.

In Kenya, Cambridge Analytica ran campaigns in secret during Kenya’s 2013 and 2017 elections. The Company worked with 360 Media limited to developed online campaigns portraying “Raila Odinga as a blood-thirsty individual who is also sympathetic to Al-Shabaab and having no development agenda,” whilst portraying the incumbent President Kenyatta as “tough on terrorism, and being good for the economy.” The Jubilee Party downplayed Cambridge Analytica’s role, saying it had hired the firm’s parent company, to assist with branding.

In Uganda presidential elections of 2011 and 2016, President Museveni delivered a pre-recorded message using an automated “robocall” system in which he asked millions of mobile phone users to vote for the “man in the hat,” his trademark head gear. The use of people’s mobile numbers by the NRM without their knowledge or permission raised ethical and privacy issues.

We, therefore, need effective safeguards that reflect changes in digital campaigning both now and looking into the future. We need to see actors, from government, regulators, to political parties, taking measures to resist the current race to the bottom.

Digital campaign tools can make it easier and cheaper for legitimate campaigners to communicate with voters. It is a sign of a healthy democracy when campaigners tell voters about their policies and political views. However, we recognise that new techniques for reaching voters could reduce confidence in the integrity of elections and referendums. These techniques can be misused. For example, it could be easier for foreign individuals or regimes to illegally use people’s personal data to influence voters online without any physical presence in the country. Uganda based campaigners may also try to get around limits on spending through hidden digital activity

This section seeks to complement the above, with specific recommendations (some of which may already be legal requirements) to political parties and campaign groups as to how to avoid data exploitation.

Personal data is necessary, but without proper regulations, the law is not sufficient and cannot fully be functional. In its current state, the DPA can easily be manipulated and eventually affect the credibility of the entire electoral process. Political parties should, therefore, join our efforts to push for enactment of Data Protection regulations and amendment of different electoral laws to cater for the move to digital campaigns. Otherwise, there is no way we can have a free and fair election with the current legal regime.

Political parties and campaign groups must fully comply with the Data Protection and Privacy Act 2019, be accountable for all the work they do both directly and indirectly, and subject that work to close public supervision. They must ensure that the use of data in techniques such as profiling and targeting (by them and those with whom they work) complies with all the requirements of data protection and privacy law, including principles such as transparency, fairness, purpose limitation, the requirement to have a legal basis, rights such as the right to information, and obligations such as conducting a data protection impact assessment and applying due diligence to ensure that those third parties they work with comply with the law.

Political parties should also as a minimum:

FOR THE ELECTORAL COMMISSION

The Electoral Commission has a key mandate of protecting the integrity of the democratic process and it must, therefore, demonstrate a level of preparedness and experience to deal with the challenge that social media and other digital platforms present for elections and politics.

To that end, we recommend the following:

Since the Electoral Commission has the obligation to take measures for ensuring that the entire electoral process is conducted under conditions of fairness and transparency,  there is a need to;

This is especially relevant when it comes to voting suppression attempts by manipulating voting process information. This will go a long way in helping the commission in making accurate fact-based decisions surrounding these complex issues of data exploitation.

FOR GOVERNMENT AND LEGISLATURE

Legislators and governments must develop, strengthen and enact updated legal frameworks. Those must then be enforced by those empowered to do so, courts, oversight bodies and regulators.

These recommendations will not be our final view on these issues. We certainly do not claim to have all the answers. We also recognise that no single political actor is responsible for all the concerns raised by digital campaigning. Continuing co-operation with others such as the Ministry of ICT and National Guidance, Electoral Commission and the Parliament is vital. For our part, we will continue to monitor the trends, and put forward our views when we think we can help promote public confidence in the electoral process.

For God and My Country!

Unwanted Witness Uganda is a non-partisan and non-profit organization working on the intersection of technology and human rights.

We stand out, as an internet/ online based human rights organization in Uganda that seeks to put the power of change in the hands of citizens through the internet and online media to guarantee internet freedoms and improve the human rights situation in the country.

The core business for Unwanted Witness is the protection and defence of digital rights and internet/ online freedoms through highlighting the various human rights abuses. This is done owing to its character: Amplifying voices changing lives 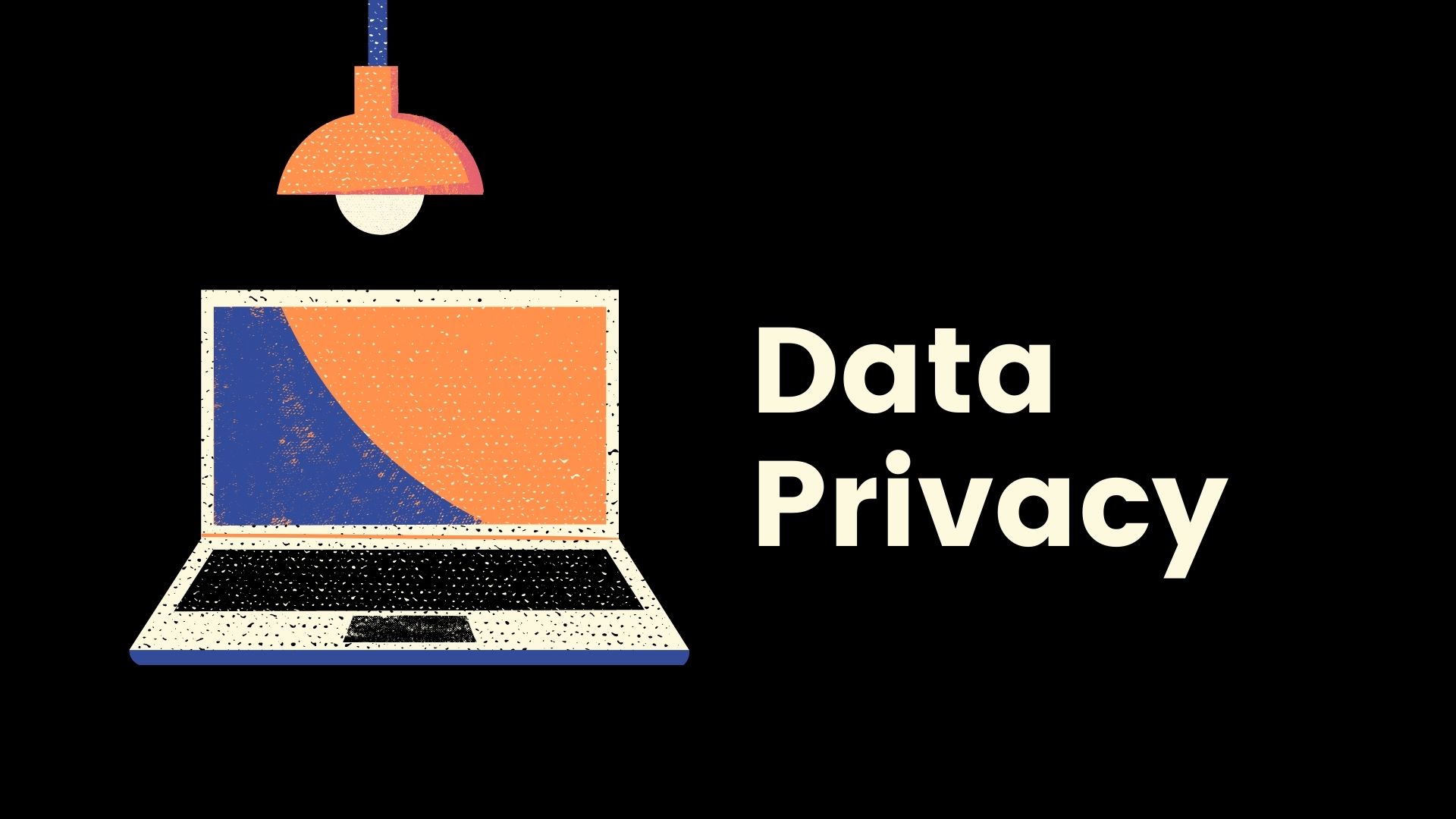 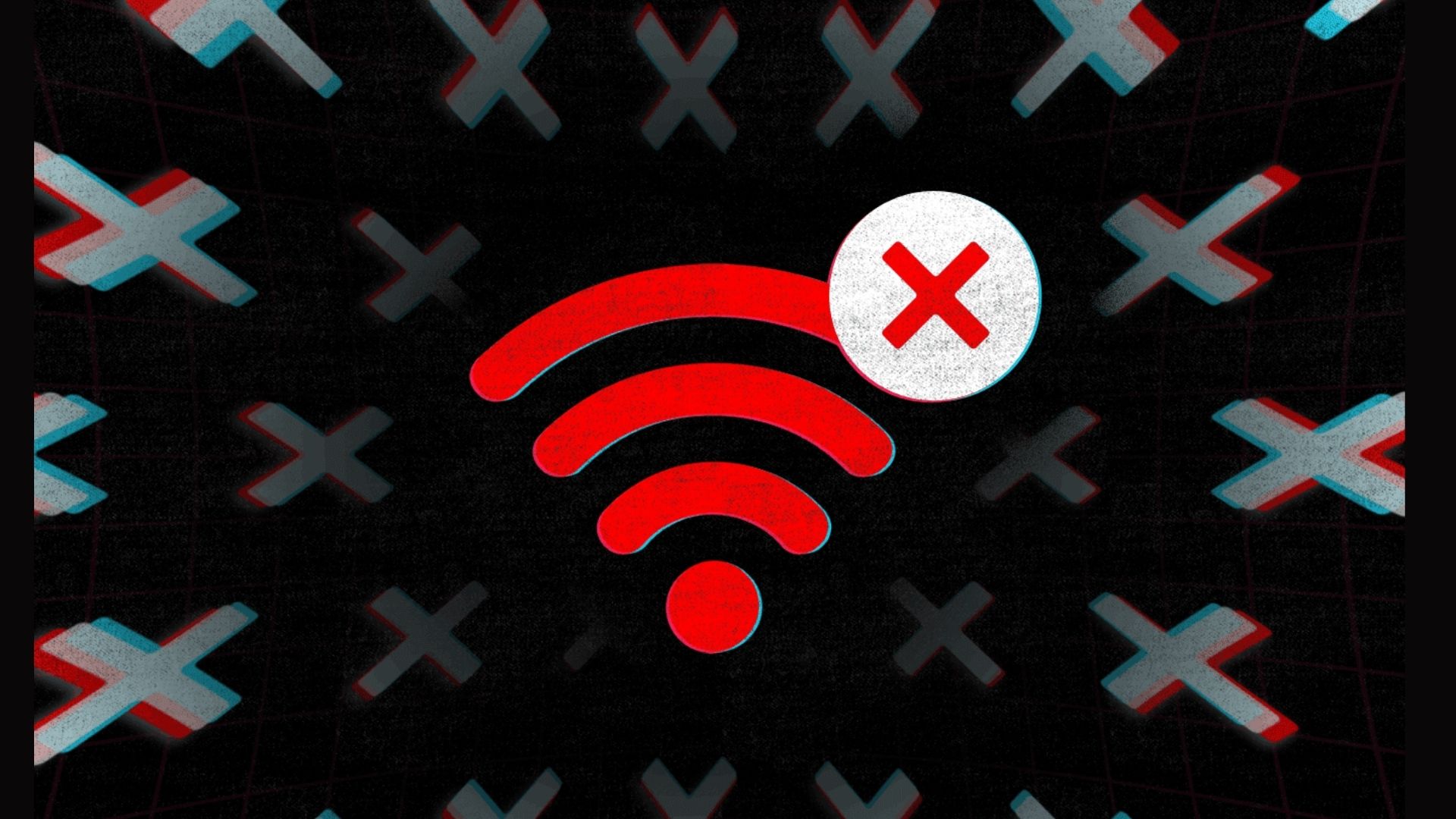 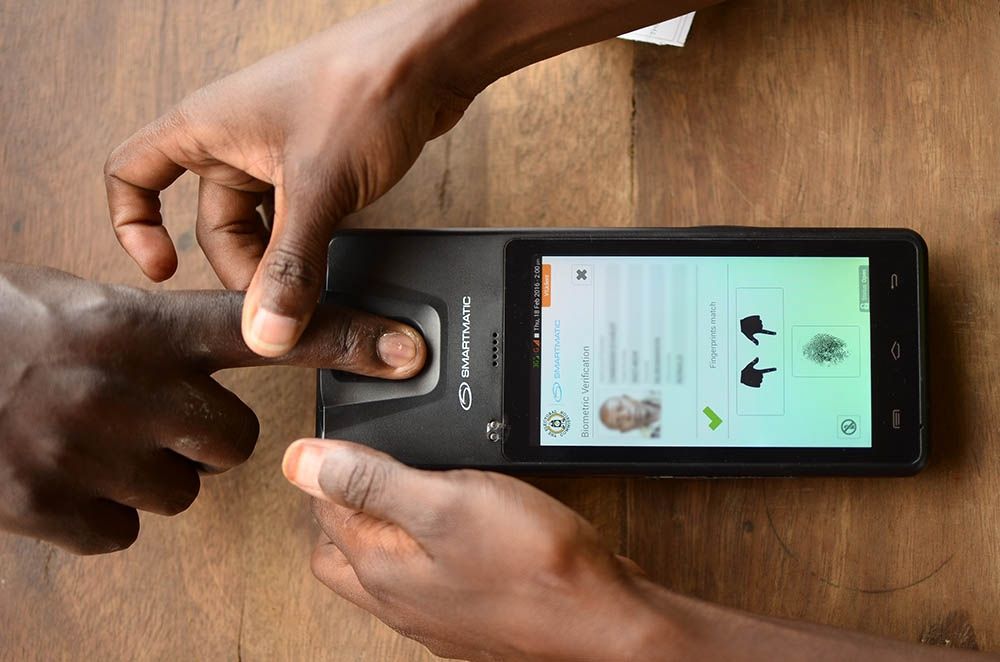