Sharing Citizens’ Biometric data from National ID with telecom companies is intended to seal a plot for mass surveillance,

Home Sharing Citizens’ Biometric data from National ID with telecom companies is intended to seal a plot for mass surveillance, 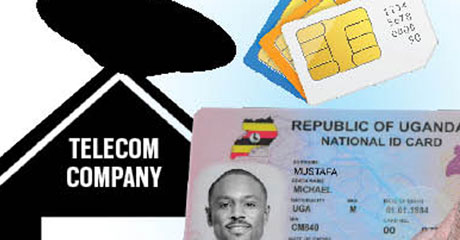 The ongoing exercise, which is not fully guided by law, is meant to accomplish a hatched plan by the establishment to intercept and openly conduct surveillance on all Ugandans.

According to 2014/15-budget paper, government earmarked UGX 205billion to procure a phone-tapping machine, on grounds that the existing tapping equipment only tracked telephone communications between callers and recipients but could not record their voices.

The billion shillings surveillance equipment supplied by the Israeli firm, enables the operatives to listen to phone conversations any where in the country, detects location of a caller and receiver and has the capacity to burst emails accounts that are under surveillance.

“ Verifying National ID data with SIM Card registration only justifies government’s surveillance traits and besides the country does not have a law on data collection, usage and storage which highly exposes citizens’ data to abuse by both state and non state actors,” warns Jeff Wokulira Ssebaggala, the Chief Executive Officer, the Unwanted Witness-Uganda.

He said it is important for Ugandans to be aware of the consequences involved when government decides to share all Ugandans’ biometric data with profit oriented companies whose database is not locally based. The Unwanted Witness calls for withdraw of telcos from SIM registration

We are also concerned about security of mediums being used to register online and share citizens’ NIN including *197*2#. These mediums are not secure as anyone can hack into it and get access to citizens’ sensitive personal information / data.

Unwanted Witness calls upon government agencies, police, UCC and NIRA to desist from further abusing the privacy of citizens and continuing to deny that telecom companies have not received all citizens’ data, yet sharing a National Identity Number (NIN) is full exposure of one’s identity.

For God and my Country!