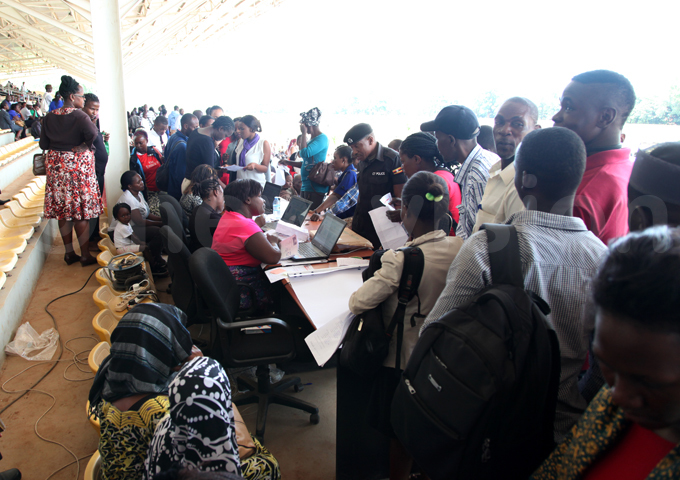 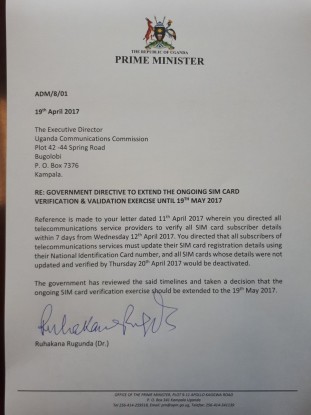 According to the Prime Minister’s letter, dated 20th April 2017, government has reviewed the said (UCC) timeline and taken a decision that the ongoing SIM Card verification exercise be extended for a period of 1month.

Government’s extension directive comes at hills of civic pressure from different activists and the general public regarding the panic and rush exhibited by UCC and police with total disregard of citizenry involvement. Some concerned groups and individuals had sought for a court injection.

On 12th April 2017, UCC after meeting with police, National Identity Registration Authority and representatives of telecom service providers directed all subscribers countrywide to verify their SIM Card details with their National Identification Card Number (NIN) by 20th April 2017 or be deactivated. 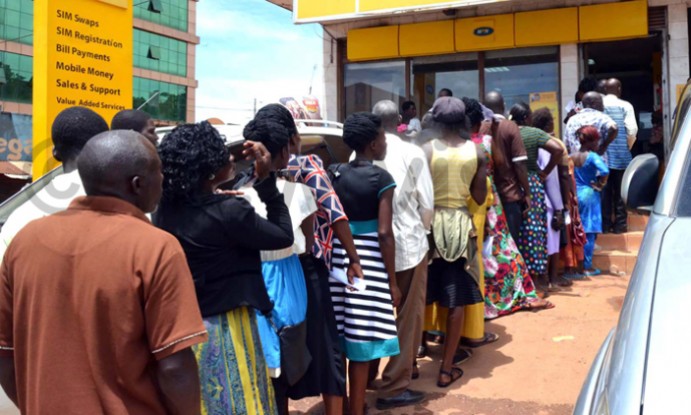 Some of the Ugandans seen struggling to register their sim cards at MTN service centres.

However, it is still unclear whether by the extension date a law on Privacy and Data Protection will be in place to regulate on storage, usage and retention of the citizens’ biometric data being shared by business entities.