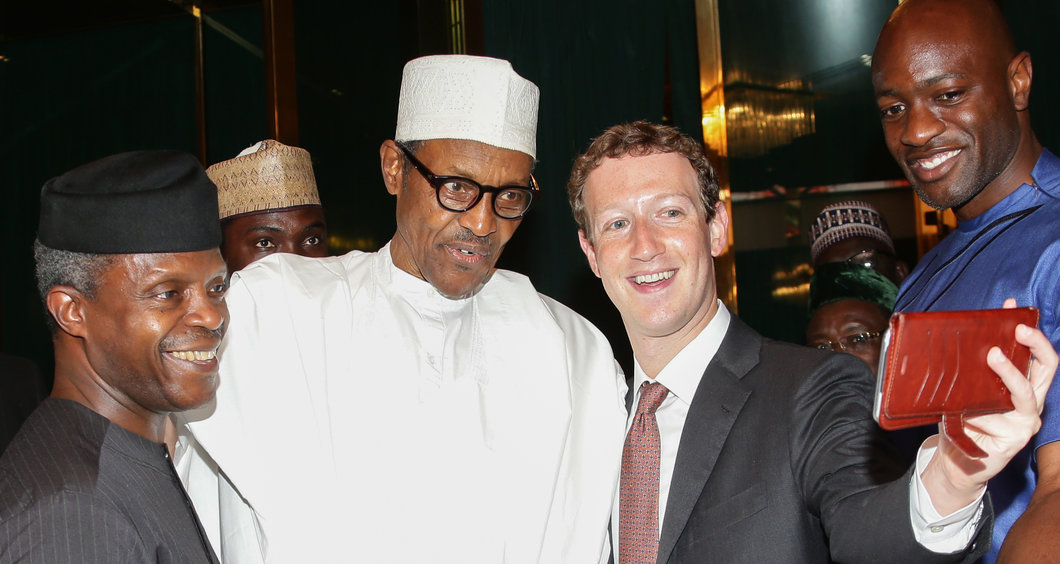 The tech giant’s no-frills app gives governments a version of the internet they can influence, if not totally control.

NAIROBI — Facebook CEO Mark Zuckerberg’s surprise visit to Kenya and Nigeria in September saw him eat ugali fish with his hands and crash a Nollywood music video shoot in between whirlwind tours of innovation hubs and tech incubators. “Hey Africa,” he seemed to say. “I get you. Facebook gets you.”

Zuckerberg’s lighting public relations blitz contrasted sharply with Facebook’s under-the-radar expansion in Africa, which is built around a no-frills internet app called Free Basics. India’s government rejected the same app, which provides access to a low-data version of Facebook and a limited number of pre-selected websites, on the grounds that it amounted to a two-tiered internet system, one for the rich and one for the poor. But Facebook continues to roll it out quietly in Africa — so quietly, in fact, that many of hundreds of millions of people who now have access to the app in 23 different African countries don’t even know they do.

On the surface, Free Basics seems like the answer to many interconnected prayers. It’s a cheap, easy way to get millions of people online at a time when the internet is not only a daily necessity but increasingly thought of as a human right. The app piggybacks on the rapid adoption of mobile phones in Africa and is made available for free through partnerships with local mobile telecom providers. Those who sign up for a Facebook account through Free Basics are then able to log on to a pared-down version of the internet on their phones.

But there’s a dark side to Free Basics that has the potential to do more harm than good — a side that suggests that Zuckerberg doesn’t get Africa after all. The app is essentially a cheap version of the internet, a fact that by itself implies that some people aren’t good enough to merit the whole thing. Even worse, it’s a version of the internet that gives Facebook — and by extension the corporations and governments that partner with Facebook — total control over what its users can access.

Per the Free Basics website, any company that meets certain technical and efficiency requirements can develop a website for the platform. This sounds very democratic in theory, but in practice it means that users get only the parts of the internet that some interested party has worked with Facebook to include.

There are many individuals and groups in the developing world with information to share, but not many of them can afford the time and energy to develop a website for the platform, and those that can will almost always be trying to sell something. In that way, Free Basics promises to undermine the public information function that the internet is supposed to serve. In many African countries, traditional media has been co-opted by the state, so the internet does more to amplify critical voices than any other platform — blogs and other online platforms have become extremely important sources of perspective and analysis in Kenya, for instance. Such voices will likely be muted on a space like Free Basics.

Even if they did, there remains a significant risk of censorship. Facebook monitors its user content closely and retains the power to restrict access based on its own standards of use. In September, the company shut down the most popular Ethiopian page on the site, Mereja, claiming that it caused people to “like or engage with it unintentionally in a misleading way.” But administrators of the website argued that their page was shut down because of their extensive coverage of the ongoing protests in the Amhara and Oromia regions — coverage that the Ethiopian government has worked so hard to mute that it briefly switched off the internet for the whole country.

The risk of censorship is amplified by the fact that many of the mobile providers partnering with Facebook on Free Basics are state-owned or partially state-owned. Kenyan mobile giant Safaricom, for instance, is 35 percent government-owned. Even those partners that are private companies are vulnerable to pressure from the government. In 2008, for instance, Airtel was one of several private mobile providers in Kenya that complied with government requests to hand over data on over 1,000 users accused of instigating violence after the election.

Can agitators on the platform trust these mobile corporations to keep their information safe, particularly when the company has proved willing to make concessions to governments to access their markets? Writing about Free Basics in India in the Guardian, Rahul Bhatia catalogued the extent to which the company sought to accommodate the Indian government as it attempted to launch the platform there: “[N]o request for information from [Indian President Narendra] Modi’s team was ever denied,” he wrote.

Facebook has a similarly troubling record on privacy in the United States. According to a February 2016 report, 80 percent of all requests by U.S. law enforcement for information on Facebook users between January and June 2015 “yielded data.” Meanwhile, in October 2016, the American Civil Liberties Union accused Facebook and Instagram, which it owns, of handing over user information to the location-based service Geofeedia, which in turn used the information in partnership with law enforcement agencies like the Baltimore Police Department to facilitate enhanced surveillance of protestors in the Black Lives Matter movement.

This record of collaborating with governments should make us wary of Free Basics. The app is only worth the gamble if one believes that governments where it’s been rolled out have the best interests of their citizens at heart — a presumption that is unwarranted in much of Africa. In just the last year, in Gabon, Ethiopia, Uganda, Chad, Zimbabwe, and many other countries, online actions of pro-democracy protestors prompted the state to shut down the internet for the entire country. (Free Basics is available in Gabon and Uganda.) These states shut down the internet because they fear they cannot control it. Free Basics gives them a version of the internet that they can influence, if not totally control.

Reached for comment, a representative of Facebook insisted that Free Basics is “committed to protecting users’ privacy and security… [and] doesn’t enable governments to restrict users’ access to content, speech, or certain providers any more than they’d be able to do on the broader internet.” The representative also denied that Facebook is creating a two-tiered internet service, claiming instead that it is bringing “unconnected people to the broader internet” since around 50 percent of Free Basics users end up paying for access to the “full internet” within the first 30 days.

This explanation is, of course, a tacit admission that Free Basics has indeed created a two-tiered internet system: The 50 percent who don’t pay to use the “full internet” are stuck with a sub-par product. This was at the core criticism that the Free Basics platform faced in India. The internet’s democratizing potential is diminished if the information contained there isn’t equally available to all. There will always be disparities in the quality of the tools we use to connect, but there can be no “right to internet” if the system itself has disparities built into it. If certain corporations or individuals have the ability to shape the content that some internet users have access to, these actors get expansive power to shape users’ preferences as well. While those with full internet access could search “Kenya Airways” and find stories about alleged corporate malfeasance and corruption, those with Free Basics may find only the company’s paid-for corporate website — singing its praises even if the airline implodes.

This is especially troubling since the internet is quickly becoming the place where key state services are provided and where political debate and decision-making happens. This has the potential to be a good thing, but only if it increases pressure on governments to build information technology infrastructure. In Kenya for instance, it is impossible to renew a driver’s license, apply for a passport, or pay taxes without internet access — which is part of the reason why such access is now available at designated government service points known as “huduma” (service) centers. A two-tiered internet system slows down technological progress and offers the government a shortcut that shortchanges the public: If governments can go digital without paying for new IT infrastructure, they are less likely to make the investments that will be necessary for the country in the long run.

But to hear Facebook tell it, Free Basics is a win-win solution: “More people will want to connect to the internet and ultimately become paying users if they first experience the benefits of being online,” the Free Basics website reads.

This hyper-simplistic, bizarrely apolitical formulation on the barriers to internet connectivity, particularly in the developing world, affirms that no matter how many plates of fish Mark Zuckerberg eats, Facebook doesn’t get Africa.