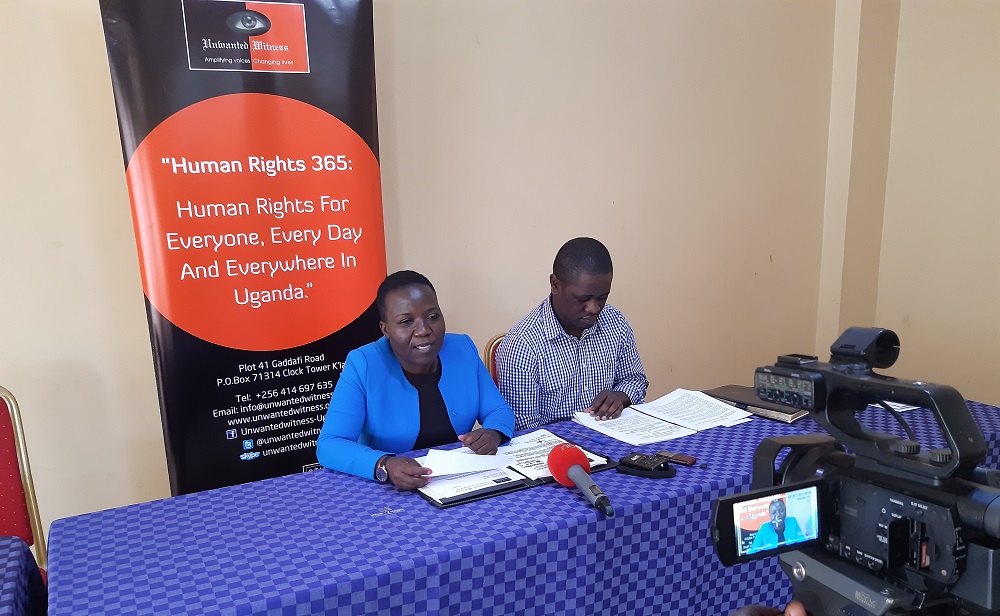 Unwanted Witness has asked the judiciary not to ignore their petition over the recent regulations issued by the Uganda Communication Commission (UCC)’s on all online data communication and broadcasting service providers.

The regulations command all persons currently offering or planning to commence the provision of online data communication and broadcasting services including bloggers, online televisions, online radios, online newspapers, audio over IP (AoIP), among others to obtain authorisation from UCC before providing such services to the public.

However, since freedom of expression is a fundamental right, underpinning most of the other rights including freedom of thought, conscience and allows them to flourish, on 11th September 2020, Unwanted Witness through Kiiza and Mugisha advocates penned down a constitutional petition to the constitutional court challenging among others, the constitutionality of requiring social media and other digital platform users to apply for and obtain authorisation from UCC.

“This is to request that you cause the fixing of the captioned applications for hearing on the nearest date possible since the 1st Respondent has set 5th October 2020 as a deadline for compliance with it’s impugned unconstitutional requirements,” reads the document.

However, according to UCC, they have not yet received any court document ordering them to stop their regulations. It’s from this background that the Chief Executive Officer of Unwanted Witness Dorothy Mukasa has urged the judiciary to expeditiously intervene and prevail over UCC’s punitive tendencies.

“The blanket decision and the directive by UCC to publishers and others to apply and obtain authorization from them, interfere with the free flow of information and the right to seek, receive, and is in contravention and inconsistent with Article29 (1) and 41 of the 1995 constitution of the Republic of Uganda,” said Ms Mukasa during a Press Conference in Kampala on Tuesday.

She added that with the digital communication taking centre stage in the run-up to 2021 general elections, UCC directives will disproportionately curtail the flow of information and the right to seek, receive and impart information and ideas via a different online platform and therefore is a threat to the public’s ability to freely participate in the general elections.

“Digital communication plays a critical role in shaping the electoral process by bridging the gap between the political candidates and the public. The requirement for the application, registration and authorisation threatens free speech and the right to association and assembly. Such limitations will not only promote self-censorship but also undermine individual participation in the 2020 electoral processes.”

Ms Mukasa further noted that their call is going particularly to the Deputy Chief Justice Richard Butera to institute a bench to handle the application for an interim injunction.

“We believe that freedom of expression is integral to vibrant civic space both online and offline,” said the head of Unwanted Witness, a CSO that was established to respond to the gap in effective communication using various online expression platforms.

According to UCC, the regulations were brought in good faith majorly to curb misuse of internet especially the publication of falsehoods and blackmailing of public figures especially in the period where campaigns are majorly going to be based on digital platforms. But Ms Mukasa advised them to use the existing laws other than issuing draconian regulations that interfere with peoples’ rights.

“We have laws which can help UCC to meet its goal without these vague regulations, such acts include the Computer misuse act, the Data Protection and Privacy act 2019, these two acts can be used to prevent blackmailing and other vices that UCC wants to fight.”

Allan Ssempala Kigozi the head of the legal department at Unwanted Witness also pinned UCC for not inquiring from the stakeholders while instituting such regulations.

“These regulations are meant to threaten the public from speaking their heart, they are aiming at intimidating the public and in any case, if the court does not institute an injunction order we shall go ahead opposing it,” Mr Kigozi asserted.