Word Games: What the NSA Means by “Targeted” Surveillance Under Section 702

Home Word Games: What the NSA Means by “Targeted” Surveillance Under Section 702 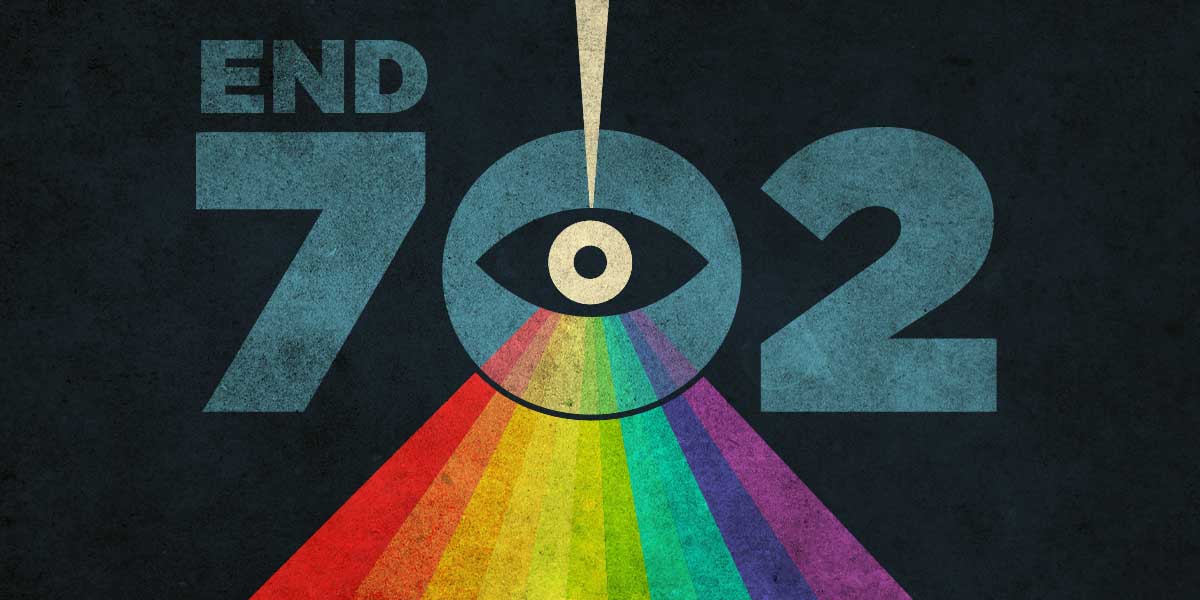 We all know that the NSA uses word games to hide and downplay its activities. Words like “collect,” “conversations,” “communications,” and even “surveillance” have suffered tortured definitions that create confusion rather than clarity.

There’s another one to watch: “targeted” v. “mass” surveillance.

Yet somehow, the NSA and its defenders still try to pass 702 surveillance off as “targeted surveillance,” asserting that it is incorrect when EFF and many others call it “mass surveillance.”

Our answer: if “mass surveillance” includes the collection of the content of hundreds of millions of communications annually and the real-time search of billions more, then the PRISM and Upstream programs under Section 702 fully satisfy that definition.

This word game is important because Section 702 is set to expire in December 2017. EFF and our colleagues who banded together to stop the Section 215 telephone records surveillance are gathering our strength for this next step in reining in the NSA. At the same time, the government spin doctors are trying to avoid careful examination by convincing Congress and the American people that this is just “targeted” surveillance and doesn’t impact innocent people.

PRISM gives the government access to communications in the possession of third-party Internet service providers, such as Google, Yahoo, or Facebook. Less is known about how PRISM actually works, something Congress should shine some light on between now and December 2017.[5]

Note that those two programs existed prior to 2008—they were just done under a shifting set of legal theories and authorities.[6] EFF has had evidence of the Upstream program fromwhistleblower Mark Klein since 2006, and we have been suing to stop it ever since.

Why PRISM and Upstream are “Mass,” Not “Targeted,” Surveillance

Despite government claims to the contrary, here’s why PRISM and Upstream are “mass surveillance”:

(1) Breadth of acquisition:  First, the scope of collection under both PRISM and Upstream surveillance is exceedingly broad. The NSA acquires hundreds of millions, if not billions, of communications under these programs annually.[7] Although, in the U.S. government’s view, the programs are nominally “targeted,” that targeting sweeps so broadly that the communications of innocent third parties are inevitably and intentionally vacuumed up in the process. For example, a review of a “large cache of intercepted conversations” provided by Edward Snowden and analyzed by the Washington Post revealed that 9 out of 10 account holders “were not the intended surveillance targets but were caught in a net the agency had cast for somebody else.”[8] The material reviewed by the Post consisted of 160,000 intercepted e-mail and instant message conversations, 7,900 documents (including “medical records sent from one family member to another, resumes from job hunters and academic transcripts of schoolchildren”), and more than 5,000 private photos.[9] In all, the cache revealed the “daily lives of more than 10,000 account holders who were not targeted [but were] catalogued and recorded nevertheless.”[10] The Post estimated that, at the U.S. government’s annual rate of “targeting,” collection under Section 702 would encompass more than 900,000 user accounts annually. By any definition, this is “mass surveillance.”

To accomplish Upstream surveillance, the NSA copies (or has its agents like AT&T copy) Internet traffic as it flows through the fiber-optic backbone. This copying, even if the messages are only retained briefly, matters under the law. Under U.S. constitutional law, when the federal government “meaningfully interferes” with an individual’s protected communications, those communications have been “seized” for purposes of the U.S. Constitution’s Fourth Amendment. Thus, when the U.S. government copies (or has copied) communications wholesale and diverts them for searching, it has “seized” those communications under the Fourth Amendment.

Similarly, U.S. wiretapping law triggers a wiretap at the point of “interception by a device,” which occurs when the Upstream mechanisms gain access to our communications.[13]

Why does the government insist that it’s targeted?  For Upstream, it may be because the initial collection and searching of the communications—done by service providers like AT&T on the government’s behalf—is really, really fast and much of the information initially collected is then quickly disposed of. In this way the Upstream collection is unlike the telephone records collection where the NSA kept all of the records it seized for years. Yet this difference should not change the conclusion that the surveillance is “mass surveillance.” First, all communications flowing through the collection points upstream are seized and searched, including content and metadata. Second, as noted above, the amount of information retained—over 250 million Internet communications per year—is astonishing.

Thus, regardless of the time spent, the seizure and search are comprehensive and invasive. Using advanced computers, the NSA and its agents can do a full-text, content search within a blink of an eye through billions, if not trillions of your communications, including emails, social media, and web searches. Second, as demonstrated above, the government retains a huge amount of the communications—far more about innocent people than about its targets—so even based on what is retained the surveillance is better described as “mass” rather than “targeted.”

Yes, it is Mass Surveillance

So it is completely correct to characterize Section 702 as mass surveillance. It stems from the confluence of: (1) the method NSA employs to accomplish its surveillance, particularly Upstream, and (2) the breadth of that surveillance.

Next time you see the government or its supporters claim that PRISM and Upstream are “targeted” surveillance programs, you’ll know better.

[1] See, e.g., Charlie Savage, NSA Said to Search Content of Messages to and From U.S., N.Y. Times (Aug 8, 2013) (“The National Security Agency is searching the contents of vast amounts of Americans’ e-mail and text communications into and out of the country[.]”). This article describes an NSA practice known as “about surveillance”—a practice that involves searching the contents of communications as they flow through the nation’s fiber-optic Internet backbone.

[6] First,  the Bush Administration relied solely on broad claims of Executive power, grounded in secret legal interpretations written by the Department of Justice. Many of those interpretations were subsequently abandoned by later Bush Administration officials.  Beginning in 2006, DOJ was able to turn to the Foreign Intelligence Surveillance Court to sign off on its surveillance programs. In 2007, Congress finally stepped into the game, passing the Protect America Act; which, a year later, was substantially overhauled and passed again as the FISA Amendments Act. While neither of those statutes mention the breadth of the surveillance and it was not discussed publicly during the Congressional processes, both have been cited by the government as authorizing it.

[8] Barton Gellman, Julie Tate, and Ashkan Soltani, In NSA-Intercepted Data, Those Not Targeted Far Outnumber the Foreigners Who Are, Washington Post (July 5, 2014),