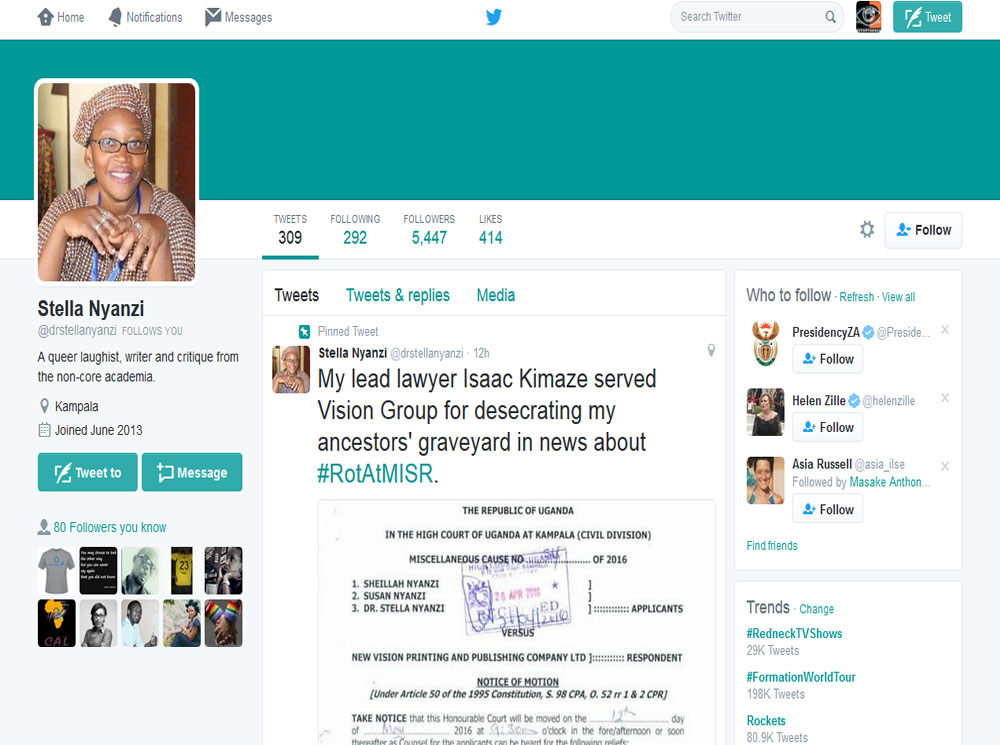 The Unwanted Witness statistics indicate that cases of online impersonation attacks, harassment, threats and intimidation have increased against Netizens from late 2015 to date.

Since 2015, Dr. Nyanzi has been known to use social platforms including Facebook and Twitter to express her opinion and thoughts on both political and social issues. Early this year, she was served with an eviction order and later locked out of her office due to unclear issues related to her work at the Makerere Institute of Social Research (MISR) whose actions she protested by peaceful demonstrations including chaining herself and stripping naked. 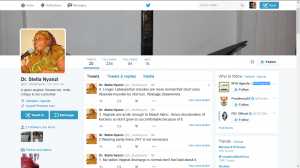 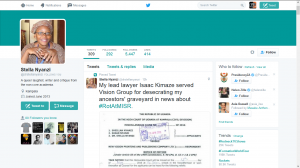 We have learned that a Dr. Nyanzi’s Facebook account has been duplicated 13 times with different fake accounts using her photos and mimicking her original account, style and art of creative writing. In addition to a fake twitter handle documented this morning by the Unwanted witness.

According to Dr. Nyanzi “impostors are reposting all materials picked from my genuine account. I have brought these issues to the attention of both Facebook and Twitter but no action has been taken yet”.

The Unwanted Witness Uganda condemns the targeting of Dr. Nyanzi online and calls upon Facebook and Twitter companies to immediately intervene and close all accounts committing mirroring attacks against the person of Stella Nyanzi.