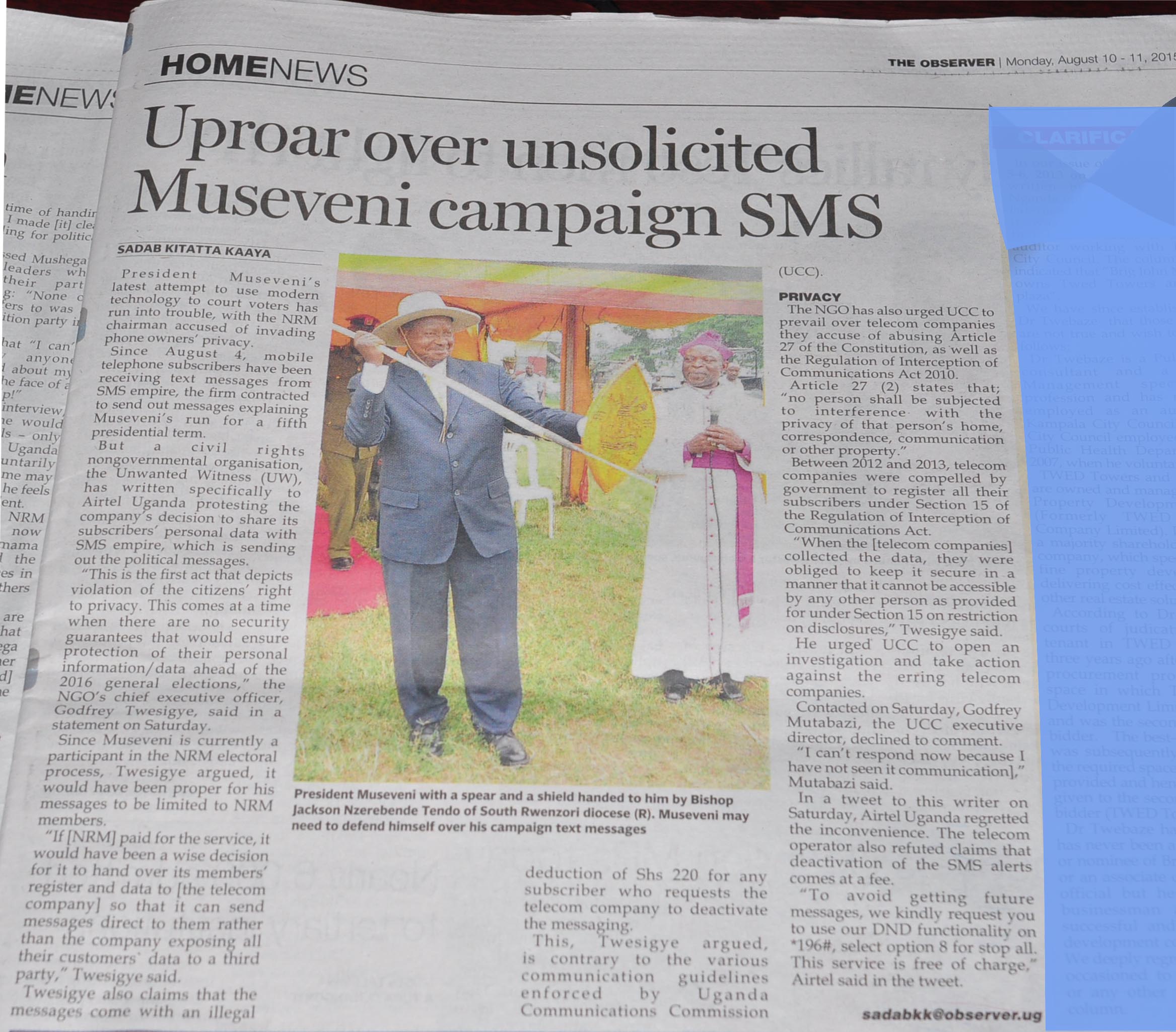 President Museveni’s latest attempt to use modern technology to court voters has run into trouble, with the NRM chairman accused of invading phone owners’ privacy.

Since August 4, mobile telephone subscribers have been receiving text messages from SMS empire, the firm contracted to send out messages explaining Museveni’s run for a fifth presidential term.

But a civil rights nongovernmental organisation, the Unwanted Witness (UW), has written specifically to Airtel Uganda protesting the company’s decision to share its subscribers’ personal data with SMS empire, which is sending out the political messages.

“This is the first act that depicts violation of the citizens’ right to privacy. This comes at a time when there are no security guarantees that would ensure protection of their personal information/data ahead of the 2016 general elections,” the NGO’s chief executive officer, Godfrey Twesigye, said in a  statement on Saturday.

Since Museveni is currently a participant in the NRM electoral process, Twesigye argued, it would have been proper for his messages to be limited to NRM members.

“If [NRM] paid for the service, it would have been a wise decision for it to hand over its members’ register and data to [the telecom company] so that it can send messages direct to them rather than the company exposing all their customers` data to a third party,” Twesigye said.

Twesigye also claims that the messages come with an illegal deduction of Shs 220 for any subscriber who requests the telecom company to deactivate the messaging. 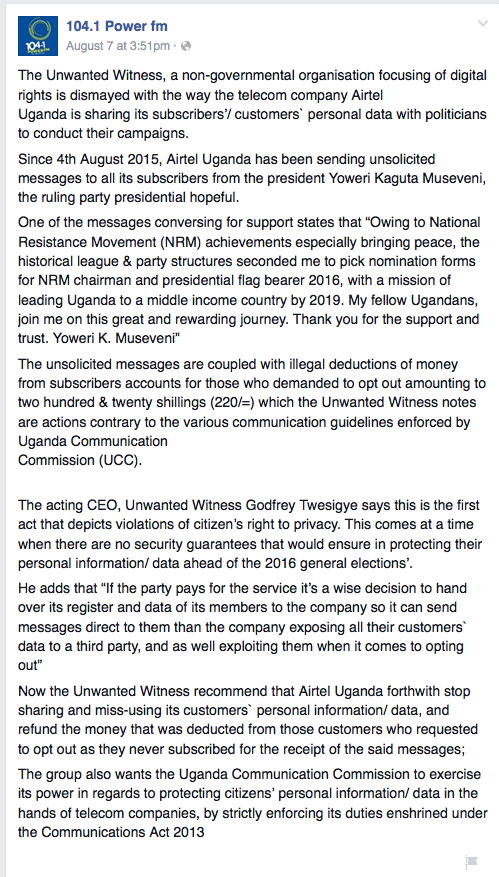