Unwanted Witness Condemns the criminal use of citizens’ bio data & calls on gov’t to formulate safeguards to protect lives and property.

Home Unwanted Witness Condemns the criminal use of citizens’ bio data & calls on gov’t to formulate safeguards to protect lives and property. 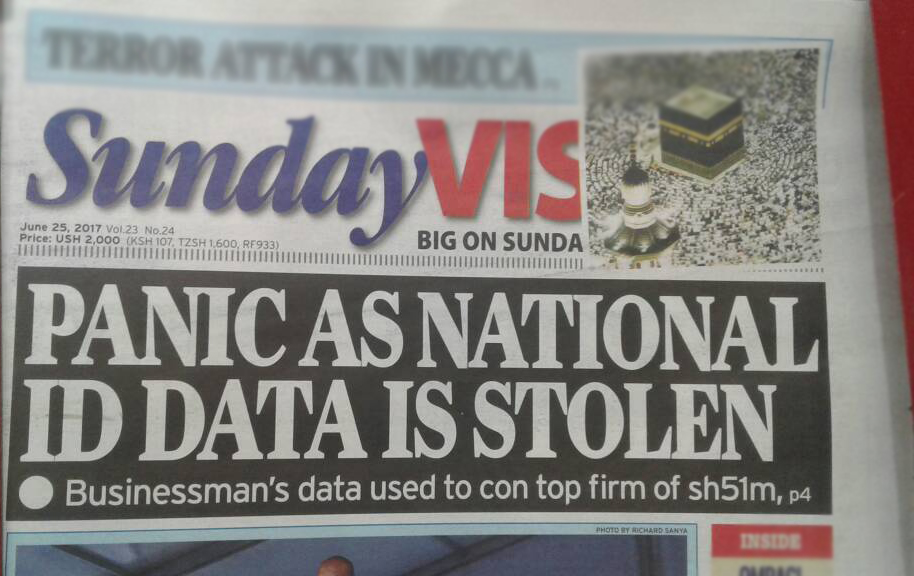 Kampala, 26th/06/2017; the Unwanted Witness Uganda is saddened by the continuous sharing of Ugandans’ bio data with private telecom companies without any safeguards which has resulted into its abuse by criminals. The country registered the first case of bio data abuse since the Sim card validation exercise commenced early this year.

In March 2017, Uganda Communications Commission’s (UCC) Executive Director, Godfrey Mutabazi directed all telecom operators to embark on verifying SIM Card with    National Identification Number (NIN) for all subscribers. During the verification exercise, telecoms were also given citizens’ biodata that was collected during the national ID exercise by National Identification Regulatory Authority (NIRA).

Unwanted Witness has since criticised the exercise for lack of a legal backing and for exposing citizens’ bio data to third party without any safeguards. But before the 30th August 2017 verification deadline set by president Museveni, it has emerged that national ID data has already been intercepted by criminals who used it for extortion.

According to the government daily Sunday vision of 25th June 2017, the criminals used a NIN to fraudulently extort Shs 51m equivalent to USD 14,206 from Roko construction company.

“Unwanted Witness for-saw these abuses and warned authorities against sharing citizens’ NINs without a legal framework in place. Since there are no safeguards, telecoms are not accountable once data is misused or abused,” said Dorothy Mukasa, the Ag. Chief Executive Officer, the Unwanted Witness-Uganda.

She added that this is a wakeup call to all concerned agencies and warned that if government does not withdraw citizens’ bio data from possession of private entities, the country shall witness more crimes including life threatening attacks.

Ugandan government sanctioned SIM Card registration exercise in 2013 with the view of curbing crime, the exercise commenced without an enabling law to regulate collection, storage and usage of personal data being surrendered into private custody, contrary to the 1995 Uganda constitution.

As a matter of urgency, Unwanted Witness therefore recommends that the  Parliament urgently passes the much awaited Privacy and Data Protection Bill, 2015 into law to protect the citizens’ personal data and privacy.