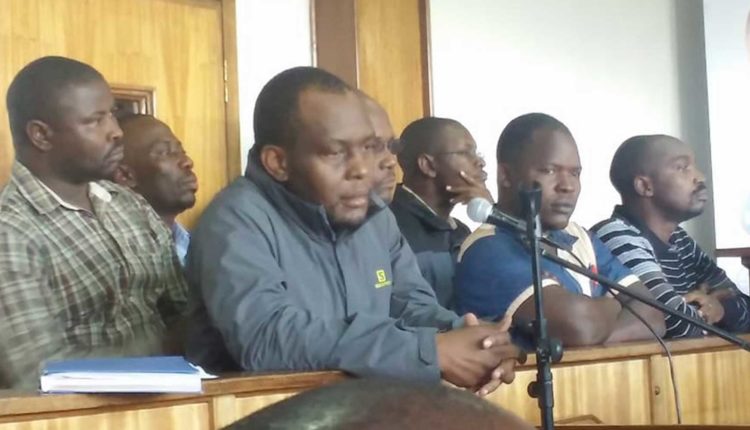 While it is the duty of Uganda’s security agencies to respect and protect human rights including the right to privacy, its move to forcefully obtain computer, phones and email passwords of detained Red Pepper journalists contravenes article 27 of the 1995 Uganda constitution, article 12 of the United Nations Declaration of Human Rights and article 17 of the International Covenant on Civil and Political Rights.

On Wednesday 22nd 2017, the police detectives forced eight journalists working with a tabloid, Red Pepper to surrender passwords of their computers, emails and phones while in police detention.

“Privacy is a qualified right whose interference must only be legitimate, necessary and proportionate, therefore the overbroad invention of the journalists’ communication endangers their own privacy as well as those that they communicate with.” Says Dorothy Mukasa, Ag. CEO Unwanted Witness Uganda.

She is concerned that this gross privacy breach Jeopardizes source protection which is one of the basic conditions for press freedom.

“Once sources are not protected, it may deter them from assisting the press in executing its mandate of informing the public and as a result the public watchdog role of the press may be undermined and the ability of the press to provide accurate and reliable information may be diversely affected.” Mukasa warned.

The journalists were arrested on Tuesday 21st Nov 2017 on charges of treason and offensive communication contrary to section 23 (b) of the Penal Code Act and section 25 of the Computer Misuse Act, 2011, following a publication of an article implicating President Yoweri Museveni and General Salim Saleh in a plot to overthrow Rwanda’s president Paul Kagame.

On Monday 27th Nov 2017, the eight journalists were produced before Buganda road court and remanded to Luzira prison until 25th Dec 2017.

On April 20th 2017, Unwanted Witness Uganda petitioned the constitutional court challenging the constitutionality of section 25 of the Computer Misuse Act 2011. The Act is commonly being used by state agents to clampdown on freedom of expression online and over 15 (fifteen) Internet users including activists, journalists and human rights defenders have faced the wrath of the Act this year alone.