Under Fire In India, Facebook’s Internet.org Launches In Indonesia

Home Under Fire In India, Facebook’s Internet.org Launches In Indonesia 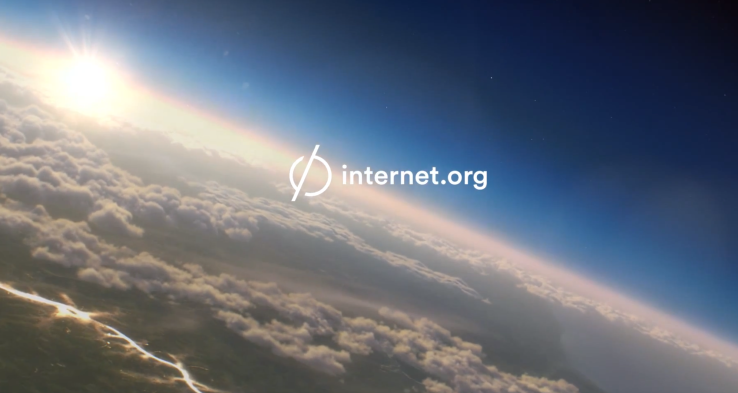 Facebook’s ‘free web’ Internet.org program has expanded into Indonesia, a country with a 250 million population, marking its second largest launch in Asia to date.

Internet.org landed in India back in February, but it has come under pressure in the country this past week after net neutrality become a national topic following concerns around the launch of operator Airtel’s zero-rating platform for app developers.

“Some connectivity is definitely better than none,” Facebook CEO Mark Zuckerberg said in response to the debate in India — which has seen some initial content partners drop out — and it’s business as usual for Facebook-led initiative, which first dipped its toes in Southeast Asia when it went live in the Philippines last month.

For those who are not aware of it, and the debate around it, Internet.org is a free portal of hand-picked internet services that can be accessed for free by users on mobile devices. Facebook’s argument is that this is a natural stepping stone for those who can’t connect to the internet for financial or other reasons. The company argues that it is a first bite that could give millions of people genuine reasons to upgrade to a data plan to get the full blown internet experience.

The contrary take to that is that Facebook is creating a separate internet and, by hand selecting Internet.org partners, it is discriminating against companies that are not on its list. If a rival service is on the Internet.org portal, for example, its competitors are disadvantaged because of Facebook/Internet.org’s gatekeeping and potential reach. 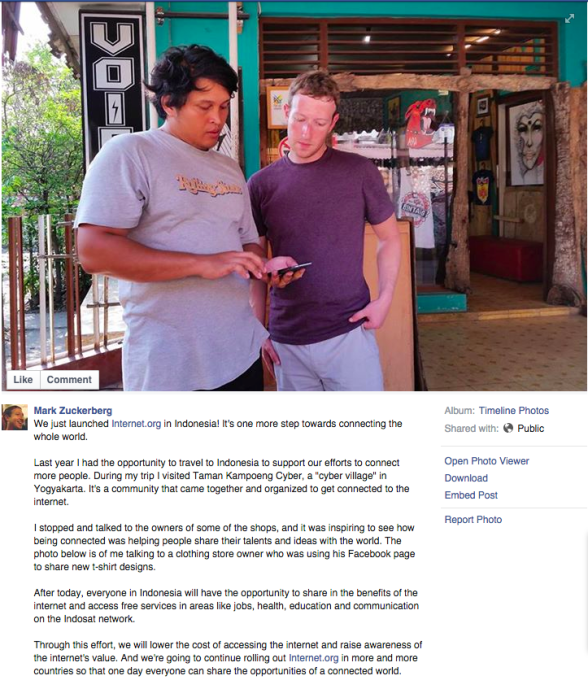 “In all of the markets that we operate in we are passionate about the benefits of connectivity and are always exploring new ways to help bring more people into the digital economy. This partnership will contribute to bringing more of Indonesia’s communities online and help people to achieve their aspirations for a better tomorrow,” said Dr Nasser Marafih, group CEO of Ooredoo — which owns Indosat, Internet.org’s telecom partner in Indonesia — in a statement.

Internet.org was announced back in 2013, but this debate is only kicking up now. It will be interesting to see how the program is received in Indonesia and other markets in the future in light of its problems in India.