The Assembly and Association Briefing

Home The Assembly and Association Briefing 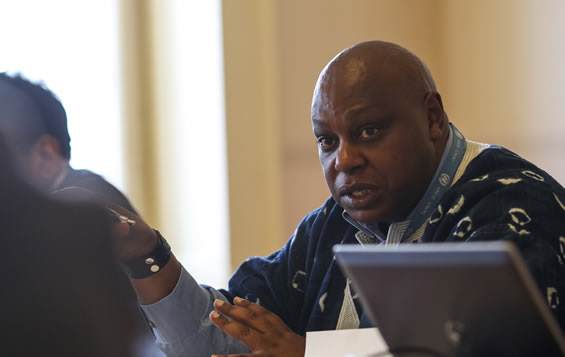 UN Special Rapporteur on the rights to freedom of peaceful assembly and of association Maina Kiai convened a consultation of experts in Geneva on Dec. 9, 2013, to help shape his next thematic report, which will be presented to the Human Rights Council in June 2014.

The thematic report will focus on the particular concerns of a selection of groups most at risk when exercising or seeking to exercise their rights to freedom of peaceful assembly and of association with a view to emphasizing the essential role these rights play in countering discrimination and exclusion, and empowering human rights’ advancements as a whole.

The Geneva consultation gathered representatives of specific groups that the UN Special Rapporteur identified as frequently at risk, including youth, women, LGBT individuals, indigenous peoples, minorities, refugees, migrants and other non-nationals/stateless persons, and persons with disabilities. There are scores of other at-risk groups, however, and for this reason, the report is likely to be organized by “threat types” that can affect any such group.

The Special Rapporteur would like to hear your input on the report. Is the “threat type” perspective a useful way to approach this subject? We are particularly interested in any suggestions on how best to overcome the restrictions that these groups face. If you are interested in submitting comments or recommendations for the report, please write us at info@freeassembly.net or leave a comment on our website discussion page.

Maina Kiai at the experts consultation in Geneva on Dec. 9, 2013. Repressive amendments to NGO law defeated in Kenya.

The Kenyan National Assembly narrowly defeated proposed amendments to the Public Benefits Organization (PBO) Act which would have imposed severe limits on foreign funding to NGOs operating in the country.

The Bill, which was presented to Parliament on Oct. 30, would have granted the Government sweeping and potentially arbitrary powers to deny registration to PBOs (a category which includes NGOs). It would have also capped foreign funding at 15% of PBOs’ total budgets and channel all their funding through a government body, rather than going directly to beneficiary organizations.

A day before the Dec. 4 vote of the Kenyan National Assembly, a group of United Nations Special Rapporteurs, including Maina Kiai, urged the Government of Kenya to reject the legislation.

“The Bill is an evidence of a growing trend in Africa and elsewhere, whereby governments are trying to exert more control over independent groups using so-called ‘NGO laws,’” the human rights experts warned.

Their full statement is available here.