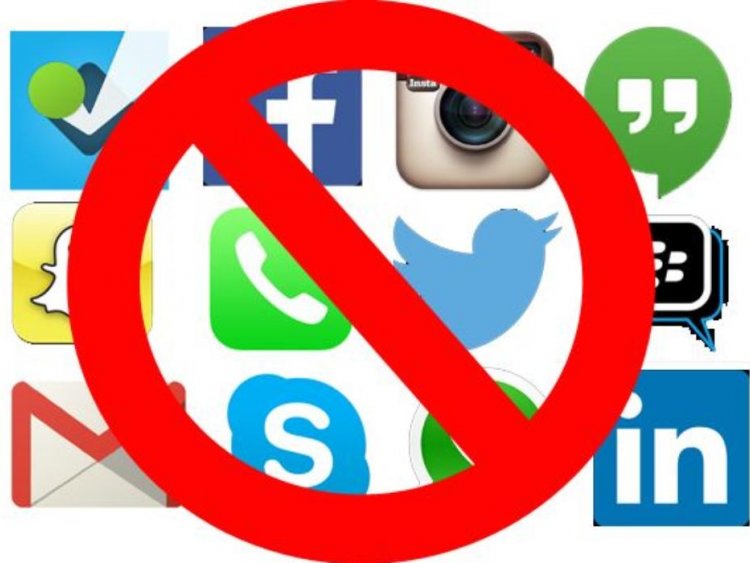 All Social Media apps like in the picture were all disabled while using the Mobile Data Connection.

Internet Freedoms and Right to Privacy; targeted causalities of Uganda`s general elections at the expense of a weak and compromised regulatory body.

Kampala, 19th/02/2016; the Unwanted Witness Uganda is saddened by the apparent illegal efforts to curtail online freedoms at the expense of a weak communication regulator facing credibility and independence challenges. The current actions of the body suggest overlooking its overall obligation to safeguard citizens’ online freedoms.

It’s now about fifteen years since Ugandans got actively involved in utilizing the Internet and the various expression platforms that have provided access to independent dashboard and space for divergent views. The Internet daily use currently stands at over seven (7) million at the growth of 17% per annum and use of mobile phones is over 22 million users out of 35 million total populations.

The Internet in Uganda is no-longer a luxury but seen as part of people’s lives presenting opportunities of multiple medium of communication to achieve development, connecting lives, increases people’s participation in governance to shape their future, conduct business, contributes immensely to access to information online, free speech, expression, opinion and thoughts on social media and digital platforms among others.

Recalling that the internet is a source of information, news and provides platforms where individuals can express their thoughts, opinion and views, such should be kept unrestricted for the enjoyment of such rights ordinarily enjoyed offline, especially freedom of expression that has no frontiers. The notion of seeking, ‘receiving and imparting information and ideas through any media and regardless of frontiers’ has been construed to include the Internet. That while individuals have rights offline, such rights cannot be derogated whenever they get online.

Incidents below have either threatened and violated Internet freedoms and digital rights recorded pre and during the electoral process;

The blocking of various mobile networks during the Election Day was not only aimed at stifling Internet freedoms but also aimed at curtailing access to information through various social media platforms. While many of the voters had no idea of the location of their polling stations, and many turned to the internet for guidance, the communications commission passed draconian directives under the color of law and office directing ISPs to block access to social media networks including Facebook, Twitter and WatsApp and mobile phone services.

The Unwanted Witness condemns the blocking of social media in the strongest term possible and finds the reason of implementing the executive order as unjustifiable and inexcusable. We call upon the next parliament to amend the law, which establishes the body, to strengthen the body’s independence and make it an offence to operate on directives from anyone including executive.

The Unwanted Witness would thus wish to remind the Uganda communications Commission of its mandate of providing a facilitating environment for access to the Internet and not working to the contrary. Orders to mobile networks such as those directing to block social media aim at curtailing Internet freedoms as witnessed on the Election Day. Such actions remind us of the growing interests by government to policing and controlling how such freedoms and rights are to be enjoyed online especially the right to assemble, association, the freedoms of expression, speech, thought as well as the right to privacy online, the right to communicate anonymous and the right to encrypt.

The Unwanted Witness applauds the ever-vigilant citizens, who have become civically conscious of their rights online, and even in the midst of the blockage, alternative means that seek to by-pass the blockade are being put to use. By using Internet proxies, citizens have shown the authoritarian government institutions their desire to fight and protect this Internet space from control.

We intend to challenge the blocking of social media in courts of law as a way of fighting impunity.

Although it is believed that ICTs present a significant opportunity for advancing gender equality, women’s empowerment and equitable development, the digital gender gap is widening. Research has shown that Ugandan women on average earn 30% to 50% less than men, which diminish the ability of women to afford, adopt and benefit from broadband access. Women are said to possess a high illiteracy rate of 82% compared to their male counterparts of 64%. It is crucial that the next government closes this gap for women empowerment and enriching their lives.

The digital divide is also evident between the urban and the rural communities. 80% of Uganda’s population lives in the rural areas and yet 70% of the communication services are in urban areas denying opportunities to rural dwellers that produce more than 80% of the country’s wealth. Internet access in the rural area is impeded by infrastructure, limited access to the electricity, high poverty levels and illiteracy.

The Unwanted Witness wishes to remind the said government institutions of Article 19 of the Universal Declaration of Human rights that provides; “Everyone has the right to freedom of opinion and expression; this right includes freedom to hold opinions without interference and to seek, receive and impart information and ideas through any media and regardless of frontiers.”

The above should be read in line with the1995 constitution of the Republic of Uganda under Article 29 that provides for the protection of freedom of expression. Expression as noted either connotes the right to freely speak out regardless of frontier.

“Political interferences are killing the young Ugandan Internet and any behavior seeking to control the use of the Internet will have terrifying effects on how citizens use the internet and exercise their online freedoms in future. Any action intended to protect national security has got to be justified without necessarily using national security as scape goat to undermine the enjoyment of online rights and freedoms” Said Jeff Wokulira Ssebaggala, the Chief Executive Officer, the Unwanted Witness

Recalling the United Nations Human Rights Council resolution affirms that internet freedom is a basic human right and that people have the right to freedom of expression on the internet, Uganda needs to do more than just talking to necessitate all Ugandans acquire access to the internet through the establishment of necessary infrastructure and guarantee safety and security while online. This should not give rise to the infringement of the rights to freely utilize the Internet like as witnessed on the 18th February 2016, Election Day.