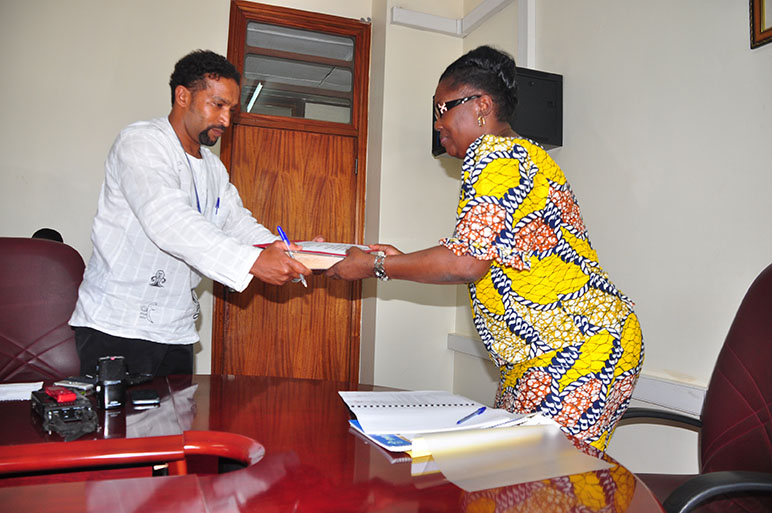 Kampala, 30th/ Jan/ 2015; Over 10,000 online activists have petitioned the speaker of the Ugandan parliament demanding for upgrading of the Kigumba to Kyenjojo road located in the Mid-western part of the country. The activists want the legislative arm of government to compel cabinet to fulfill on its mandate and pledge of providing services to the citizens.

The activists under Masindi news network began their online campaign late 2014, soliciting for signatures via the facebook page, https://www.facebook.com/groups/masindinewsnetwork/files/.  However it has not been a rosy campaign as the activists have been prosecuted for this online engagement and electronic gadgets like computers confiscated by the police.

Presenting a petition to speaker Rebecca Kadaga, one of the activists Rogers Kanti criticized police for violating the right to freedom of expression by criminalizing online engagements. He said ever since police confiscated their computer early November 2014, the group is financially constrained and yet they are required to move back and forth to answer their bond at Masindi police station.