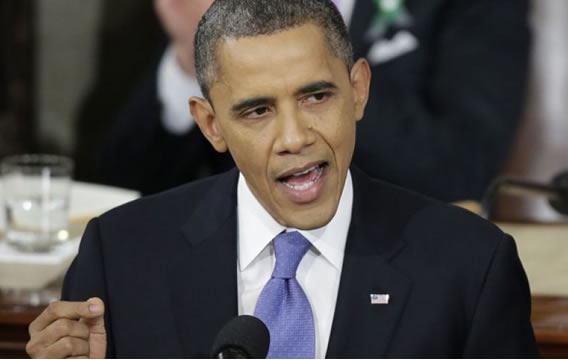 The great digital divide that President Obama repeatedly has pledged to fix could grow even wider, after a recent federal court ruling put the president’s promise of leveling the tech playing field in jeopardy.

The concern comes ahead of his annual State of the Union address on Tuesday. Last year, the president pitched a plan aimed at making sure “99 percent of students across the country” would receive access to high-speed broadband and wireless Internet at their schools within the next five years. During his 2011 State of the Union address, he stressed the need to upgrade all Americans.

“This isn’t just about faster Internet or fewer dropped calls,” Obama said at the time. “It’s about connecting every part of America to the digital age.”

But on Jan. 14, a federal appeals court struck down the Federal Communications Commission’s Open Internet Order pertaining to so-called “net neutrality.” The decision paves the way for Internet service providers to potentially block any website or app of their choosing.

Sen. Al Franken, D-Minn., called the net neutrality ruling “a major setback” that “threatens access to the Internet as we know it.”

The court ruled that because of a quirk in how the government regulates Internet service providers, the FCC didn’t have the legal basis for its own policy.

The decision cripples the regulatory agency’s ability to enforce net neutrality, which is based on the founding principle that the Internet enables and protects free speech. That means ISPs could technically censor the sites its customers visit.

The ruling also could allow Internet companies to create a tiered pricing system for certain types of online traffic, akin to how people purchase premium channels like HBO or Showtime at an extra cost by their cable providers.

Manorama Talaiver, director of the Institute for Teaching through Technology & Innovation Practices at Longwood University in Virginia, says rural students could be among the hardest hit.

“Why are we expecting our students to be globally competitive when we take away their opportunity?” Talaiver told FoxNews.com. “This lack of access hurts us all.”

Talaiver says a recent spot check of broadband access in rural Virginia revealed that more than 50 percent of students and teachers did not have access to computers or updated technology at home. “We are asking teachers to blend learning, create online supplemental lessons but if we don’t give them access, we are hurting students even more,” she said. “Discrimination already exists. This is making it worse.”

At best, the president’s goal of equal access for students could be sidelined for a few years during an appeals process. At worst, students in urban and rural areas would be demoted to second-class citizens of the digital age.

“It’s going to be potentially a race to the bottom, where those who can afford to pay to get priority of access get more eyeballs — more readers and viewers — and public institutions that don’t have those kind of financial resources are going to be left behind,” John Windhausen, president of Telepoly Consulting, told The Chronicle of Higher Education.

Barbara Stripling, president of the American Library Association, argues that by allowing ISPs to preferentially charge for a tiered access, not only will public libraries suffer, but so will the communities that rely on them. She believe the hardest hit would be school children in grades K-12.

“Schools, public and college universities rely upon public availability of government services, licensed databases, job-training videos, medical and scientific research, and many other essential services,” she wrote in a Jan. 16 opinion piece on Wired.com.

Stripling, who served as the director of library programs for 1,700 New York City schools, warns that without net neutrality, Americans “are in danger of prioritizing Mickey Mouse and Jennifer Lawrence over William Shakespeare and Teddy Roosevelt.”

According to a 2013 report in The Washington Post, fewer than 20 percent of the nation’s educators believe that the Internet connections at their schools meet their teaching needs. Many worry that the FCC ruling will only deepen the divide between the haves and the have nots. At stake is the economic prosperity for students and their communities.

In a letter dated Jan. 16 to FCC Chairman Tom Wheeler, Franken pressed the regulatory agency to exercise the power it has to ensure equal access to information is had by all.

“Simply put, the Internet — once an open platform for innovation, entrepreneurship and free speech — could become a closed forum, accessible only to the highest bidder,” Franken said.

Last month, Wheeler attended an open meeting in Oakland, Calif., where he heard concerns from community leaders and citizens.

Richard Abisla, the technology manager at the Mission Economic Development Agency in San Francisco, told Wheeler about the importance of broadband access in low-income areas and how it would not be financially feasible to ask struggling families to pay extra for access.

For its part, Verizon — the company that sued the FCC over net neutrality — says the company will remain “committed to the open Internet” and that the ruling would not “change consumers’ ability to access and use the Internet as they do now.”

Instead, Verizon says the court’s decision will “allow more room for innovation, and consumers will have more choices to determine for themselves how they access and experience the Internet.”