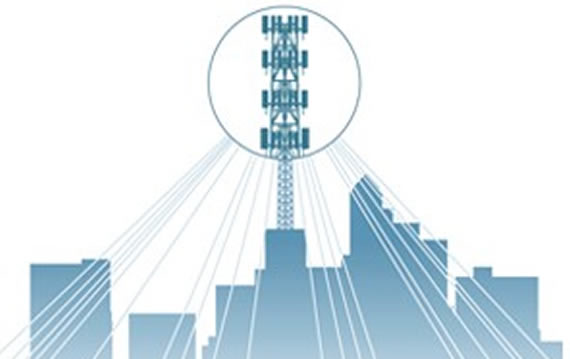 The National Security Agency is gathering nearly 5 billion records a day on the whereabouts of cellphones around the world, according to top-secret documents and interviews with U.S. intelligence officials, enabling the agency to track the movements of individuals — and map their relationships — in ways that would have been previously unimaginable.

The records feed a vast database that stores information about the locations of at least hundreds of millions of devices, according to the officials and the documents, which were provided by former NSA contractor Edward Snowden. New projects created to analyze that data have provided the intelligence community with what amounts to a mass surveillance tool.

(Video: How the NSA uses cellphone tracking to find and ‘develop’ targets)

The NSA does not target Americans’ location data by design, but the agency acquires a substantial amount of information on the whereabouts of domestic cellphones “incidentally,” a legal term that connotes a foreseeable but not deliberate result.

One senior collection manager, speaking on the condition of anonymity but with permission from the NSA, said “we are getting vast volumes” of location data from around the world by tapping into the cables that connect mobile networks globally and that serve U.S. cellphones as well as foreign ones. Additionally, data are often collected from the tens of millions of Americans who travel abroad with their cellphones every year.

In scale, scope and potential impact on privacy, the efforts to collect and analyze location data may be unsurpassed among the NSA surveillance programs that have been disclosed since June. Analysts can find cellphones anywhere in the world, retrace their movements and expose hidden relationships among the people using them.

(Graphic: How the NSA is tracking people right now)

U.S. officials said the programs that collect and analyze location data are lawful and intended strictly to develop intelligence about foreign targets.

Robert Litt, general counsel for the Office of the Director of National Intelligence, which oversees the NSA, said “there is no element of the intelligence community that under any authority is intentionally collecting bulk cellphone location information about cellphones in the United States.”

The NSA has no reason to suspect that the movements of the overwhelming majority of cellphone users would be relevant to national security. Rather, it collects locations in bulk because its most powerful analytic tools — known collectively as CO-TRAVELER — allow it to look for unknown associates of known intelligence targets by tracking people whose movements intersect.

Still, location data, especially when aggregated over time, are widely regarded among privacy advocates as uniquely sensitive. Sophisticated mathematical tech­niques enable NSA analysts to map cellphone owners’ relationships by correlating their patterns of movement over time with thousands or millions of other phone users who cross their paths. Cellphones broadcast their locations even when they are not being used to place a call or send a text message.