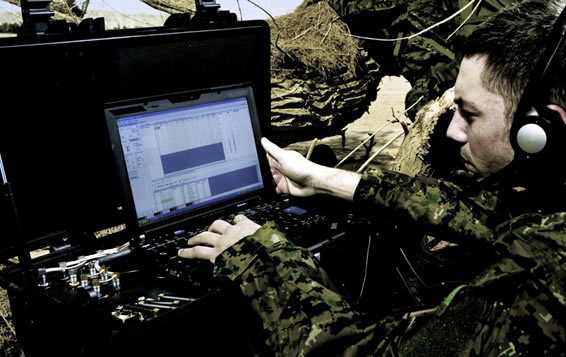 Last week, we learned that the National Security Agency is gathering nearly 5 billion records a day on the whereabouts of mobile phones where ever they are in the world. The report from of the Washington Post, shows the extraordinary scale and reach of the NSA programs that attempt to know everything about us including our location, at any time.

Unfortunately, a scaled down version of this system is also being sold by private surveillance contractors to the highest bidder. The company behind it? Israeli-American company Verint. Their Skylock technology claims to have the ability to “Remotely locate GSM and UMTS targets located anywhere in the world at cell level precision”.

Carrying around mobile devices at all times broadcasts our position constantly, as our phones are always communicating with cell towers, and cell towers with the phone, in an attempt to find the strongest signal. If a government knows the position of the cell tower, then it can identify the position of the person. In urban spaces, this location tracking could be within a matter of metres.

Our location and other categories of “metadata” are intimate pieces of information that can provide great insight into our private lives. Generally it is impossible to not broadcast our location, creating an almost constant stream of information, making it an attractive target for intelligence agencies to collect and use to map our lives.

The latest Snowden documents is just one of many recently that demonstrates how governments are finding new and sophisticated ways to track mobile phones. Recently, Privacy International investigated the claim that the NSA was able to locate mobile phones even while switched off. The combination of these two pieces of information illustrates a surveillance practice that is persistent and widespread.

Now, Privacy International is releasing one of the most recent discoveries in the development of location tracking offered in the private surveillance sector: Verint’s Skylock, which offers to remotely locate mobile phones anywhere in the world at cell level precision.

Verint are a Melville, New York-based company that sell Communications and Video surveillance, Monitoring Centres, and Location Monitoring technology. Founded in Israel, the company still keeps half of its employees there. Their products have been sold around the world including The Netherlands, Slovakia, Vietnam and Mexico, the latter being part of a wider American government programme in which Verint installed a monitoring centre that intercepted, processed, analysed and stored phone calls as well as emails and web chats.

From a brochure collected this year we have discovered one of the newest additions to Verint’s product line: mobile phone tracking on an international scale. Previously, mobile phone tracking required presence in the particular areas of interest, focusing on the tracking of phones through monitoring Base Stations (Cell Towers) and local networks to pinpoint location. In the past, if a law enforcement agency wanted location data they requested information from the relevant telecommunication firm operating in that specific territory. By way of an example, this would result in the UK not being able to obtain a French mobile phone’s location without help from the French. Now it would appear that Verint have bypassed the territoriality requirement.

With this latest news, we know that location tracking has become borderless in the same way as communications surveillance.  The ability to do this has likely come from a focus on international phone systems rather than domestic or regional networks which would never reach the worldwide nature of location tracking Verint is advertising.

How Skylock technically operates it’s “Global Cellular Location” is unclear, however the sales brochure makes clear they “work independently of local service providers”. Using Skylock means you don’t need the cooperation of a private telecommunications company as the NSA does, allowing the mass surveillance of location to operate in the shadows without any oversight or outside cooperation however weak or corruptible network providers may prove to be.

We see a recurring narrative appear from this story. The NSA is leveraging a global telecommunications infrastructure for their own purposes, collecting vast amounts of data on individuals. In step with all this are corporate partners working with intelligence agencies by allowing access to their networks. Companies are our last line of defence for our privacy rights, as we entrust our personal data with these providers.  Whether they are compelled to comply or go beyond what is asked of them, too often we see companies fail to consider the  privacy rights of their  customers.

Our locations are impossible to not broadcast when we carry our electronic devices. As Chris Soghoian puts it to the Washington Post, “the only way to hide your location is to disconnect from our modern communication system and live in a cave.” The growing ability of intelligence agencies, and now surveillance companies, to track us puts everyone’s privacy at risk. The borderless nature of the internet made it easier for government’s to spy on the world’s communications. Now, it appears that our locations are fair game too.