Learn from the security experts; things they do to keep safe online

Home Learn from the security experts; things they do to keep safe online 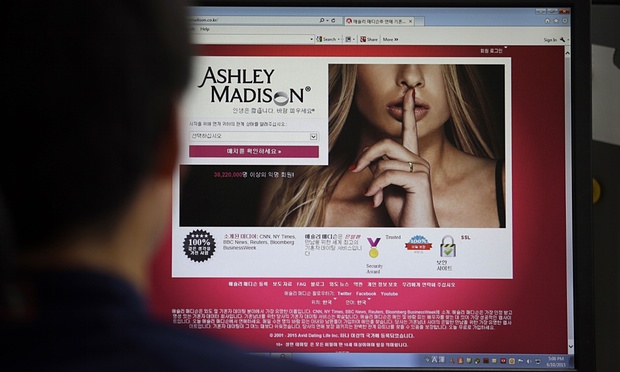 Cybersecurity experts aren’t like you or I, and now we have the evidence to prove it. Researchers at Google interviewed more than 200 experts to find out what security practices they actually carry out online, and then spoke to almost 300 non-experts to find out how they differ.

Perhaps unsurprisingly, the security experts practice what they preach – or, at least, they tell Google they do. They’re more likely to use two-factor authentication, to install software updates, and avoid visiting shady websites. Even for practices that are subject to healthy debate within the security community, actions speak louder than words: the experts are more likely to run anti-virus software and to use password managers than non-experts.

So what do the experts do? And, perhaps more importantly, what are the modern-day superstitions we can all stop doing to save time?

1) Yes, you do want to install updates

“Update all the software and firmware to fix any possible vulnerability.” “Patch, patch, patch.” The experts are clear: never turn down a security update. The researchers found that not only was installing updates the most commonly cited practice that experts do to keep safe online, it was also the largest difference between experts and non-experts: 35% of the former mentioned it, while only 2% of the latter. And a further 2% of experts also mentioned turning on automatic updates as one of the top three things they do, something no non-expert mentioned.

Software updates are usually the only way to combat actual security vulnerabilities – those bugs in software that let malicious attackers do things they shouldn’t. For instance, the recent Adobe flash vulnerabilities opened a user’s computer up to hacking if they continued using the software: until patches were issued, there was little option but to simply stop using Flash to stay safe online.

2) Use antivirus software – but don’t bank on it=

Antivirus packages have a bad rap. For years, the software had a reputation for slowing down computers with added cruft, foisting pricy support packages on desperate users, and not really doing much to actually protect the computers in the first place. But despite all that, a majority of experts said they use the software.

However, antivirus software was vastly more favoured by non-experts than experts, and barely 60% of the experts actually used it. Users in the know said that “AV is simple to use, but less effective than installing updates,” and that the software “is good at detecting everyday/common malware. But nothing that’s slightly sophisticated”. In contrast, 70% of non-experts thought the advice to use AV software was likely to be “very effective”, and more than 80% of them had it installed.

So, while you shouldn’t uninstall your AV software, don’t get lulled into a false sense of security about it. Oh, and like everything else, always install the updates.

Password security online is frequently summed up as “strong, unique passwords” – but it turns out one part of that might be more important than the other. Non-experts tend to focus on the strong part, with 30% of them picking that as one of their top three tips against 18% of the experts; conversely, 25% of the experts pick “unique”, against 15% of the normal users.

It’s easy to see why. Using a strong password (that is, one that uses a good mixture of case, letters, numbers and symbols, as well as steering clear of dictionary words) requires a one-off feat of memory, and can feel very much like the sort of security procedure one should carry out, while avoiding password reuse is an ongoing hassle, requiring a new password for every site.

But in practice, most people are unlikely to face a brute-force attempt to break into their account by simply guessing their password, and even if they do, it doesn’t take much to render such an attack unsuccessful. But most people are likely to be the user of at least one service which gets hacked, as Adobe, Playstation and Ashley Madison users have all learned to their disadvantage. Having a unique password can prevent that misfortune compounding.

How do you remember all those unique passwords? Password managers, such as 1Password, Lastpass and Keepass solve that problem. They are used by more than three times as many experts than non-experts, and experts are four times more likely to name them as one of the most important things they do online. The researchers cite one expert as saying that “’password managers change the whole calculus, because they make it possible to have both strong and unique passwords”.

Yet only 18% of non-experts thought the advice to use a password manager was “very effective”, and some even explicitly said they don’t trust them. Their reasoning is that password managers can be hacked, and that if other software has bugs and flaws, who can guarantee the same problems won’t apply to managers? In those worries, the users are backed-up by a team from Microsoft, who reported in 2014 that users should rely on easily-memorised passwords rather than managers.

But the security experts are clear: despite their concerns, using password managers is better than not. In fact, some of them even recommend writing the most valuable passwords down on paper. As one says, “malware can’t read a piece of paper”. But the number of experts actually writing down passwords was still lower than the number of non-experts.

As a rule of thumb, if you can remember all your passwords, you’re doing it wrong. Over half the non-experts claimed to remember every password, while just 17% of the experts said the same.

Perhaps because of companies such as Google or Twitter being increasingly pushy about trying to encourage users to switch to two-factor authentication (2FA) – where a password is backed up by a code linked to a specific mobile phone – almost two-thirds of non-experts say they use the security system on their accounts. Those rates still lag behind the experts, but the high numbers suggest that the message is getting through.

6) Visit secure websites, even if you don’t recognise them

Non-experts tend to claim that they keep safe by only visiting websites they already know about: “Visiting websites you’ve heard of doesn’t mean they are completely safe, but there is a higher chance of this,” explains one. But they might be exaggerating slightly: while 21% of non-experts said that not visiting unknown websites was an important safety practice, only 7% of them claimed to never visit unknown websites.

Even though 32% of experts said they “rarely” visit unknown websites, the more important piece of advice – and the one where the experts differed from the non-experts – was to check for HTTPS, the secure connection protocol, when visiting an untrusted website. In fact, it was the third most mentioned security practice amongst experts.

But not everything security experts do is something to be followed. Despite recommending that users not click links on emails from unknown sources – a way to avoid phishing emails as well as targeted malware – the researchers themselves admit to doing so. “I do all the time,” one said, laughing, “but I tell my mother not to.” Another admitted that the advice is given more for simplicity’s sake than because it’s the best thing to do: “I never really found a way of giving more precise advice for people who are not technical on what is really safe and what is not.”