Leaked papers reveal NZ plan to spy on China for US 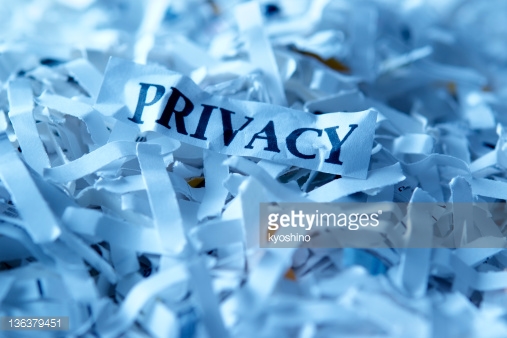 Our spies and America’s top government hackers cooked up a plan to crack into a data link between Chinese Government buildings in Auckland, new Edward Snowden documents reveal.

The project appeared aimed at tapping data flowing between the Chinese consulate and its passport office in Great South Rd — and using the link to access China’s computer systems.

The revelation is the most explosive of the information about New Zealand revealed in the Snowden documents — and has sparked a firm Chinese diplomatic response giving rise to concerns our security relationship with the United States is impacting our trade relationship with China.

Read also: How NZ and US agents plotted to spy on China

A Chinese Embassy spokesman told the Herald on Sunday: “China is concerned about relevant report. We attach great importance to the cybersecurity issue.

“We will firmly safeguard our security interests and continue to guarantee our cyber and information security with concrete measures.”

Documents appear to show the plan was codenamed “Frostbite” by New Zealand’s GCSB spy agency and “Basilhayden” by the US National Security Agency (NSA) — the latter name taken from a type of Kentucky bourbon once identified as James Bond’s drink of choice.

The paperwork reveals the GCSB worked with the NSA’s elite hacker team — the Tailored Access Operations division — which specialises in cracking computer systems and planting spyware on computers.

A 2013 NSA document showed China at the top of a list of targets it was having monitored by the GCSB, saying the New Zealand agency gave the NSA “access to areas and countries that are difficult for the United States to access”.

But it is unknown if the plan went ahead because, as sign-off was being sought, whistleblower Snowden walked out of his job with a trove of secrets.

The documents emerged in a reporting project between the Herald on Sunday, investigative journalist Nicky Hager and the US news site, The Intercept, which had access to Snowden’s information.
Key and GCSB acting director Una Jagose would not discuss the plan or say if it went ahead.

Jagose said the GCSB only did work that was “explicitly authorised” and it had external, independent oversight.
A spokeswoman for Key said the Government would not respond to claims made from documents “stolen” by Snowden.
She said our intelligence agencies contributed to “our national security and the security of New Zealanders at home and abroad”.
China is our largest trading partner — the two-way trade is worth $20 billion a year — and Greens co-leader Russel Norman said the revelations put that relationship at risk.

NZ China Association president Gerald Wong said the plan would be an unexpected revelation to China. “To develop a mutual, trusting relationship you have to be open with each other.

“It’s just like a normal friendship — you don’t expect your friends to spy on you. I think the general principle of doing it is wrong.”

Wong, who is also on the advisory board of the NZ China Council launched by Key in 2012 to retain and build a strong relationship with China, said he did not believe it was possible for New Zealand to cling to the US security relationship and China for trade benefits if the GCSB were running operations such as those targeting the data link.

“If the United States can’t get their data, that’s their problem. We shouldn’t have to get the data for the US.”

But Victoria University professor of strategic studies Robert Ayson said China wouldn’t be surprised and would also spy on its trading partners.

“It would be nice to think diplomatic communications are always respected but the real world is that someone is going to be trying to find them out. Governments don’t like situations where the copying activities they are conducting are given full light of day.”

“Breaking international agreements to spy on Chinese diplomatic communications in Auckland is reckless. It would bring very little, if any, benefit to New Zealand. If discovered and exposed, it carries enormous economic risk,” Dr Norman said.

“Spying on Chinese diplomatic communications in New Zealand to curry favour with the US government spy agencies is pointless and reckless.”

Such spying was “amazingly short-sighted” of the National Government, he said, and would likely lead to “some form of overt or covert retaliation”.

“The fact that John Key must have personally approved this operation will add insult to injury as the personal relationship between Government leaders is seen by the Chinese Government as particularly important,” Dr Norman said.

“What these documents show is that John Key is willing to subvert New Zealand’s broader international economic and political interests to please the US Government.”