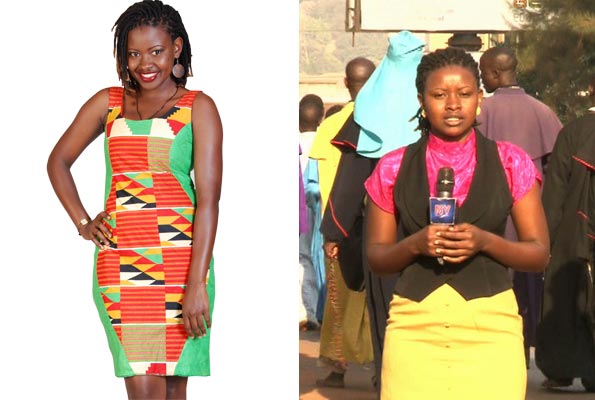 Dr. Nyanzi’s social media posts were critical of government and the first lady Janet Museveni in particular for failing to provide sanitary pads to school girls.

Speaking to Unwanted Witness-Uganda, the NTV news reporter said that her trouble started after published a blog on 1st April 2017, titled ‘Stella Nyanzi only did what we have feared to do.’

Uwitware says she has since received unanimous messages threatening her and demanding that she pulls down her blog. 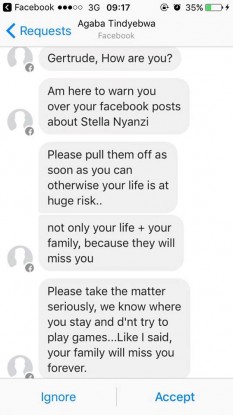 “Please pull them off as soon as you can otherwise your life is at huge risk not only your life, but your family because they will miss you. Please take the matter seriously because we know where you stay and don’t try to play games…like I said, your family will miss you forever,” reads parts of the messages.

While addressing the media recently, Janet Museveni advise parents among others, not to transport their kids to school on Boda Bodas (motor cycles) before making a pronouncement that government had no money to procure pads for school-going girls despite President Museveni’s pledge on the same during the last elections, triggering an ugly attack from Dr Nyanzi.