Google and Yahoo outraged that the NSA tapped its cables

Home Google and Yahoo outraged that the NSA tapped its cables 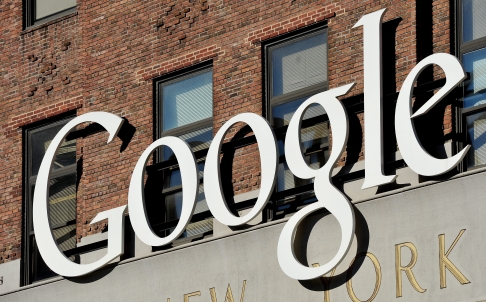 Google and Yahoo reacted with anger as reports emerged that the US National Security Agency and its British counterpart had apparently tapped the fibre-optic cables connecting overseas servers of the two technology giants and were copying vast amounts of e-mail and other information.

In partnership with the British agency known as Government Communications Headquarters (GCHQ), the US spying agency used weak restrictions on its overseas activities to exploit major US companies’ data to a far greater extent than previously realised, The Washington Post reported citing NSA documents leaked by former contractor Edward Snowden.

Google and Yahoo said that they were unaware of government accessing of their data links. Sarah Meron, a Yahoo spokeswoman, said the company had not co-operated with any government agency for such interception, and David Drummond, Google’s chief legal officer, expressed outrage.

“We have long been concerned about the possibility of this kind of snooping, which is why we have continued to extend encryption across more and more Google services and links,” Drummond said.

In an interview with Bloomberg News on Wednesday, NSA director general Keith Alexander was asked if the NSA had infiltrated Yahoo and Google databases, as detailed in The Washington Post story. “Not to my knowledge,” he said. “We are not authorised to go into a US company’s servers and take data. We’d have to go through a court process for doing that.”

It was not clear, however, whether Alexander had any immediate knowledge of the latest disclosure in the report.

In a separate statement, NSA spokeswoman Vanee Vines said the NSA had “multiple authorities” to accomplish its mission, and “the assertion that we collect vast quantities of US persons’ data from this type of collection is also not true”.

Companies such as Google that operate internet services – including e-mail, online document and photo storage and search queries – send huge amounts of data through fibre-optic lines between their data centres around the world. Those data centres are kept highly secure using heat-sensitive cameras and biometric authentication, and companies believed that their data flowing among the centres was secure.

The NSA could physically install a device that clipped on the cable and listened to electric signals or insert a splitter in the cable through which data would travel, said Nicholas McKeown, an expert in computer networking and a professor at Stanford University in the US. Or, he said, someone with remote login access to the cable’s switch or router could also redirect data.

The Washington Post said that under a system codenamed MUSCULAR, GCHQ was storing data taken from the interception in a rolling three- to five-day “buffer”, during which the two agencies decoded it and filtered out information they wanted.