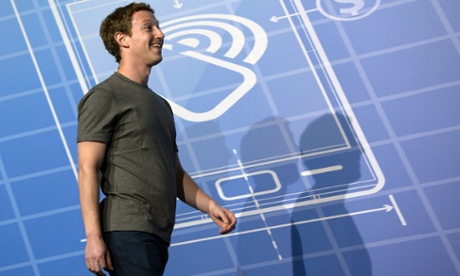 New figures from Facebook show that the German government makes more requests for user data, relative to the size of its Facebook user base, than any other.

Despite the nation’s reputation for protecting internet freedom, bolstered in the wake of the Edward Snowden revelations and the German government’s response, Facebook’s latest transparency report reveals that Germany made 2,537 requests for user data in the first half of 2014.

With the country’s Facebook population estimated at 22 million by eMarketer, that means the government made 115 requests for data for every million users. Those requests referenced 3,078 user accounts, but just a third of them led to some data being produced.

But requests from Britain and America are significantly more likely to be granted than those from mainland Europe; 71% and 80% of requests are granted, a success rate twice as high as that of Germany or France (where just 30% of requests lead to data being handed over).

“We scrutinize every government request we receive for legal sufficiency under our terms and the strict letter of the law, and push back hard when we find deficiencies or are served with overly broad requests,” said Facebook’s deputy general counsel, Chris Sonderby.

“More broadly, we continue to work with our industry and civil-society partners to push governments for additional transparency and to reform surveillance practices necessary to rebuild people’s trust in the internet. While we recognize that governments need to take action to protect their citizens’ safety and security, we believe all government data requests must be narrowly tailored, proportionate to the case in review, and subject to strict judicial oversight.”

As well as requests for data, Facebook also revealed that access was restricted to nine pieces of content in the UK following court injunctions. In the US, no such content was restricted, while three countries – India, Turkey, and Pakistan – restricted access to more than a thousand pieces of content each, with India topping the censorship charts after imposing restrictions on 4,960 items. The country has the second-largest Facebook user base after the USA.

On Monday, the head of GCHQ argued that technology companies such as Facebook and its subsidiary WhatsApp were not doing enough to help western governments fight radical groups such as Isis. Writing in the Financial Times, Robert Hannigan described the social media services as “command-and-control networks” for insurgents and terrorists. Number 10 concurred, with a spokesman telling the Guardian that David Cameron “very much shares the view that is being expressed there around the use of web-enabled, internet-access technologies by violent and extremist groups among others, and the need to do more.”