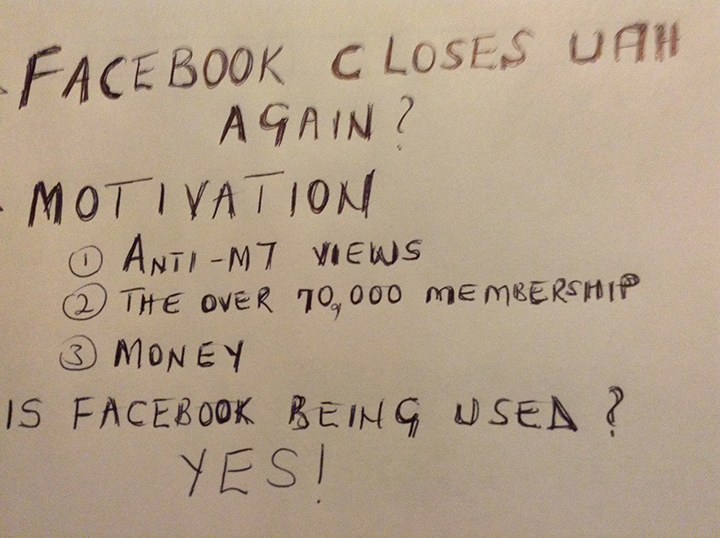 Management of facebook has given in to pressure from Uganda and closed a facebook page for online activists named Ugandans At Heart community group, blocking over 70,000 members from enjoying their freedom of expression online.

The advocacy platform was first closed on 2nd December 2014 but reopened before Christmas following a meeting between facebook team and UAH members, on January 6th 2015 the paged was closed again and reopened two days later. But this was short lived as facebook closed the page before the end of second week of January to date.

“A Ugandan is being paid to keep reporting the group to facebook and because of the overwhelming numbers (over one billion subscribers worldwide) facebook do not have time to review individual complaints resulting in the closure of genuine online activists.” Says Abbey Ssemuwemba the founder of Ugandans At Heart.

Ugandans At Heart facebook page is an advocacy platform and in repressive regimes like the Museveni government, such citizenry engagements and expressions are regarded as threats to the powers.