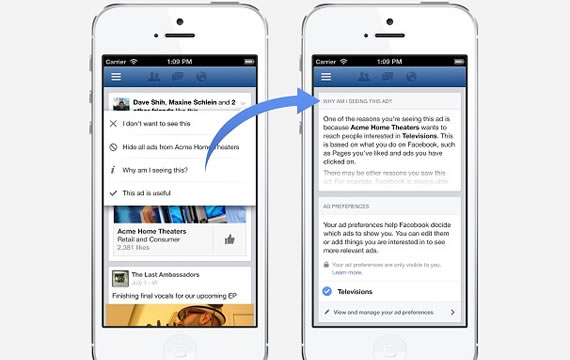 Facebook came under fire Thursday from privacy advocates who say that changes to its ad network mark an unprecedented expansion of its ability to collect users’ personal data. The advocates are also criticizing the Federal Trade Commission for allowing Facebook to make the changes and argue that the network’s size gives it too much knowledge about its users.

The social network announced the changes in an official company blog post Thursday, saying it will now draw information from other Web sites to inform its ad choices, mirroring the set-up that many other online advertisers use. The changes will take effect first for U.S. users, who should see them roll out in the coming weeks. The company currently bases its decisions about what ads users see mostly on the posts and pages that users follow or “like” within the site. Other advertisers are able to use off-site information to decide which ads to show Facebook users through Facebook’s ad exchange, but the social network itself has not previously used that information to choose ads for users’ central feeds.

Facebook, of course, is no stranger to privacy criticism. In 2011, the company settled charges with the FTC over changes to its privacy policy. As part of that settlement, the company is required to get users’ explicit permission to make significant changes to its privacy policies and must submit to periodic privacy audits for 20 years. In its announcement Thursday, the company said that it will follow competitors in joining the Digital Advertising Alliance and adopting that organization’s central tools to let users opt out of data collection for ads. Facebook also introduced a new tool on its site that allows users to get more information about why they’re seeing certain ads.

Facebook public policy manager Rob Sherman said that Facebook’s changes mirror the actions of its competitors and added that the company believes the new tool is an industry first.