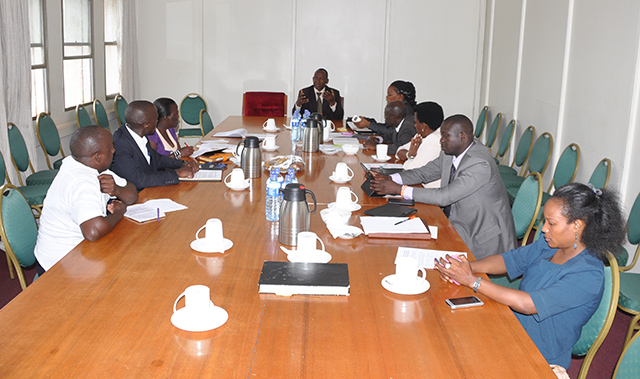 A blame game has ensued between the two arms of government as citizens’ intensify their constitutional demand for government’s observance of citizens’ right to privacy as enshrined in article 27 of the 1995 Uganda constitution.

The legislative arm is blaming that of administration for delaying to table the privacy bill on the floor of parliament for 3years now ever since they promised to do so.

The legislators raised the fingers while receiving a report by the unwanted witness Uganda, highlighting citizens’ concerns over the worrying situation of privacy and data protection in the country.

“As the ICT committee of parliament, we contend that this report contains genuine human rights concerns. But for the last 3years parliament has been waiting for cabinet to table the privacy and data protection bill before parliament all in vain.” The vice chairperson parliamentary committee on ICT, James Kabajo Kyewalabye laments.

ICT Committee members further recalled the controversy that surrounded the enactment of the interception of communication act that is currently being implemented by the ministry of defense.

However unwanted witness stressed that without a data protection law in place, such controversies are likely to escalate because of unregulated powers.

“The absence of a law protecting personal data in Uganda has facilitated the state and other persons with access to such data including telecommunication companies to misuse personal data where many citizens have lost money or live.” Says Jeff Wokulira Ssebaggala, the Unwanted witness Chief Executive Officer.