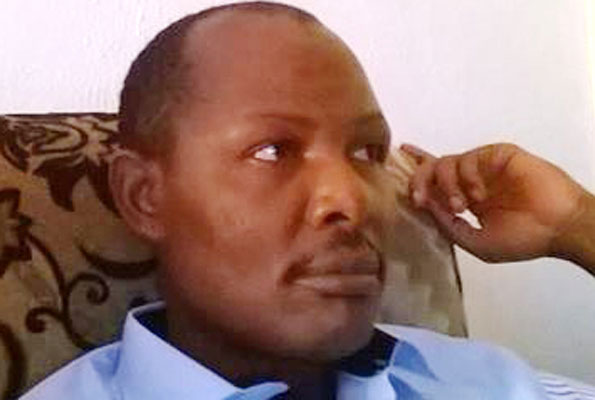 Kampala. Former intelligence operative with the Internal Security Organisation Charles Rwomushana has been released four days after he was detained at the Special Investigations Division at Kireka, Wakiso District.

Police deputy spokesperson Polly Namaye yesterday confirmed Mr Rwomushana’s release saying he is free and is not under preventive arrest as some reports earlier claimed.

“When he was released on Monday evening, Mr Rwomushana claimed he was worried about his security. So he was given two guards to escort him to his home. But he later told the guards to stay for a night,” Ms Namaye said in a telephone interview.
Police said they were investigating Mr Rwomushana for publishing hate-speeches on his social media platforms in connection with circulating a photograph of a dead man claiming he was the missing Christopher Aine.
Mr Aine is the head of Independent presidential candidate Amama Mbabazi’s security team.
Mr Rwomushana’s friends including Mr Peter Kibazo, a television broadcast host, who visited him at his home, posted photographs on social media of armed police officers inside Mr Rwomushana’s compound.
They said Mr Rwomushana had told them he isn’t allowed to move out of his home.
However, efforts to get a comment from Mr Rwomushana were futile as his known mobile telephone number was unreachable.
However, Ms Namaye said they fear if they remove the guards, Mr Rwomushana may disappear and claim he had been kidnapped by State agents. Police said on Monday that Mr Rwomushana had made hate speeches on different media platforms against a section of people in Uganda.
At a press conference in Kampala, human rights activists said Mr Rwomushana sustained injuries during his arrest on Friday.
“We have visited him at his home and witnessed bruises he sustained during the arrest,” said Mr Geoffrey Ssebagala, the chief executive officer of Unwanted Witness Uganda, a civil rights body.