Crackdown on social media is a threat to digital rights, says activists

Crackdown on social media is a threat to digital rights, says activists 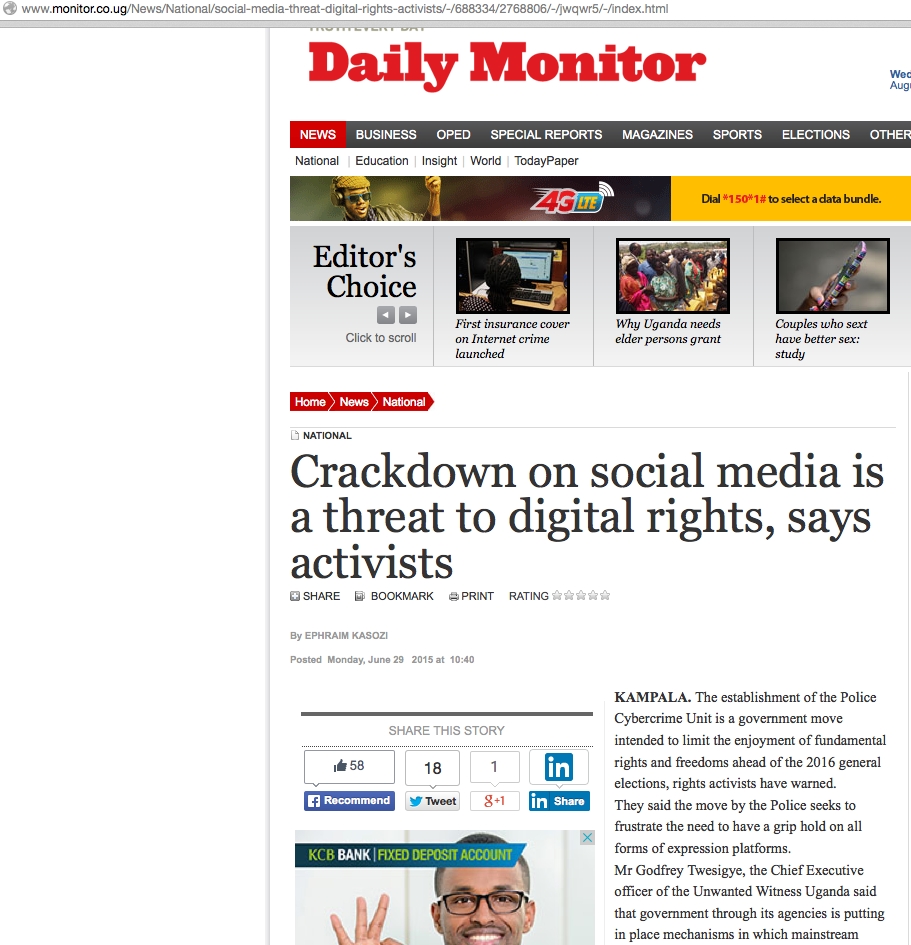 KAMPALA. The establishment of the Police Cybercrime Unit is a government move intended to limit the enjoyment of fundamental rights and freedoms ahead of the 2016 general elections, rights activists have warned.
They said the move by the Police seeks to frustrate the need to have a grip hold on all forms of expression platforms.
Mr Godfrey Twesigye, the Chief Executive officer of the Unwanted Witness Uganda said that government through its agencies is putting in place mechanisms in which mainstream traditional media is controlled to the extent of practicing self-censor by journalists.

“We believe that the above actions however lawful are made under the color of law, are unconstitutional as they intend to limit the enjoyment of fundamental rights and freedoms contrary to the Constitution. While the yet to be challenged legal framework provides the government with the authority to monitor and undertake surveillance of all communications done on whatever frontiers including the internet through social media, such acts are intended to stifle divergent opinion and especially internet freedoms,” he said.

Addressing journalists in Kampala, Mr Twesigye warned that online activists are currently witnessing an orchestrated move by the government and its agencies to continually control dissent and diverging opinion including controlling and or restricting the platforms through which such dissent filters to the entire public.