China Clamps Down on Web, Pinching Companies Like Google

Home China Clamps Down on Web, Pinching Companies Like Google 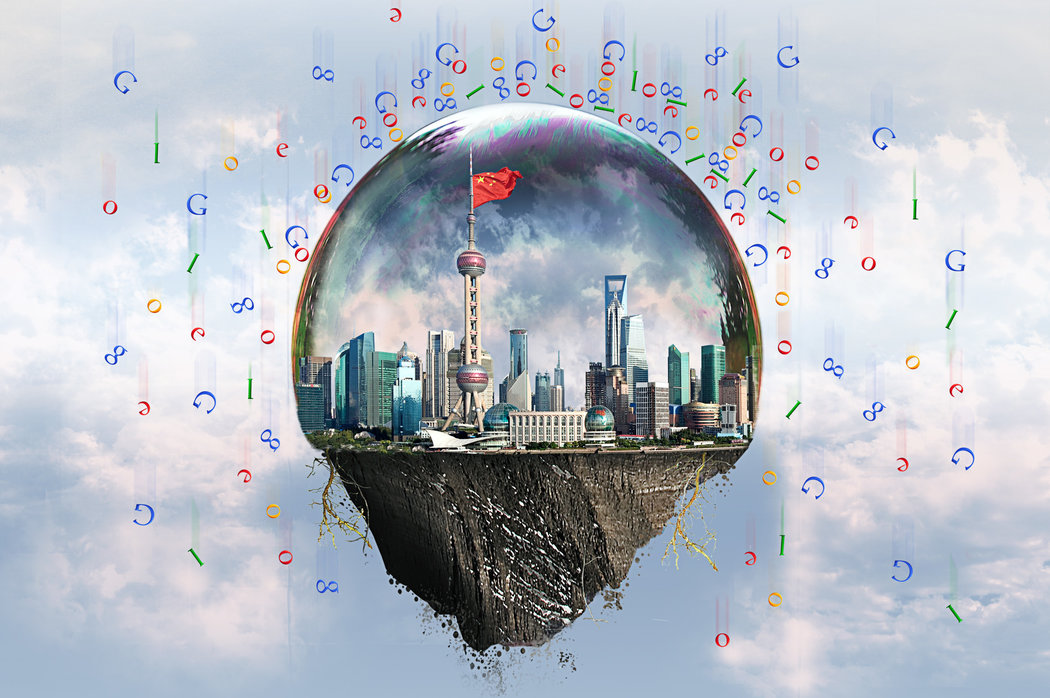 HONG KONG — Google’s problems in China just got worse. As part of a broad campaign to tighten internal security, the Chinese government has draped a darker shroud over Internet communications in recent weeks, a situation that has made it more difficult for Google and its customers to do business. Chinese exporters

have struggled to place Google ads that appeal to overseas buyers. Biotechnology researchers in Beijing had trouble recalibrating a costly microscope this summer because they could not locate the online instructions to do so. And international companies have had difficulty exchanging Gmail messages among far-flung offices and setting up meetings on applications like Google Calendar. “It’s a frustrating and annoying drain on productivity,” said Jeffrey Phillips, an American energy executive who has lived in China for 14 years. “You’ve got people spending their time figuring out how to send a file instead of getting their work done.” Continue reading the main story RELATED COVERAGE The lawsuit against China Unicom over blocked access to Google is thought to be the first of its kind.Sinosphere Blog: Lawsuit Raises Questions Over China’s Internet CensorshipSEPT. 5, 2014 In recent months, Weibo has been eclipsed by WeChat, which allows instant messaging within self-selected circles of followers.An Online Shift in China Muffles an Open ForumJULY 4, 2014 A file photo of Google’s main office in Beijing.China Escalating Attack on Google JUNE 2, 2014 The United States secretary of state, John Kerry, at a news conference in Beijing in February.Sinosphere Blog: Chinese Blogger Says He Was Fired After Meeting With KerryMAY 26, 2014 The pain is widespread. Two popular messaging services owned by South Korean companies, Line and Kakao Talk, were abruptly blocked this summer, as were other applications like Didi, Talk Box and Vower. American giants like Twitter and Facebook have long been censored by China’s Great Firewall, a system of filters the government has spent lavishly on to control Internet traffic in and out of the country. 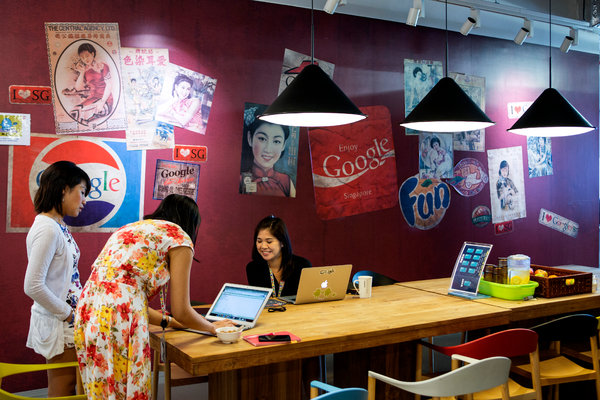 Even as Google and other big technology companies have lobbied heavily for an easing of the restrictions, Beijing’s broader scrutiny of multinationals has intensified. In late July, antimonopoly investigators raided Microsoft offices in four Chinese cities to interrogate managers and copy large amounts of data from hard drives. Qualcomm, a big maker of computer chips and a holder of wireless technology patents, faces a separate antimonopoly investigation.

The increasingly pervasive blocking of the web, together with other problems like severe air pollution in China’s urban centers, has led some businesses to transfer employees to regional hubs with more open and speedier Internets, like Singapore. And more companies are considering similar moves.

“Companies overlooked Internet problems when the economy was booming,” said Shaun Rein, managing director of the China Market Research Group, a Shanghai consulting firm. “But now a lot of companies are asking whether they really need to be in China.”

The chief technology officer of a start-up in China said it had been especially difficult to use Google Drive this summer, making it a challenge for employees to share files and documents.

“We were hooked on collaborative editing,” said the chief technology officer, who insisted on anonymity for fear of reprisal from the Chinese authorities. “You can edit a Word document or spreadsheet together and everything is kept in sync — that way our management could track the status of the products we were working on.”

As Alibaba’s initial public offering of stock in New York on Thursday demonstrated, China has produced many highly successful web businesses. But many executives and researchers say that a number of homegrown Internet services are poor substitutes for the multinationals’ offerings.

Jin Hetian, an archaeologist in Beijing, said it was difficult to do research using Baidu, a local search engine that has limitations for searches in English and other non-Chinese languages and that provides fewer specialized functions. “I know some foreign scientists are studying the rings of ancient trees to learn about the climate, for example, but I can’t find their work using Baidu,” Ms. Jin said. “When in China, I’m almost never able to access Google Scholar, so I’m left badly informed of the latest findings.”

Kaiser Kuo, a spokesman for Baidu, said the company focused on indexing websites written in Chinese, since most of its customers are Chinese speakers.

Access to some overseas academic sites has also been blocked. A Peking University professor was recently unable to file a letter of recommendation for a student applying to study at an American university because China had blocked the school’s website, said a physics researcher at Peking University who insisted on anonymity for fear of retaliation by the Chinese authorities.

Google’s troubles in China have been building up for years.

The company shut down its servers in mainland China in March 2010 to avoid online censorship and began directing users in China to obtain unfiltered results from its servers in Hong Kong. The Chinese government then began intermittently blocking the Hong Kong servers as well, notably by halting the ability to reach the site for up to 90 seconds if a user tried to enter anything on a very long list of banned Chinese characters, including those in national leaders’ names, and some English words.

Google began encrypting users’ searches and results all over the world early this year, partly in response to the former National Security Agency contractor Edward J. Snowden’s disclosures about United States government surveillance. That shift by Google — using Internet addresses that start with “https” — made it harder for Chinese censors to determine who was pursuing the types of inquiries that they discourage.

But the Chinese government responded on May 29 by blocking virtually all accessto Google websites, instead of just imposing 90-second delays when banned search terms were used. Experts initially interpreted the move as a security precaution ahead of the 25th anniversary of the Tiananmen Square crackdown on June 4. But the block has largely remained in place ever since.

“Internet security is being raised to a much higher degree,” said Xiao Qiang, a specialist in Chinese Internet censorship at the University of California, Berkeley, School of Information. “It overrides the other priorities, including commerce or scientific research.”

The Chinese authorities typically allow a tiny fraction of searches and other Google activities to go through normally each day, with a slightly higher percentage being completed from mobile devices than from other devices. The government even unblocks Google for several hours roughly once a month, before reblocking it.

Because censors permit a trickle of traffic to reach Google’s servers in Hong Kong, many Chinese users keep reloading their Google pages again and again in the hope of getting through. This is creating an impression among many Chinese users, which state-controlled media have done little to dispel, that the problem must lie in shoddy Google service and not in the government’s blocking of most Google activity.

“We’ve checked extensively, and there’s nothing technically wrong on our end,” said Taj Meadows, a spokesman at the company’s Asia headquarters, in one of Singapore’s most expensive harbor-front office buildings.

Mr. Meadows declined to provide any comment on the blocking, except to say that Google was still focused on selling mobile and display ads in China and on providing ads and other services to Chinese businesses seeking to attract global consumers.

China’s crackdown on foreign Internet services coincides with two trends. One lies in the country’s growing worries about domestic terrorism, particularly after a series of deadly attacks at train stations this year. The other is ever-rising nationalism, directed primarily at Japan but also at Japan’s allies, notably the United States.

President Xi Jinping of China, who is also the Communist Party chief, has made clear that he wants to maintain the party’s primacy. He has signaled the importance he places on controlling the Internet by personally taking the top position in the party‘s leading group on cybersecurity.

Internet users have tried any number of workarounds in China, with varying degrees of success.

Mr. Phillips, the energy executive, said some of his friends in China used Outlook email instead of Gmail because Outlook email tended not to be blocked. But he voiced reluctance to switch his own email account after seeing media reports of the government raids on Microsoft’s offices. “What if they get blocked next? You can’t keep switching services all the time.”

Frustrated users have often resorted to “virtual private network,” or V.P.N., services to evade China’s Internet filters. But those services, too, have come under concerted attack from the authorities, who have interrupted service to them with increasing frequency. Many ordinary citizens cannot afford or obtain access to V.P.N.s to begin with.

In the meantime, Google’s business continues to erode. Its share of the Chinese search engine market fell to 10.9 percent in the second quarter of this year, as the stepped-up blocking began to take effect — compared with one-third in 2009, when it still had servers there.

That has led to the rise of a number of locally run application stores, which analysts say will sometimes market pirated copies of software or charge extra to promote a new application. Companies are often forced to create versions of their apps for China that are slightly different from the versions distributed to the rest of the world on Google’s app store.

“Because Google Play has low market share” in the Chinese market, “app publishers who have applications worldwide on Google Play don’t receive the proportionate share of users in China without publishing to local Android stores, even if they have localized Chinese versions,” said Bertrand Schmitt, chief executive of App Annie, a company that tracks global app distribution.

Google also hosts publicly available libraries of coding scripts and fonts on its servers, but China now blocks these libraries. The chief technology officer at the start-up said his company had resorted to creating its own libraries and hosting them on its own servers, wasting costly computing power and space.

“We have our own closed server in the office and host things there,” he said. “That’s not going to the cloud; it’s like going back to the early 2000s.”