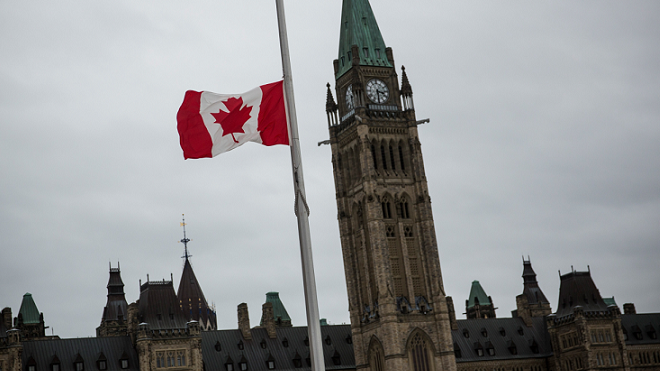 Hundreds of Canadians gathered in cities across the country over the weekend, coming together to protest the controversial anti-terrorism Bill C-51. The bill is set to return to the House of Commons floor this week for its third and final reading.

The Conservative government introduced Bill C-51 in January. It would grant extensive police powers to the Canadian Security Intelligence Service (CSIS) without increasing oversight, according to the CBC. It would also enable law enforcement to arrest someone if they believe a terrorist act “may be carried out,” in place of the current standard of “will be carried out.”

According to National Magazine, “the criminal prohibitions are augmented by new seizure warrants, which allow police to order Canadian-based website hosts and publishers to delete or remove information that advocates or glorifies terrorism.”

The government has said it will allow several amendments to the bill, including establishing limits on inter-agency information sharing, but opponents maintain that even with the changes, the bill is still too broad.

Bill C-51 could also subject environmental or Aboriginal rights activists to increased surveillance. Earlier this year, The Globe and Mail said that the legislation identifies “activity that undermines the security of Canada” as anything that interferes with the economic or financial stability of Canada or with the country’s critical infrastructure. There are concerns that the bill is going to target people who are protesting against different Canadian government policies.

Several groups are encouraging Canadians to speak up against Bill C-51 by joining protests in their area or calling their local MP’s office to tell them to vote against it. So far, nearly 200,000 people have signed an online petition against Bill C-51.