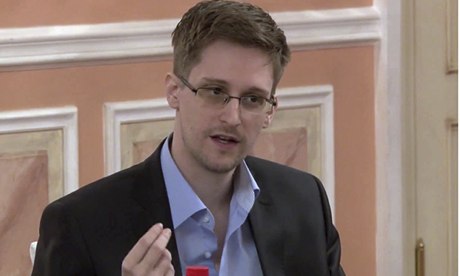 David Cameron has admitted he had failed to make the case for mass surveillance of communications data following revelations by the former National Security Agency contractor Edward Snowden.

In a two-hour session in front of the select committee on national security strategy, the prime minister said that after the next election parliament would need to develop a cross-party consensus in favour of fresh legislation to modernise the way the intelligence services and police monitored communications data.

His remarks are both an acknowledgement that current laws are outdated and a determination to return to the issues that were raised in the draft communications bill abandoned by the coalition following protests by the Liberal Democrats.

The reference to the next election is likely to be an acknowledgement that he does not think he will be able to reach agreement on the shape of any legislation with his Lib Dem coalition colleagues.

The prime minister claimed that the Snowden revelations had damaged UK national security interests, and said newspapers that covered the leaks should think again.

In front of the select committee on national security strategy, Cameron also revealed that the cabinet was about to start a discussion of the overseas aid programme, looking at whether some of its budget could be re-focussed on conflict prevention.

It is known that the Ministry of Defence sees the review as a way of merging some of its budget with overseas aid.

He also said he was very worried at the danger posed by British citizens coming back “radicalised from Syria”.

“I do think politicians, police chiefs, the intelligence services have got a role in explaining what this is all about. Snowden inevitably raises questions about ‘who has access to my data and why’.

“But I am absolutely convinced that proper rules for communication data collection are essential. I do not think we have got across to people yet the absolute basis of this.

“In most of the serious crimes, such as child abduction, comms data – who called who when and where was the phone at the time, not the content of the call – the comms data is absolutely vital.”

He continued: “I love watching crime drama on the television, as I should probably stop telling people. There is hardly a crime drama that is not solved without using the data of a mobile communications device. If we don’t modernise the practice and the law over time we will have the communications data to solve these horrible crimes on a shrinking proportion of the total use of the devices.

“That is a real problem for keeping people safe. At the start of the next parliament, we have got to build a cross-party case for legislation to deal with this.”

He said the government should take civil liberties concerns seriously but get them in proportion.

He expressed satisfaction that the public was “unmoved” by the Guardian revelations, saying: “I sense the public reaction, as opposed to some of the media reaction, is: ‘Look, we have intelligence services because it is a dangerous world and there are people that want to do terrible things.’ ”

He added: “I am very worried about the damage that Snowden is doing to our security and I would encourage the newspapers that are endlessly dallying in this to think before they act because we are in severe danger of making ourselves less safe as a result.

“I think the public reaction has not been one of shock horror. It has been much more one of ‘intelligence agencies carry out intelligence work, good’.”

He said the signs in Syria of British citizens going to Syria and returning radicalised were extremely worrying.

He said: ” Every discussion we have had about Syria we have also discussed the dangers of British people travelling to Syria, and the dangers of terrorism and extremism.”