Bridging the Gender Digital Divide, a Cause for National Development.

Home Bridging the Gender Digital Divide, a Cause for National Development. 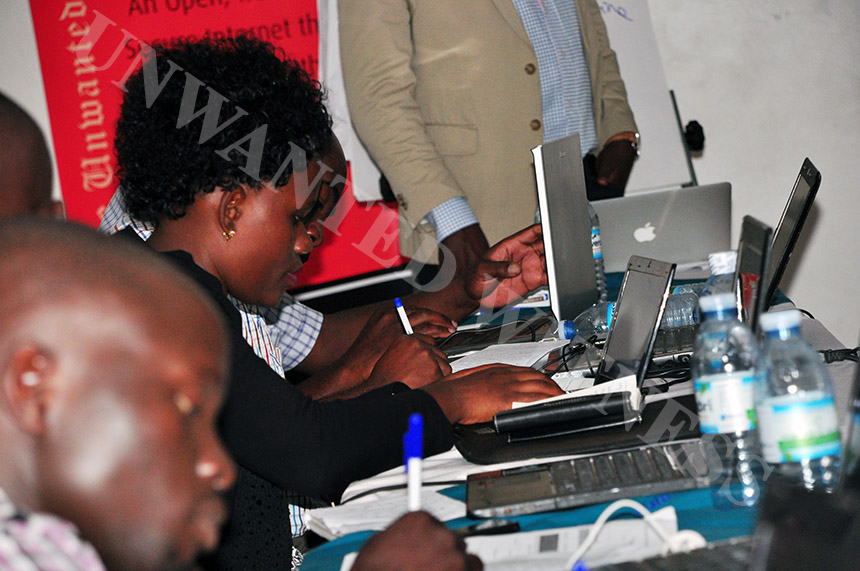 By the Unwanted Witness team;

Information and Communication Technologies (ICTs) are now an irreplaceable tool in society given the number of people going online to conduct everyday activities such as business and banking, education, seeking employment, civic engagements and forming and maintaining social relationships. For many of us, being digitally connected is an integral part of our day-to-day lives and it is difficult to imagine having to function without Internet access.

ICTs and access to the Internet provide basic infrastructure for the 21st Century and a set of tools that when appropriately used can offer benefits for women in all spheres of life. The internet has real potential to mitigate or even remove barriers that have precluded women from participating more fully in digital society. This preclusion is termed as gender digital divide.

Digital divide is composed of a skill gap and a gap of physical access to information technology therefore gender digital divide is the variation in Internet use and access between men and women. Gender divide is regarded as one of the most significant inequalities amplified by the digital revolution.
In Uganda the gender divide within the digital space is apparent and reflected not only in the lower numbers of women ICT users compared to men but also in the persistence of gender specific structural inequalities that constitute barriers to access.

As Uganda goes to the polls next year, the Unwanted Witness Uganda under the #Internet4Ug campaign would like to draw the attention of stakeholders to rectification of the numerous barriers that impede women in Uganda from access the online space. 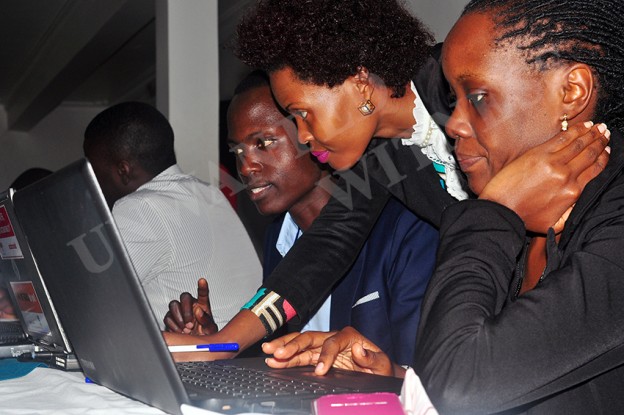 A lady powered trainer helping out participant’s during one of UW’s trainings aimed at empowering Women in ICT.

Illiteracy and high cost; These are major barriers affecting women from accessing online space. 64% women are said to be literate compared to 82% men and without this fundamental skill, the Internet and its benefits will remain of out reach for majority women.
On average women earn 30% to 50% less than men, which diminishes their ability to afford, adopt and benefit from broadband access.

Limited free time; women have less time due to their triple role of domestic, productive and community management responsibilities leading to much longer work days than men. This is further hampered by the fact that Internet enabled facilities are located far from homes reducing on one’s likelihood for access.

Geographical location; 85% of Uganda’s population reside in the rural areas with women and girls constituting close to 60%. These groups of people suffer even more gender related discrimination than their urban counter parts. Rural women are trapped in traditional family roles and lack the basic digital literacy skills that could allow them achieve more of their potential.
ICT infrastructure in the rural Uganda is less dependable and travelling to ICT centers is more difficult for women due to the cost, time and cultural reasons.

Access to Computer; Women in Uganda have a low income compared to men and therefore cannot afford own a computer and because of their domestic roles, they are unable to spend time or visit an Internet café. This limits women’s access to online platforms hence the information gap.

Cyber Violence Against Women; Uganda has in the recent past been a washed with cyber violence against women which vice is threatening the few women and girls who are currently online. These violations include, cyber stalking, sexual harassment and revenge pornography. The perpetrators of online revenge pornography, which is the current form of online invasion on women’s privacy are charged under the anti pornography act. The legislation however charges both the perpetrator and the victim with no room for deterrence.

Policy regime; Uganda signed and ratified the convention on the Elimination of all forms of discrimination against women (CEDAW). CEDAW emphasizes the importance of gender equality and the promotion of women’s rights and provides for the right of women to have access to credit and appropriate technology. Without the Internet, a woman may not be able to access information to further her own and her children, obtain practical tools and information to run her business effectively, seek life saving medical advice or engage with the government and civil society.

So as the world advances, government’s approach to empower citizens and combat poverty, discrimination and development must evolve with it. It is widely known that investing in women’s progress is the most direct and effective way to invest in progress economically and socially around the world. Thus bridging the Internet gender gap is crucial and requires determination of government, public institutions and civil society.

The Unwanted Witness recommends that the next government undertake the following steps to bridge the gender digital divide in Uganda;