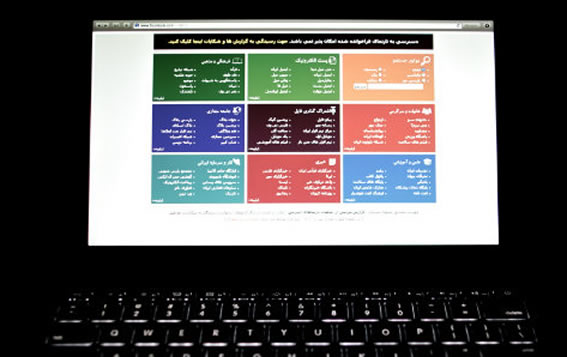 This year, at least 10 Internet users were arrested in Bahrain for insulting the king on Twitter. A woman in India was arrested for ‘liking’ a Facebook post criticizing city service disruptions due to a political dignitary’s funeral. In Venezuela, the websites of popular news outlets were hit by cyberattacks on election day. This is what Internet censorship looks like in 2013.

Internet use remains on the rise — as of mid-2013, over a third of the world’s population had used the Internet, and this figure is set to double by 2020. And as Internet use continues to increase, so does censorship. Many states, concerned with the power of the new medium to bring about political change, have stepped up their efforts to control and suppress information posted online, in increasingly sinister ways. According to a new Freedom House study, Freedom on the Net 2013, a growing number of governments not only block and filter information they find objectionable, but are increasingly monitoring who is posting what, and finding ways to punish them. Consequently, the number of Internet users who land in jail has gone up dramatically, as has the number of people attacked and beaten for their online writing. Many of those arrested are not political activists, but everyday citizens who post their opinions on sites like Facebook and Twitter without realizing that what they write might land them into legal trouble or put them in harm’s way. All told, 34 of the 60 countries evaluated by Freedom House experienced a decline in Internet freedom this year. Unless these negative trends are stalled, the Internet could morph from a liberating technology into a tool utilized by governments to more efficiently control their citizens and silence dissenting voices.

Here, Freedom House looks at the 10 most common methods used by governments around the world to control and censor the Internet over the past year.

Governments around the world are increasingly blocking access to what they deem undesirable information. In many cases, the censorship targets content involving child pornography, illegal gambling, copyright infringement, or the incitement of violence. But a growing number of governments are also deliberately blocking access to information related to politics, social issues, and human rights. Of the 60 countries evaluated by Freedom House, 29 have blocked websites to suppress political and social content. China, Iran, and Saudi Arabia possess some of the most comprehensive blocking and filtering capabilities, effectively disabling access to thousands of websites, but even some democratic countries like South Korea and India have at times blocked political websites. Jordan and Russia, which previously blocked websites only sporadically, are among the countries that have intensified their efforts over the past year.

Instead of merely blocking and filtering information that is deemed undesirable, an increasing number of countries are passing new laws that criminalize certain types of political, religious, or social speech, either explicitly or through vague wording that can be interpreted as is convenient. Consequently, more users are being arrested, tried, or imprisoned for what they say or do online. Even countries that filter heavily often find that criminal penalties remain an important deterrent (China, Vietnam, and Iran have some of the harshest laws when it comes to online speech), and Turkey, Bangladesh, India, and Azerbaijan are among the countries that have significantly stepped up arrests of users over the past year. In India, a woman was arrested for posting a comment on Facebook in which she complained about service disruptions in her town due to a funeral of a political dignitary; her friend who “liked” the post was also arrested. In fact, some governments may prefer to institute strict punishments for people who post offending content rather than actually blocking it, as this allows officials to maintain the appearance of a free and open Internet while imposing a strong incentive for users to practice self-censorship.

Many governments, seeking a less visible means to infringe on Internet freedom, have taken steps to increasingly monitor individuals’ online behavior or communications. Governments across the spectrum, from democracies to authoritarian regimes, have boosted their surveillance capabilities in recent years or have announced their intention to do so. Although some surveillance may be necessary for fighting crime or preventing terrorist attacks, these powers are increasingly abused for political ends. Governments in 35 of the 60 countries examined upgraded their technical or legal surveillance powers over the past year. In the United States, revelation of widespread NSA surveillance has prompted a debate on the legitimacy and legality of such measures, particularly considering their global impact. Increased surveillance, particularly in authoritarian countries where the rule of law is weak, often leads to increased self-censorship: users become hesitant to risk repercussions by criticizing the authorities online.

Some governments and their sympathizers are increasingly using technical attacks to disrupt online networks of human rights activists and the political opposition, eavesdrop on their communications, and cripple their websites. Over the past year, such attacks were reported in at least 31 of the 60 countries evaluated by Freedom House. In Venezuela, for example, during the 2012 and 2013 presidential campaigns, the websites of popular independent media — Noticiero Digital, Globovisión, and La Patilla — were repeatedly subject to distributed denial-of-service (DDoS) attacks, which increased on election days and during the vote count. In countries ranging from China to Belarus to Vietnam to Bahrain, opposition figures and activists are routinely targeted with malicious software masked as important information about political developments or planned protests. When downloaded, the malware can enable attackers to monitor keystrokes and eavesdrop on personal communications. Although activists are increasingly aware of this practice and have been taking steps to protect themselves, the attacks are becoming more sophisticated and harder to detect.

The phenomenon of paid pro-government commentators has spread in the past two years, appearing in 22 of the 60 countries examined in this study. The purpose of these commentators — covertly hired by government officials, often with public funds — is to manipulate online discussions by trying to smear the reputation of government opponents, spread propaganda, and defend government policies when the discourse becomes critical. China, Bahrain, and Russia have been at the forefront of this practice for several years, but countries like Malaysia, Belarus, and Ecuador are increasingly using the same tactics, particularly surrounding politically sensitive events such as elections or major street protests.

Governments and powerful nonstate actors are increasingly resorting to physical violence to punish those who disseminate critical content online, with sometimes-fatal consequences. In 26 out of 60 countries, at least one blogger or Internet user had been attacked, beaten, or tortured for something posted online. In five of those countries, at least one activist or citizen journalist was killed in retribution for information posted online — in most cases information that exposed human rights abuses. Syria was the most dangerous place for online reporters, with approximately 20 killed over the past year. In Mexico, several online journalists were murdered after refusing to stop writing exposés about drug trafficking and organized crime. In Egypt, several Facebook group administrators were abducted and beaten, while security forces allegedly targeted citizen journalists during protests.

Instead of blocking objectionable websites, many governments opt to contact the content hosts or social media sites and request that the content be taken down. While takedown notices can be a legitimate means of dealing with illegal content with the right safeguards in place, many governments and private actors are abusing the practice by threatening legal action and forcing the removal of material without a proper court order. More nefarious still is the practice — particularly common in authoritarian countries — of government officials informally contacting a content producer or host and requesting that information be deleted. In some cases, individual bloggers or webmasters are threatened with various reprisals should they refuse. In Russia and Azerbaijan, for example, bloggers have reported deleting posts from their websites after being told that they would be fired from their jobs, barred from universities, or detained if they did not comply.

Given the increasing role of social media in political and social activism, particularly during the Arab Spring, some governments have been specifically targeting sites like YouTube, Twitter, and Facebook in their censorship campaigns. In 19 of the 60 countries examined, authorities instituted a blanket ban on at least one social networking platform. However, as their knowledge and sophistication grows, some governments are beginning to move toward a more surgical approach: blocking access to individual pages or profiles, or requesting companies disable access to specific offending content. We saw these dynamics at work following the protests that erupted after the anti-Islam video Innocence of Muslims appeared on YouTube. Voice over Internet Protocol (VoIP) and free messaging services such as Skype, Viber, and WhatsApp are also frequently targeted — in some countries due to difficulties authorities face in intercepting these communication tools and in others because the telecommunications industry perceives them as a threat to their own revenue. Lebanon, Ethiopia, and Myanmar are among several countries where the use of VoIP services remained prohibited as of May 2013.

An increasing number of countries are making Internet intermediaries — whether Internet service providers (ISPs), site hosting services, webmasters, or forum moderators — legally liable for the content posted by others through their services and websites. As a consequence, intermediaries in some countries are voluntarily taking down or deleting potentially objectionable websites or comments to avoid legal liability — in China, for example, private companies maintain whole divisions responsible for monitoring the content of social media sites, search engines, and online forums, deleting tens of millions of messages a year based on administrators’ interpretation of both long-standing taboos and daily directives from the ruling Communist Party. In 22 of the 60 countries examined, intermediaries were held to what Freedom House judged to be a disproportionate level of liability, either by laws that clearly stipulate such rules or by court decisions with similar effects. In one example from last year, Brazilian authorities issued arrest warrants for two senior Google Brazil executives on the grounds that the company failed to remove content that was prohibited under strict laws governing electoral campaigns.

Throttling or shutting down Internet and mobile service entirely

During particularly contentious events, a few governments have used their control over the telecommunications infrastructure to cut off access to the Internet or mobile phone service in a particular town, a region, or sometimes the entire country. Egypt became the best-known case study in January 2011, when the authorities shut off the Internet for five days as protesters pushed for the ouster of longtime president Hosni Mubarak. However, a number of other countries have also cut off access to the Internet or mobile phone networks. In Syria, several such shutdowns occurred over the past year. In Venezuela, the dominant ISP temporarily shut off access during the presidential election in 2012, allegedly due to cyberattacks. India and China disabled text messaging on mobile phones in particular regions during protests and rioting. In addition to outright shutdowns, some countries deliberately slow down connection speeds to prevent users from uploading videos or viewing particular websites without difficulty.