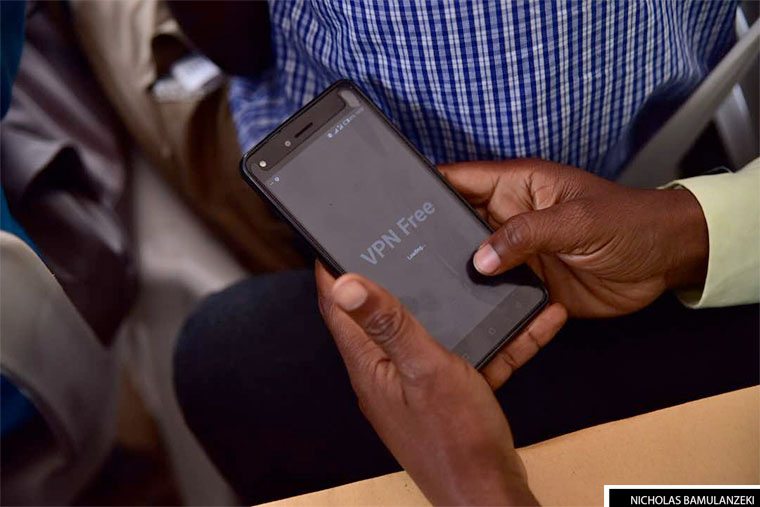 A new report has called for better laws to police aggressive forms of phone tapping, saying this would preserve the privacy of users.

Telecom companies in Uganda are increasingly growing their mobile data consumers as a source of huge revenue. Revenue from mobile data is growing at a faster rate than money from voice calls. Telecom firms are the biggest taxpayers in Uganda.

However, the State of Digital Rights in Uganda 2019 report, points to a violation of the consumers’ privacy as security organs engage in phone tapping and all sorts of data mining without the knowledge of users.

“The report therein provides a trends analysis of surveillance tools augmented by facial recognition and artificial intelligence that are playing an increasingly prominent role in facilitating government control over citizens. This is exacerbated by location monitoring, phone-tapping and biometric use. Data and technology are a reflection of power and control by those who collect the data, threatening the enjoyment of fundamental freedoms including the right to privacy, freedom of expression and civic space,” the report notes.

The report was done by Unwanted Witness, a civil society organization. Due to some people fearing a breach of their privacy, they have stayed away from certain platforms, which affects the revenue streams of telecom firms.

“Social media snooping and restrictions violate a right to privacy, enabling discrimination and restricting freedom of expression/association. Individuals are less likely to join certain groups of interest for fear of having their activities monitored. Such actions drive citizens into self-censorship, downplaying their democratic participation,” the report pointed out.

Ugandans laws appear to have offered the security operatives some leeway in snooping around phones and other gadgets. Section 3 of the Communications Act, 2010 provides for the establishment of a “Monitoring Centre” while section 8 mandates all telecommunications service providers to install relevant equipment with the capability of intercepting communications and also ensure that subscribers register their phone and data Sim cards.

According to the report, Uganda’s internet penetration and internet subscriptions in 2019 stood at 37.9 per cent of the population and 15.2 million respectively, aggregating to a total number of 23 million internet users, a growth attributed to the 0.8 per cent increase in demand for smartphones.

These numbers should facilitate business growth. However, Unwanted Witness is worried that this might not be the case. The organization feels that the state is “beginning to see the Internet more as a political risk than human right or an economic opportunity.”

The report is critical of Uganda government’s deep relationship with China in the ICT sector.

“China’s proliferation of digital authoritarian tools presents serious challenges from a country that lacks public scrutiny and oversight mechanisms, as the technology is likely to be used to quell mass protests and monitor opposition politicians,” the report notes.

Letter to the Ministry of ICT; calling for the observance of Human Rights in the application of surveillance Technologies to fight COVID-19