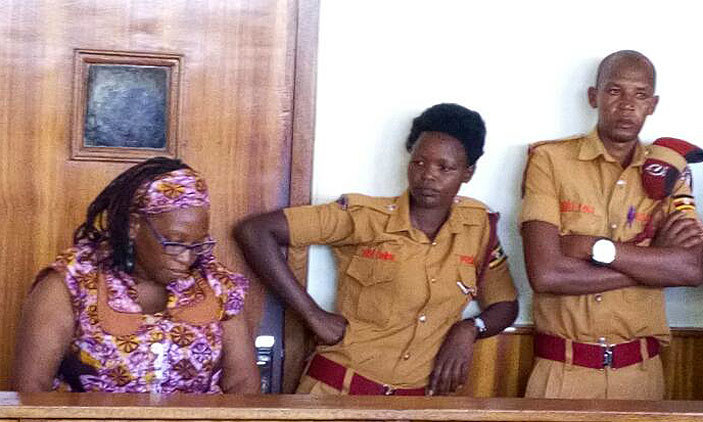 Dr Stella Nnyanzi, a research fellow at Makerere University has been remanded to Luzira Maximum prison after pleading not guilty to two counts of; cyber harassment and offensive communication contrary to sections; 24 (1) (2) (a) and 25 of the computer misuse act 2011 respectively.

Nyanzi, who was arrested on 7th April 2017, appeared before Eremye Mawanda, the Chief Magistrate at Buganda Road Court for plea taking.

Prosecution alleges that on January 28 2017, at Kampala district or thereabout, used her computer to post on her facebook page, “Stella Nnyazi” wherein she made a suggestion referring President Museveni as among others, a “pair of buttocks” which suggestion is offensive or indecent.

Prosecution further alleges that between January and March 2017, in Kampala district willfully and repeatedly used electronic communication to post messages of offensive in nature via facebook, transmitted over the internet to disturb or attempt to disturb the peace, quiet or right to privacy of the “dictator” with no purpose of legitimate communication.

But before Nyanzi’s remand, prosecution had made application seeking a court order to among others, to detain the suspect for a period not exceeding 14 days to allow state carryout a mental examination to ascertain whether she is of sound mind.