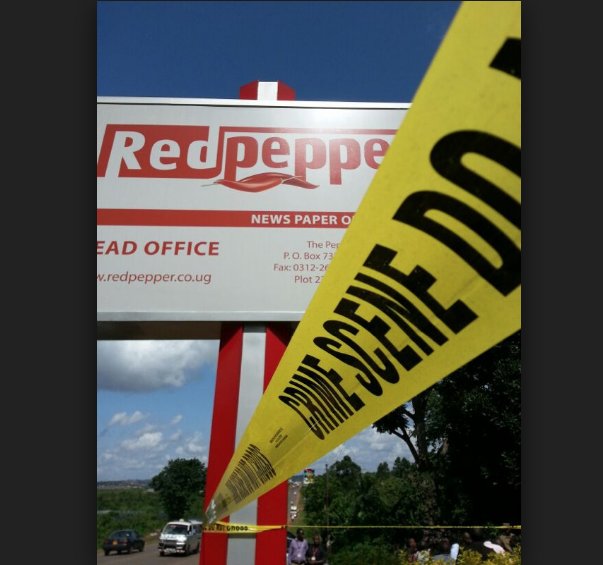 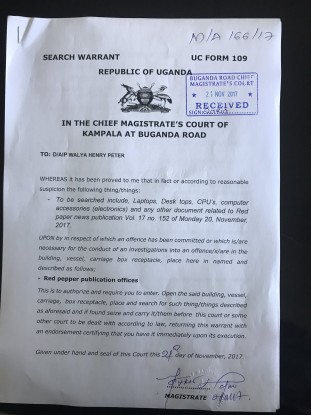 According to the search warrant obtained by Unwanted Witness-Uganda, the Chief Magistrate of Buganda Road Court, the police on Tuesday secured orders to among others, search Laptops, Desktops, CPUs, computer accessories (electronics) and any other documents related to Red Pepper news publications Vol. No 152 of Monday 20th, November 2017.

“This is to authorize and require you to enter, open the said building, vessel, carriage, box receptacle, place and if found, seize and carry it/them before this court or some other court to be dealt with according to the law, returning this warrant with an endorsement certifying that you have immediately upon its execution,” the magistrate so ordered in the search warrant.

Unwanted witness has learnt members of staff found in the premises, were also directed to surrender their phones and electronic gadgets to security personnel and ordered to vacate.

The raid comes barely three months after police raided offices of three Non Government Organizations in Uganda and confiscated electronic gadgets, which have never been returned to date.