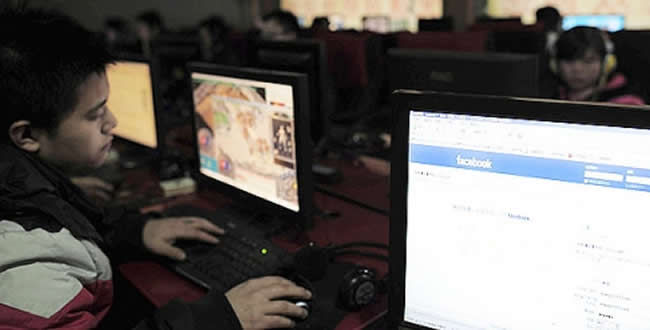 A libellous online post that is forwarded more than 500 times or viewed more than 5,000 times could land its author in jail for up to three years, according to the mainland’s first judicial interpretation to control rumours on the internet.

The legal move comes as the Communist Party ramps up its campaign to rein in the internet following President Xi Jinping’s call to “seize the ground of new media”.

I would have to shut up on the internet now. If you want to put a person in jail, the easiest way would be to forward his untrue post 500 times

The Supreme People’s Court and Supreme People’s Procuratorate, the country’s top prosecution body, jointly issued the document yesterday. It set out the terms on what constitutes a criminal offence when it comes to spreading rumours or misinformation on the internet. The guidelines take effect today.

Besides quantifying the number of views or reposts that can get an internet user in trouble, the interpretation stipulates that any untrue post found to cause mental illness, self-harm or suicide can be considered a “serious case” also punishable by up to three years in jail. Other such “serious cases” include posts that lead to mass protests, instigate ethnic or religious clashes, damage the nation’s image or “cause a bad international effect”.

Aside from facing libel charges for online rumours, an offender can also be charged with stirring up trouble, extortion or operating an illegal business.

Such charges previously referred only to crimes that occurred in what is described as “the public arena” and did not cover the internet. “Cyberspace is also part of the public sphere,” said Sun Jungong , the top court’s spokesman. “The internet has already been intertwined with people’s real life.”

But the legal document still provides leeway for real-name internet users who accuse officials of wrongdoing.

Sun said those who posted false corruption allegations about officials online could be exempted from libel charges as long as the content is proved not to be deliberately fabricated.

“On the one hand, online rumours are perceived to damage social stability. On the other hand, the internet has increasingly become an indispensable component of the anti-graft campaign,” Tong said.

The new rules have already been criticised by internet users and given rise to serious concerns about freedom of speech.

“I would have to shut up on the internet now,” one said. “If you want to put a person in jail, the easiest way would be to forward his untrue post 500 times.”

Beijing rights lawyer Zhou Ze said he was “deeply upset” about the legal document. “It aims to put free speech under surveillance,” he said.