Uganda’s CCTV Surveillance system: Is it about stemming crime or Violating Rights?

Home Uganda’s CCTV Surveillance system: Is it about stemming crime or Violating Rights? 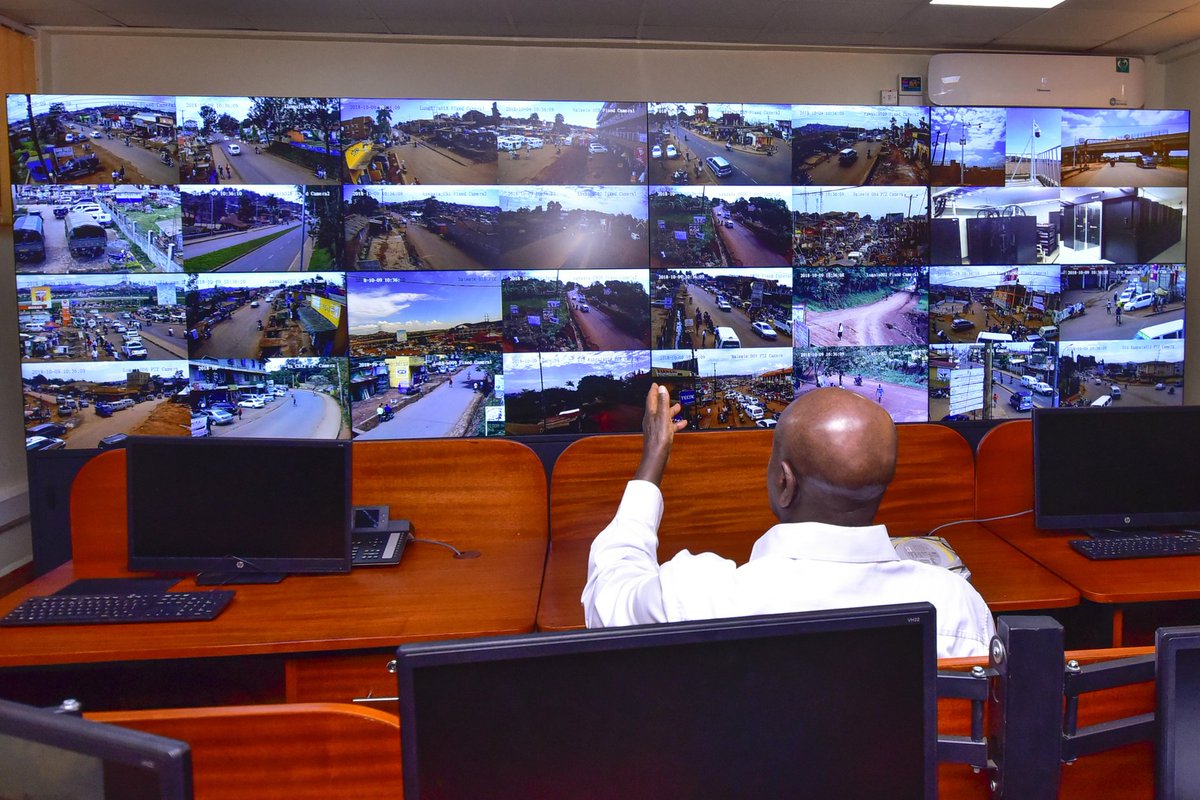 As things stand now at least every major road in Uganda’s capital Kampala has a CCTV camera installed.  The system that controls all these camera is manned by a police force which has been frequently accused by citizens of clamping down on dissent.

Government argues that the system  is a measure   meant for stemming urban crime and terrorism.  Yet there is no compelling evidence to show that hardcore criminals have been netted as a result of installing cameras, besides failing to meet the test of legality, necessity and proportionality as international recognized standards.

Consequently, before crime infested areas have been thought about, cameras have been strategically installed in areas in which people have a low opinion of the President Museveni who has been in power for over 30 years. This will enable security agencies keep tabs on opposition activists, observers say.    At the recent press conference held at police headquarters Naguru , Deputy Spokesperson Polly Namaye boosted  that the  total number of cameras to be installed is 5552 and so far 60 percent ( 1940) of these have been installed and covered areas of 795.37 kilometers with fiber optic cables which are crucial for the CCTV cameras.

Recently the project was buoyed after Parliament gave government a green light to borrow $104 million (Shs380 billion) from Standard Chartered Bank for the second phase of installation of CCTV cameras in Kampala, still.  Though all these questionable multibillion loans are being obtained there is no law to regulate the CCTV cameras and this is salient issue in a report authored by the parliamentary committee on national economy.   With no law in place to regulate how these cameras operate, there are legitimate fears that collected data is likely to be analyzed with an intention of finding a crime.

Human Rights Activists, contend the lack of law to regulate surveillance risks people’s right to privacy as personal data can easily be accessed by unauthorized individuals.

The right to privacy is an important human right that protects the citizens’ dignity People who have no rights of privacy are vulnerable to limitless intrusions by governments, corporations, or anyone else who chooses to interfere in your personal affairs.

Uganda’s constitution article 27, under clause 2 provides that, “No person shall be subjected to interference with the privacy of that person’s home, correspondence, communication or other property. Uganda is signatory to international human rights instruments which guarantee the right to privacy. For instance, article 12 of the Universal declaration of human rights states: No one shall be subjected to arbitrary interference with his privacy, family, home or correspondence, nor to attacks upon his honor and reputation.