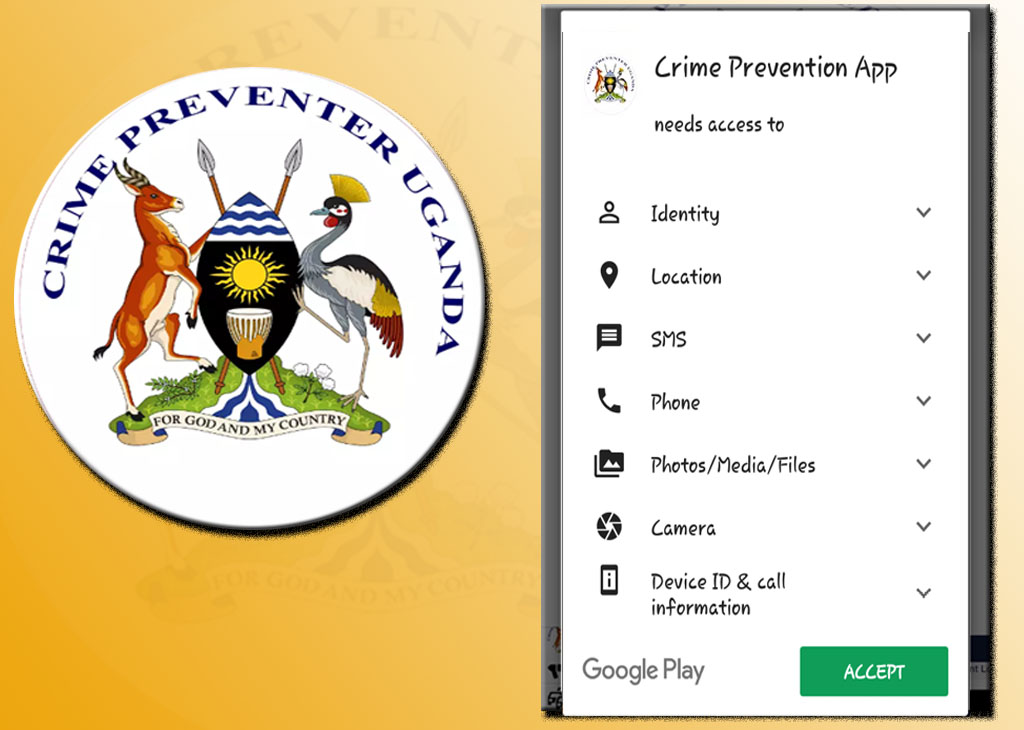 According to the Unwanted Witness preliminary findings, the application which is currently available on Google play store for android users, has hidden features that enable it have full access to the network connections through tapping into user’s SIM card to locate a network mast one might be connected to even when the location command on user’s device isn’t turned on.

Although upon downloading the app on the device seeks permission on location, calls, phone identity, photos and media files, just like any other app but downloading Crime Preventers app threatens Internet users’ right to privacy and puts lives at risk of being targeted.

The investigations further discovered that the app has access to send messages or duplicate your communications into the wrong hands and it has other abilities to use other apps or accounts that are already installed on ones’ device, which easily facilitates surveillance.

And, finally the app creates an indirect account upon downloading it on the device that one can’t sign out and the best way to do it is to uninstall the app.

The Unwanted Witness investigations into the app are still on going and will be releasing its final findings.