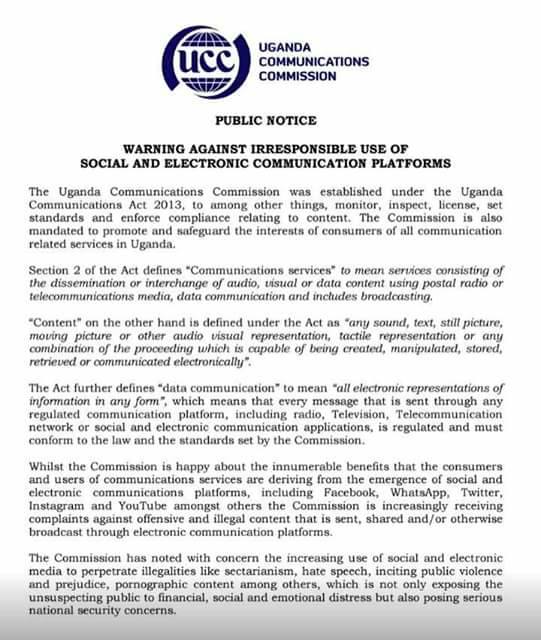 In a letter dated 14th September 2017, UCC claims that it has registered several complaints of perpetrated illegalities such as sectarianism, hate speech, inciting public violence and prejudice, pornographic materials among others. This according to UCC does not only expose the unsuspecting public to financial, social and emotional distress but also posing serious national security concerns.

The commission’s warning letter comes 2days after ruling party (NRM) Members of Parliament passed a resolution to amend article 102(b) of the constitution to left the presidential age limit. The MPs’ action has been widely criticized by citizens using different social media platforms.

In February and May 2016, UCC directed Internet service providers to block the Internet during the country’s general elections and presidential inauguration respectively under the guise of national security.